A stay-at-home mother-of-one has escaped a bout of unpaid work for drink driving after a probation worker said she’d ‘just pick up a sicknote’ to avoid doing it.

Armani Nicholson, 28, was seen laughing outside of South Tyneside Magistrates’ Court after the ruling.

She had been banned from driving for the second time in four years after going clubbing in South Shields in September and then driving home.

The 28-year-old lives with her five-year-old son in Hundens Lane, Darlington. 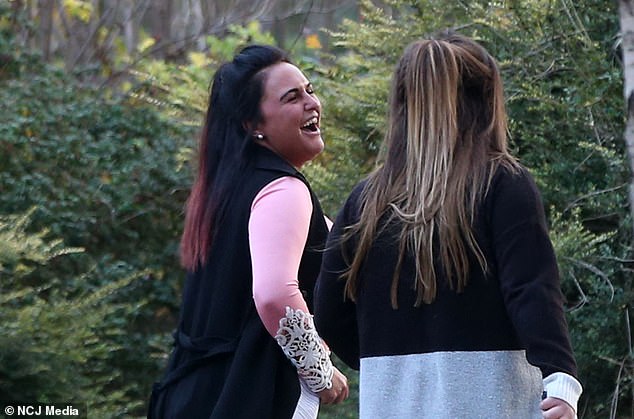 Armani Nicholson, 28, was seen laughing outside of South Tyneside Magistrates’ Court after the ruling where she avoided unpaid work

Nicholson pockets £900-a-month in benefits and had been partying with friends when police pulled her over near Whitburn.

She was taken back to the station but refused to take a breathalyser because of her ‘anxiety’.

Magistrates opted against unpaid work for the mother, after a probation worker said: ‘I’ve no doubt she will be straight off to pick up a sicknote.’

South Tyneside Magistrates’ Court heard that Nicholson has a history of handing in sicknotes to the probation service.

She also claimed that she’s waiting for NHS treatment for back pain and so she can’t work.

When stopped by the police, she had been driving home after a Saturday night out on September 29 turned violent.

The court heard she fled a club at 2.30am after bouncers kicked a group out for causing a fracas. 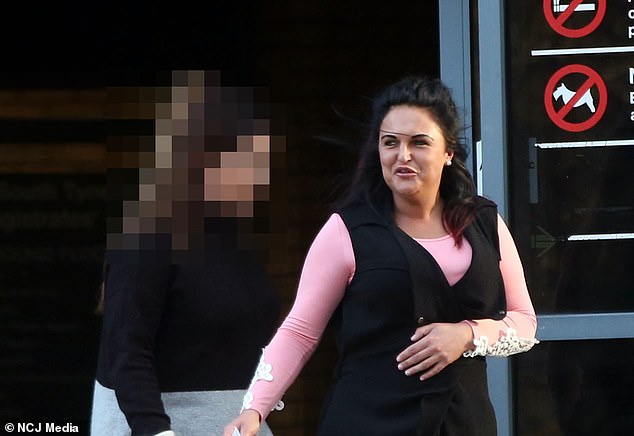 Fearing she may get caught up and ‘panicking’, Nicholson got the car keys and headed home with a friend – despite having been drinking.

She was charged with failing to supply a specimen and driving without insurance and has been banned for two years.

‘She’s in an awful mess and she could have hurt herself and her friend,’ said the probation worker.

Nicholson, who described herself as a ‘social’ drinker, was banned in 2014 for drink-diving and has another driving conviction.

In mitigation, her solicitor claimed she had simply been trying to escape the fracas safely and ‘didn’t think’.

She was also handed a community order, while the bench fined her £120 along with costs.

The cash will come out of her weekly benefits, despite probation claiming she said: ‘How will I pay it with money I’m getting?’