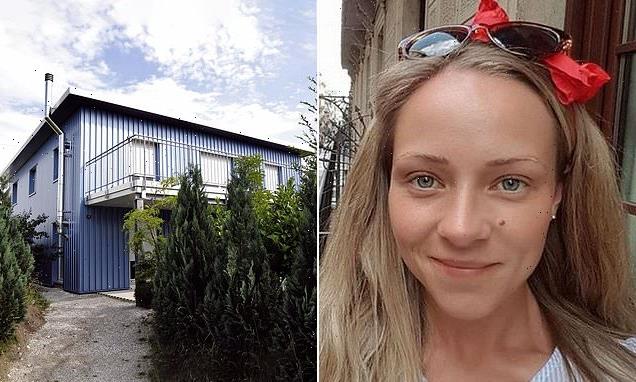 A mother-of-two emailed assisted dying clinic Dignitas saying ‘I want to die’ two days before she was found dead, an inquest has heard.

Hannah Jean Elizabeth Martin, 25, died at her home in Bilsborrow, between Preston and Garstang, Lancashire, in January 2019.

During an inquest yesterday at Accrington Town Hall, Ms Martin’s family described how she had suffered with mental health issues since the age of 13.

Her mother, Louise Phelan, said she ‘lit up the room when she entered it and was the life and soul of the party’.

Ms Phelan continued: ‘But she wasn’t able to cope with things at certain times and we were used to rallying round her and trying to make things better.’

The inquest heard that on January 19, two days before she was found dead, Ms Martin had sent an email to Switzerland-based Dignitas in which she wrote: ‘I want to die. I don’t want this life I have been given.’ 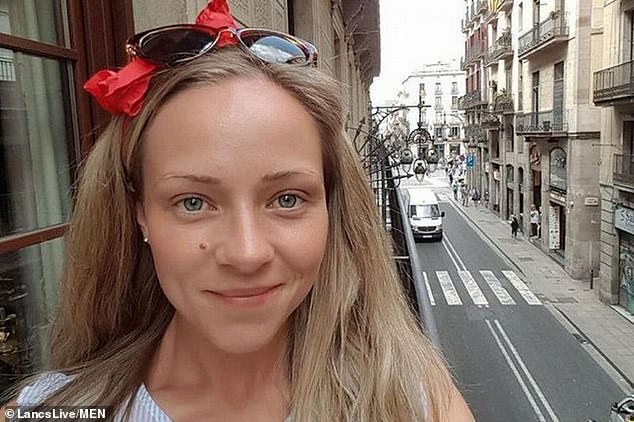 Hannah Jean Elizabeth Martin (pictured above), 25, was found dead at her home in Bilsborrow, between Preston and Garstang, Lancashire, in January 2019

When Hannah was 15 she was admitted to hospital after taking an overdose and, before her daughter was born in March 2011, she travelled to Germany in a bid to track down her father but found ‘no trace of him’, Ms Phelan said.

After working in a number of shops, including Littlewoods and Greggs, she got a job as a prison officer at HMP Liverpool in 2018.

‘I was so proud of her,’ Ms Phelan said.

Ms Martin started seeing a fellow prison officer but the relationship ended in December 2018 because of his ‘highly manipulative personality’, the inquest heard.

Her best friend Sarah Burrows described how the two women, who met at school, usually saw each other ‘most days’ but their level of contact reduced during 2018 because her boyfriend ‘had an issue with our friendship’.

Ms Burrows said: ‘It was a toxic relationship. When they split up I think that because she worked with him, and had invested so much in the relationship, it wasn’t easy for her to shrug it off. She wasn’t herself.

‘We always used to go out on little trips together, if we were just nipping to Sainsbury’s for example, but around that time I remember asking her if she wanted to come with me to pick up a pram and she said “no, I’m in bed, I’m tired.”

‘We used to go Christmas shopping together but that year (2018) there was nothing.’

On January 14, 2019, eight days before Ms Martin was found dead, her mother accompanied her to an appointment with her GP John Miles.

Ms Martin had taken some notes with her, a copy of which was read out during the inquest, in which she had written details of her mental state and past treatment. 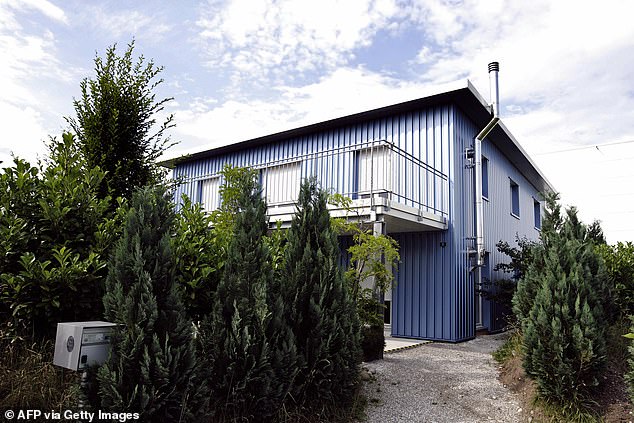 The inquest heard that on January 19, two days before she was found dead, Ms Martin had sent an email to Switzerland-based clinic Dignitas (building pictured above) in which she wrote: ‘I want to die. I don’t want this life I have been given’

Ms Phelan told the inquest: ‘She said she hadn’t been honest (with him) before but she was going to be now.

‘She wanted to come clean about how she was feeling and get some help.’

Dr Miles was so concerned about what Hannah told him, including that she had considered ‘getting a flight’ and running away, that he called Lancashire and South Cumbria NHS Foundation Trust mental health crisis team during the consultation.

Not long after Hannah left the GP surgery in Garstang she received a call from mental health nurse Cath Lupton who carried out a telephone assessment.

Ms Lupton told the inquest she would have considered Hannah to be ‘medium’ risk but noted she had protective factors, such as her two children, so opted to book her in for a face-to-face appointment, the earliest of which was available on January 31.

The coroner noted that this 17-day gap was a ‘longer than average’ waiting time for a non-urgent referral with the service, which is typically 10 days. 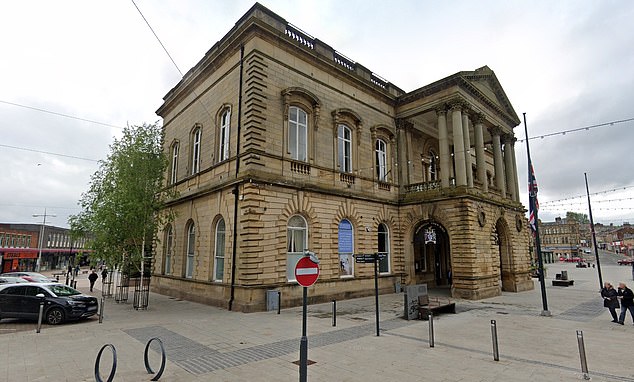 During an inquest yesterday at Accrington Town Hall (file photo above), Ms Martin’s family described how she had suffered with mental health issues since the age of 13

Ms Burrows said: ‘She told me the crisis team didn’t care and they could only give her an appointment on January 31 which [Hannah said] wasn’t soon enough and she felt like it was ages off.’

Seven days after Hannah had seen her GP, on January 21, Ms Burrows went to collect her own children from school – the same attended by Ms Martin’s daughter, who was seen stood with the teacher.

Ms Burrows told the inquest: ‘Something didn’t sit quite right. I tried ringing her, on her mobile and landline, but there was no answer.’

She went to Hannah’s home, where she met Daniel Walton, the father of one of Hannah’s children. Mr Walton smashed a window in order to gain entry to the house where they found Hannah dead.

Hannah’s brother Ben told the coroner that after his sister’s death he looked through her internet search history, emails and diary entries.

In the weeks before she died Hannah had attempted to research suicide methods.

The coroner asked Mr Martin: ‘The impression you got was that Hannah was considering taking her own life but she didn’t want any pain?’

The inquest is expected to conclude on Friday.

For confidential support, call the Samaritans on 116123, or go to www.samaritans.org