That’s one way to deal with PPI calls! Mother gives the phone to her two-year-old son who babbles at the confused adviser – and even gives him a kiss

A mother who was frustrated with constant PPI phone calls decided to pass them over to her two-year-old son to keep him entertained.

Alexander Grantham, from Clacton-on-Sea, Essex, is captured by his mother, Hollie Abrey, enjoying a chat with an adviser.

The excited tot babbles away while the caller asks: ‘Can you hear me?’ and ‘Pardon?’ 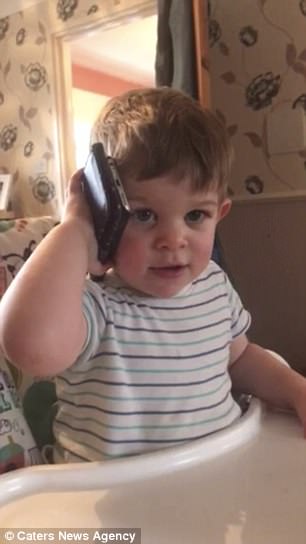 Two-year-old Alexander Grantham, from Clacton-on-Sea, Essex, was captured by his mother, Hollie Abrey, chatting away to a confused PPI adviser

Soon realising that the person he is talking to is only a child, the adviser says: ‘What’s your name?’

To this Alexander giggles and his mother encourages the toddler to say his name to which he replies: ‘Mummy.’

During the conversation Alexander starts giggling to himself and eventually he hangs up by placing a kiss on the phone.

Hollie, a stay at home mother, said: ‘I am always receiving calls from PPI and I usually give the phone to Alexander to talk to them.

‘I’m not interested in what they have to say and Alexander loves talking on the phone to people. 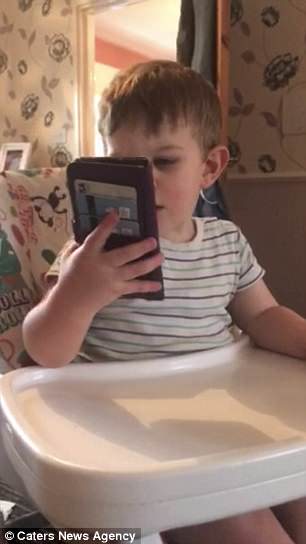 ‘Alexander answered the phone and started speaking to them for a couple of minutes.

‘I think whoever was on the other side of the phone eventually knew I gave the phone to my son because he was asking for my child’s name.

‘Alexander eventually wanted to hang up on them saying goodbye but ended up hanging up by kissing the hang up button on the screen.’

‘He has an amazing character, he makes everyone laugh and is very chatty, especially on the phone.

‘When I receive a call on my phone he takes it off me and just walks around chatting to whoever’s on the other line.’

The footage was filmed on April 2. 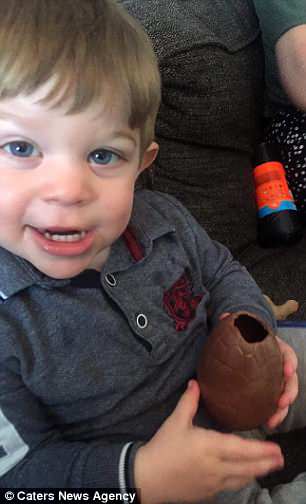 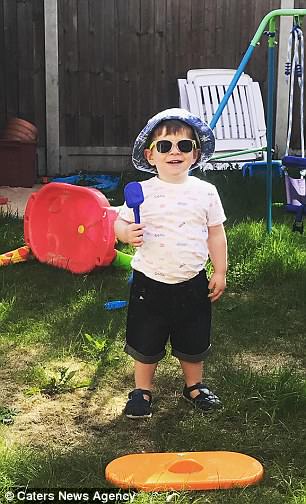 Hollie, a stay-at-home mother, says her son (pictured) loves talking to anyone and makes everyone laugh