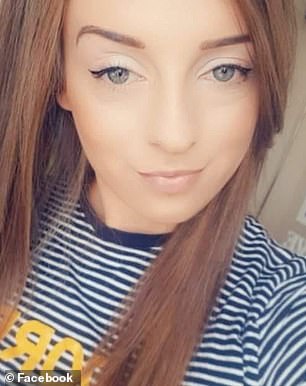 Taylor Parsons, 25, told neighbour Clair McKune she was going to take her ‘sleepers’ before going to bed the day before she died

A mother-of-two died after taking an overdose of sleeping pills while her young children played just feet away, an inquest heard.

Taylor Parsons, 25, told neighbour Clair McKune she was going to take her ‘sleepers’ before going to bed, but next morning Ms McKune noticed she hadn’t left the house so went to check on her.

One of Ms Parsons’ children opened the front door and she walked into the living room to find her friend seemingly asleep on the sofa. But after checking closer she realised Ms Parsons was unconscious so called 999.

Ms McKune, from Torquay, performed CPR guided by instructions from the emergency operator but was unable to revive her.

A pathologist report said the combined effect of all these drugs had acted together to target the central nervous system, making it increasingly hard for her to breathe.

Ms Parsons had started a college course at the end of 2018 but was finding it difficult to juggle being a single mother with the demands of her work and her depression, anxiety and back pain, the inquest heard.

At one stage she impersonated her mother Samantha to get painkillers.

Ms Parsons’ grandmother, with whom she was very close, had spoken to her just a few days before her death and found her to be ‘a bit low’, which she put down to her struggles with bringing up two young children on her own.

Ms Parsons had sought help for her mental health issues, approaching the Torbay Depression and Anxiety Service in May 2018 but later cancelling her appointment.

Another appointment was made but the service had to postpone it and another date was given by Ms Parsons which she cancelled a second time. 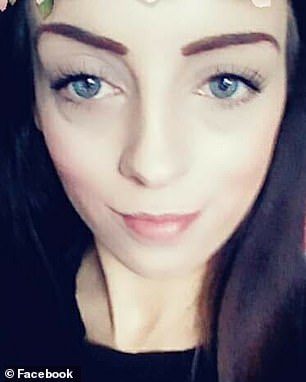 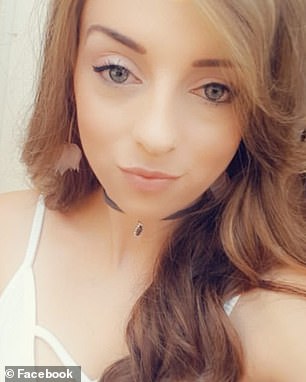 Ms McKune noticed her friend (pictured) hadn’t left the house the next morning so went to check on her. She was found unconscious on the sofa

A further appointment was sought in June but this time Ms Parsons asked to postpone it. By July 2018 she said she would rearrange another date but she never did.

She was discharged from the service after she failed to make any further contact with them.

A report from her GP noted how she was prescribed drugs for depression, anxiety and back pain she had suffered following childbirth.

Her medical notes revealed that on January 2, 2019 she had self-referred herself back to the Depression and Anxiety Service.

On January 30, 2019, just a few days before her death, she was noted as studying a GCSE course but was concerned about how this would affect her caring for her children.

The GP was ‘happy’ to increase her prescription but did not want to change her dose.

Ms Parsons’ mother said she had been ‘devastated’ at her death ‘but immensely proud of what she had achieved in her short life’.

Detective Sergeant Andy Penhalligan, who carried out the investigation into her death, said there was not disorder in the house, describing it as ‘very clean, very tidy’.

‘The two young children were very well cared for with all the equipment and toys you would expect,’ he said.

When asked by assistant coroner Michael Bird if it was true that one description of the property was that it was ‘immaculate’, Det Sgt Penhalligan replied ‘yes sir’. 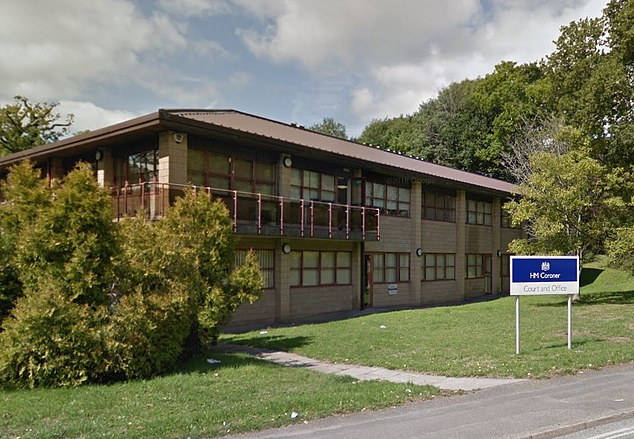 HM Coroner’s Court in Exeter, where the inquest into Ms Parsons’ death is being held

Police found a snap bag of pills which she had not been prescribed. The policeman suggested these tablets had been ‘street bought’.

He confirmed there was nothing at the property to suggest her death was intentional.

Mr Bird told Ms Parsons’ family and friends who had attended the inquest: ‘This was a very tragic set of circumstances.

‘A sad and sorry situation like this turned into tragedy and children lose a devoted mum. You have my condolences for your loss.’

He confirmed Ms Parsons cause of death as mixed drug toxicity and recorded a verdict of drug-related death.