A mother who was banned from setting foot in her autistic daughter’s bedroom for more than a year has gone viral for transforming it from a cluttered mess to an immaculate oasis of calm in less than a day.

Sara Hornsey, 39, spent six hours cleaning and organising her 16-year-old daughter Amy’s bedroom at their home in Littlehampton, West Sussex, while the teenager spent her first day at college after three years of being home schooled.

The stay-at-home mother-of-two had wanted to tidy the room for more than a year but couldn’t do anything without her daughter, who has autism, ADHD and severe social anxiety, asking her to leave after five minutes, describing it as her ‘safe space’.

But with a free house for the day when term began last week, Sara managed to gut the room undisturbed, putting everything back neatly just in time for Amy to return. 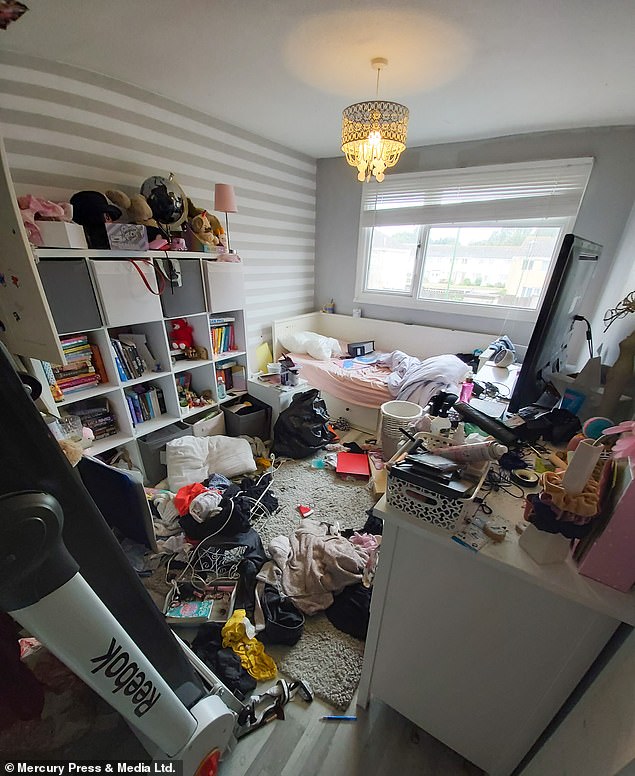 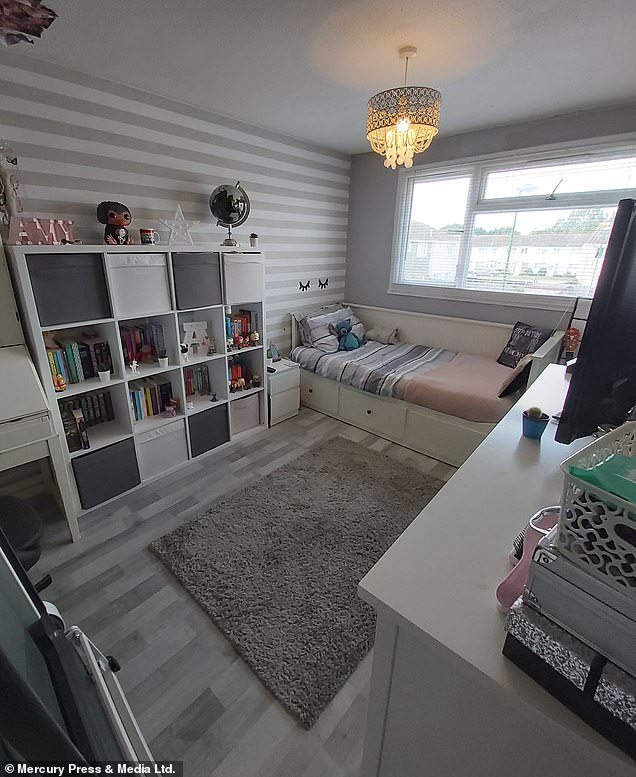 The teenager’s bedroom was quite a state, with drawers overflowing, surfaces cluttered and almost every inch of carpet festooned with clothes and belongings, but hen Amy went to college Sara spent six hours transforming her daughter’s bedroom into an oasis of calm 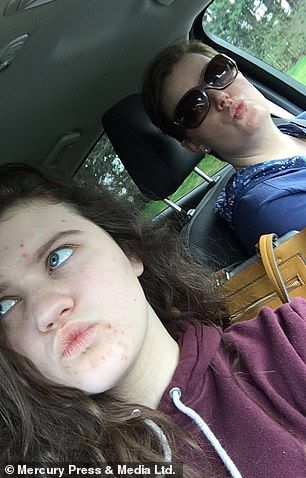 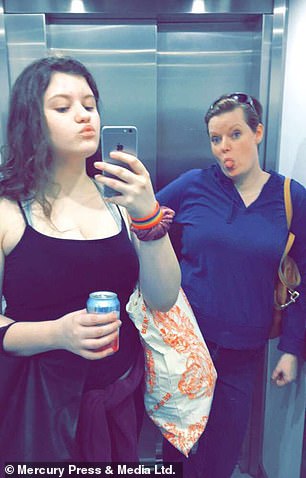 After sharing ‘before’ and ‘after’ pictures online, she has been praised by thousands of other parents for her efforts.

Sara said: ‘It took me most of the day to get through the mess, pull out the bed and clean all down the back of the shelves and then put it all back.

‘But when she got home it was worth the reaction, she didn’t know what to say, she came up to me and said ‘you’re my favourite mum’.

‘It was amazing, I felt so proud of what we had achieved and I felt like a good mum. 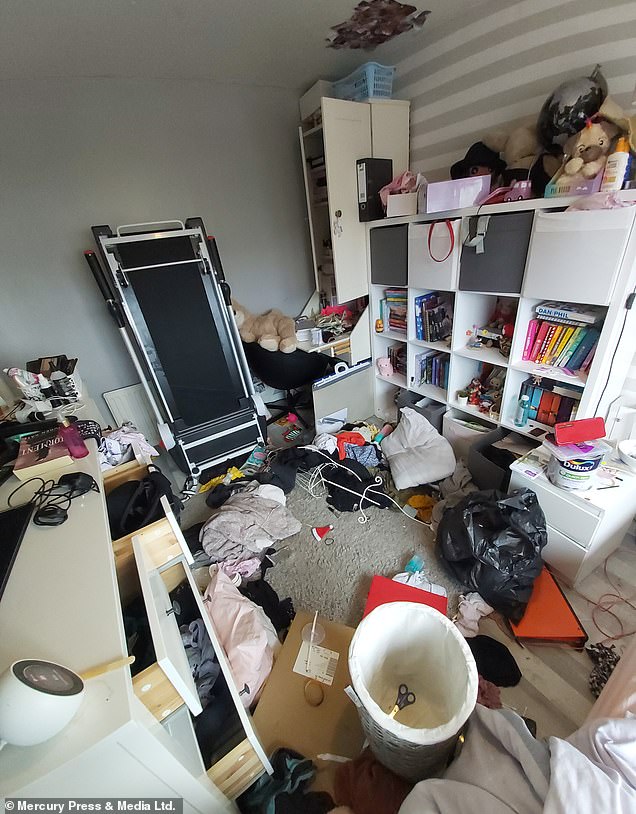 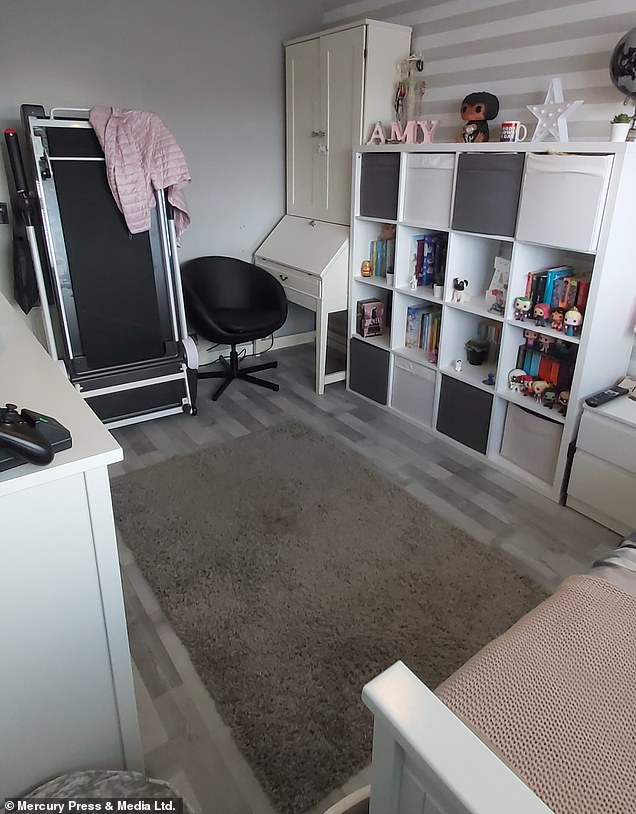 ‘Every time I had walked past her bedroom door before I had really wanted to tidy up and I felt like a bad mum because I felt like I wasn’t achieving what I should have.’

Sara and husband Richard, 39, redecorated their daughters’ room in June last year, but Amy’s mental health conditions left her feeling uncomfortable with her mother in her room for more than 10 minutes at a time since.

And she said she was unable to concentrate on tidying up because of her ADHD, so Amy’s room had become messier as time went on.

But now the challenge has been defeated, Sara is determined to keep on top of it and even has Amy’s permission to come in more regularly to do a sweep-up clean.

She said: ‘Trying to get into her bedroom is hard because it’s her safe space, when I go in she tells me to get out so keeping it tidy can be quite challenging. 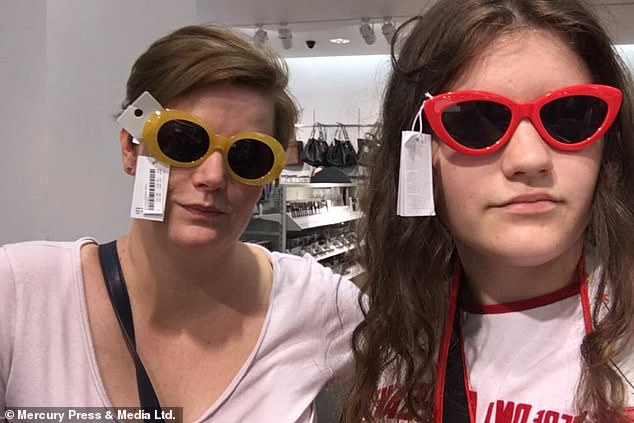 Sara said: ”I have told Amy that I’m coming in every day for five minutes now to do a quick sweep and keep on top of it whether she likes it or not but she actually said to me that she wants me to do that’

‘Because of her ADHD she can’t really concentrate for long enough to tidy up so when she goes to the toilet or gets a shower I try to go in and do what I can, but I only get five or 10 minutes before she comes back.

‘Amy has autism, ADHD and severe social anxiety so she hasn’t managed to go to school for almost three years and has been tutored from home.

‘It was her first day of college and I was nervous for her, I was wondering whether she was going to manage.

‘I needed to keep myself busy so I thought I’m going to tidy her room. She loves having a tidy room but she just can’t manage it.

‘The response to the pictures I posted has been unbelievable, I’ve had people telling me what a good mum I am and saying what a lovely room she has. It’s made me feel so happy and pleased that I did it.

‘I have told Amy that I’m coming in every day for five minutes now to do a quick sweep and keep on top of it whether she likes it or not but she actually said to me that she wants me to do that.

‘I think having a tidy room has helped her clear a bit of mental space too and she feels better about letting me come in more often.’

Does YOUR child have a messier room? Email joel.adams@mailonline.co.uk