Mother-of-two, 27, said ‘I’ll see you in the next life’ and fell to her death from third-floor balcony after night of drinking and cocaine

A mother who spent a night drinking and taking cocaine with strangers told them ‘I’ll see you in the next life’ before plummeting to her death from her third-floor balcony, an inquest heard.

Nikita Watts, 27, who had a long history of mental health problems, fell from the balcony of her flat in central Bristol on December 23, 2017.

The epileptic mother-of-two had spent the night drinking and taking drugs at the flat with two people she had met that night. 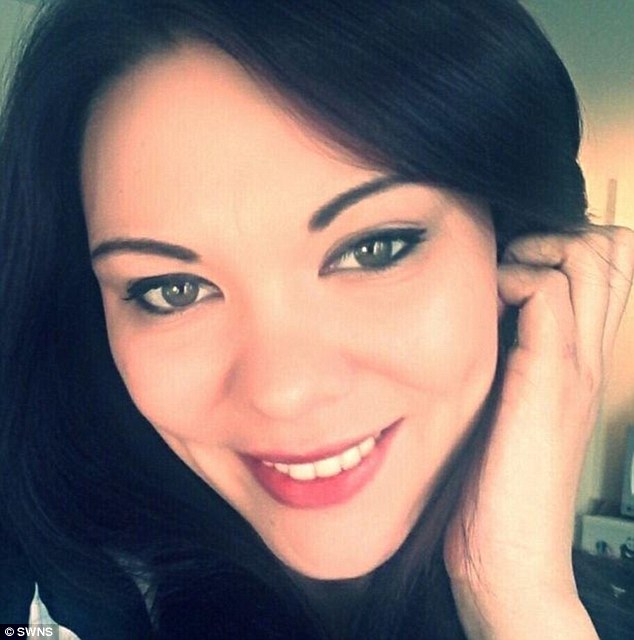 Mother-of-two Nikita Watts, 27, (pictured) who had a long history of mental health problems, fell from the balcony of her flat in central Bristol on December 23, 2017

They told her inquest that Nikita became increasingly irate as she continued drinking into the morning, telling her new friends no one would care if she died.

Her last words before she fell from her balcony and sustained fatal injuries were: ‘I’ll see you in the next life.’

HM Assistant Coroner Dr Peter Harrowing, at Avon Coroner’s Court, recorded a narrative conclusion, saying he could not be convinced her death was accidental or one of suicide.

Nikita’s inquest heard that, shortly after 9pm on December 22, she came across homeless woman Rachel Billing in the St Paul’s area of Bristol.

Nikita Watts Nikita (right) with her sister Naiidine. The epileptic mother-of-two had spent the night drinking and taking drugs at the flat with two people she had met that night

In a statement read in court, Rachel told how Nikita had asked her whether she could ‘score anything’, and went on to ask if Rachel could get her some crack.

Ms Billing said: ‘She said she was on the run and she was on tag. I honestly didn’t believe her – she was well-dressed and looked too posh.’

Ms Billing said the pair walked into nearby St Michael’s Park, where they met a male by the name of Michael Cottrell who was also waiting to get some drugs.

The three shared a joint in the park, before Nikita invited Ms Billing and Mr Cottrell back to her flat in Kingsley House in central Bristol. 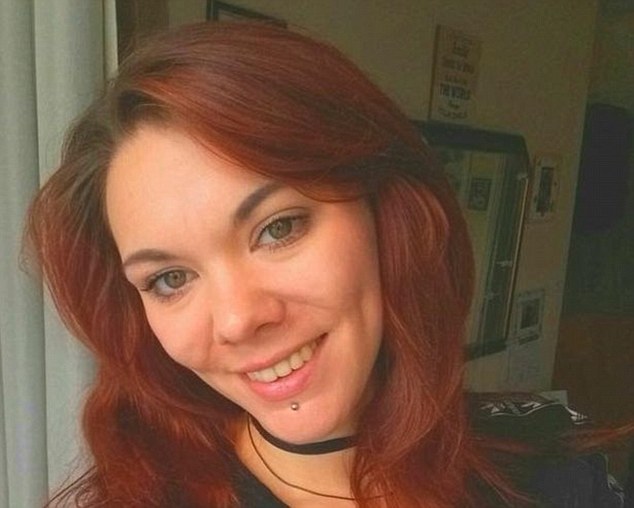 An inquest heard that Nikita became increasingly irate as she continued drinking into the morning, telling her new friends no one would care if she died

Both Ms Billing and Mr Cottrell said in statements that they spent the night drinking and taking cocaine at Nikita’s flat, and both described themselves as ‘buzzing’.

Mr Cottrell described Nikita as ‘really friendly’ and said she seemed to be having a good time.

But as it turned to morning and began to get light, both described how Nikita became ‘irate’ and ‘agitated’.

Mr Cottrell said: ‘Nikita was suddenly different, the exact opposite of the person I had been talking to for the past few hours. She became so irritated that she started throwing things around the room and started looking for what she called ‘baggy’, which she said was a bag full of blades.

‘I saw she had a few nasty cuts on her arms – I wasn’t sure if she was going to cut herself.’

And Ms Billing added: ‘She started talking about jumping off the balcony and said ‘My life is s***, you know nothing of how s*** my life is’. I said, ‘don’t be stupid, come and sit back down.”

Mr Cottrell then told how shortly after 9.30 in the morning, Nikita stepped out of the balcony door with her phone in one hand and a bottle of alcohol in another.

He said: ‘She turned to face me and spread both of her arms and dropped her drink and her phone.

‘She said, ‘I’ll see you in the next life’, and fell backwards off the balcony. I then heard what sounded like a gunshot I assume as she dropped to the floor.’

PC Alice Winn, of Avon and Somerset Police, say police attended the scene at 11.10am on December 23, and found Nikita not moving and with a considerable amount of blood coming from her head.

PC Winn estimated the drop from Nikita’s balcony to be about 15ft.

Paramedics could not find a pulse and began chest compressions, but Nikita was declared dead at the scene at 11.57am.

A postmortem report carried out by Dr Kathryn Urankar found she had suffered multiple injuries from her fall including head injuries, spinal fracture, and lacerations to internal organs.

Nikita was also found to have 290mg of ethanol per 100ml of blood in her body – well over the legal drink-driving limit of 80mg per 100ml.

Her inquest heard Nikita had a long and complex history of suffering from mental health problems. 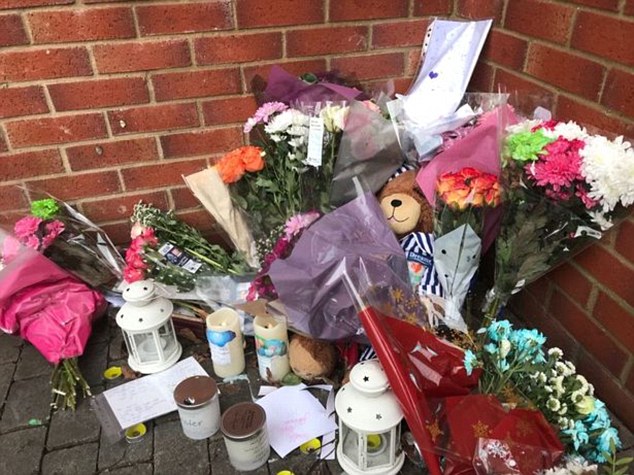 Nikita was also found to have 290mg of ethanol per 100ml of blood in her body – well over the legal drink-driving limit of 80mg per 100ml. Pictured: A floral tribute left at the scene

She had told recovery practicioners at Bristol Drugs Project that she had struggled with suicidal thoughts following the death of her father, and felt people did not care.

But specialist recovery practicioner Shon Pearson said Nikita seemed keen to get help with coping with her emotions, and seemed positive about engaging with a recovery programme.

Pearson said that, when she last saw Nikita on December 21, she seemed ‘really positive and well in herself’, and had plans for the future.

Nikita’s sister Naiidine described Nikita in a statement as an alcoholic by the time of her death, and said she was very dependent on drugs – but not an addict.

She said: ‘She had made numerous threats to commit suicide, but these were only ever made to seek reassurance and for people to tell her they loved her.

‘Nikita needed constant reassurance. It seems like there were a lot of negatives about Nikita, but that’s just how she was.

‘The only positives for her were her children and my girls. Being a mum was so important to Nikita. She lived for it.’

Naiidine added that she and Nikita had last seen each other on December 21, and had made up from a previous falling out and said they missed each other.

The sisters parted on good terms and Naiidine said Nikita seemed to be good.

Nikita’s doctor at Broadmead Medical Practice, Dr Kenney-Levick, told how Nikita was on medication for epileptic seizures, which she had been suffering since 2010.

However, no such medication was found in Nikita’s blood at the time of her death.

Recording his narrative conclusion, Dr Harrowing said: ‘I have heard evidence that Nikita Watts had a long history of engagement with mental health services.

‘She had also been on medication for treatment of epileptic seizures.

‘However, I have also heard that Nikita seemed positive to her GP and recovery practicioners in the days before her death. She seemed to be looking forward to the future.

‘It cannot be ruled out that she suffered a seizure before falling from the balcony.

‘Therefore, I record a short narrative conclusion that the deceased suffered with epilepsy, and died from multiple injuries after falling from her balcony, whilst under the influences of alcohol and cocaine.’

Speaking after the inquest, Nikita’s sister Naiidine said of the conclusion: ‘This is one of the better scenarios that could have come out of today.

‘I respect that now my sister’s children don’t have to think she left them out of choice.’