Furious locals waving ‘watch out, there’s a paedo about’ placards stage daily protests outside home of child sex offender in bid to drive him out of town

Dozens of mothers in a small Welsh town have been protesting outside a convicted paedophile’s home, waving signs saying ‘watch out, there’s a paedo about’.

Parents in Pwllheli, Gwynned, are trying to drive out Anthony Walker, 49, after he was found with hundreds of child abuse images.

A cardboard sign has been placed on a stand outside Walker’s home – a stone’s throw from a popular children’s park – which tells drivers to honk as they pass by. 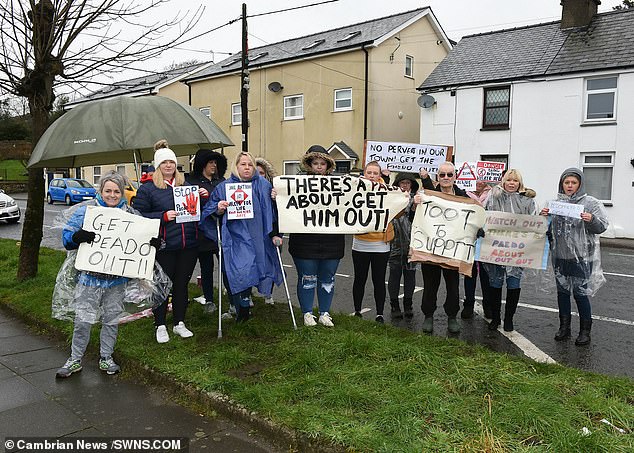 Dozens of mothers protest outside a convicted paedophile’s home in Pwllheli, Gwynned 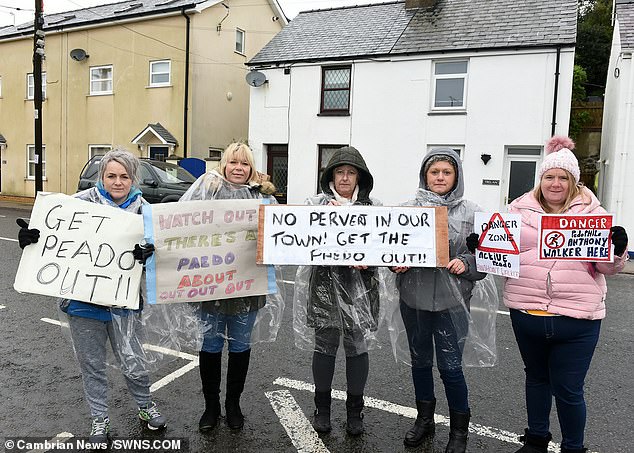 Around 100 people have been involved in protests so far, local mother Kim Williams said. 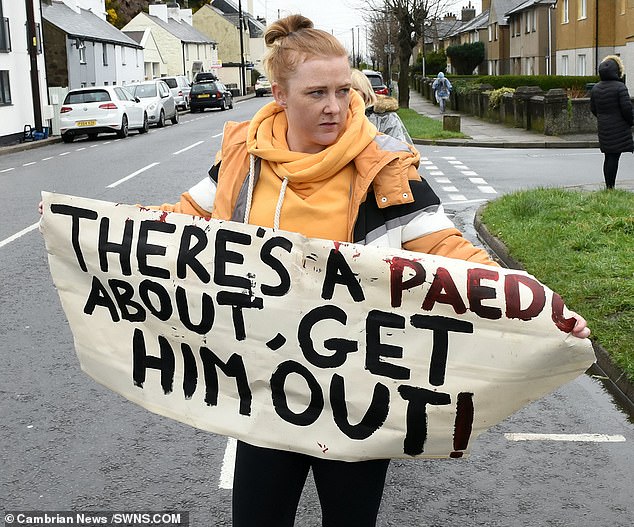 One pensioner was pictured waving a large cardboard sign which said: ‘No pervert in our town! Get the paedo out!’

Walker, a former mental health nurse, was given a two-year community order after being convicted of downloading 500 child abuse images on March 7.

Caernarfon Crown Court heard Walker used his wife’s computer account in an attempt to hide his illegal activities while under police supervision.

He was described as a carer for his sick wife in court. Protesting mother Kim Williams said: ‘This is the second time he has been convicted. He was jailed last time.

‘It’s disturbing. We didn’t know that he was a convicted paedophile.

‘We started this group and plan on protesting every day to make it known we don’t want him here.

‘There have been around 100 people involved in the protest since it began.’ 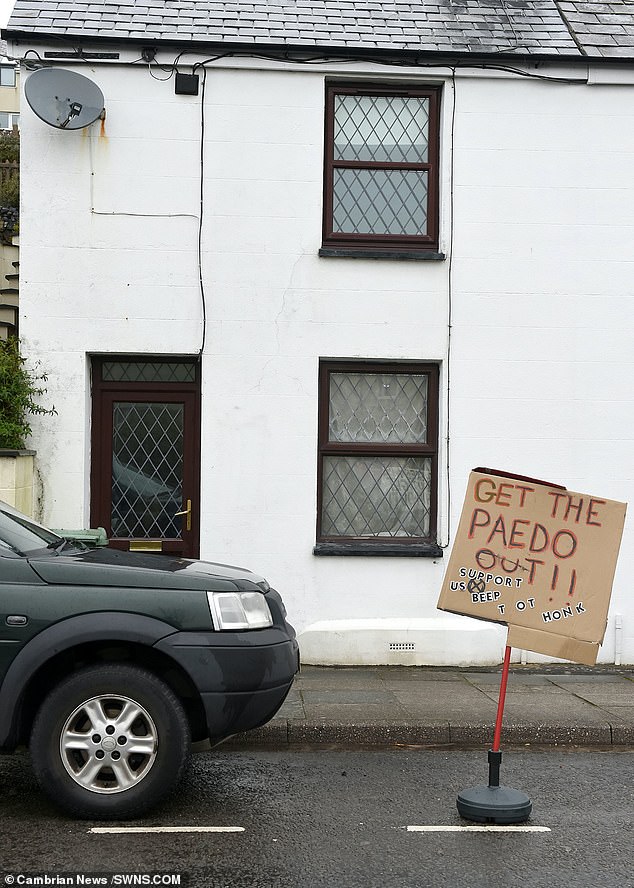 County councillor Dylan Bullard added: ‘It is a concern that someone with this sort of conviction lives so near a busy park used by a lot of children.’

A North Wales Police spokesperson said: ‘Whilst we are unable to comment on individuals, the public can be reassured that all Registered Sex Offenders are managed and monitored under MAPPA (Multi Agency Public Protection Arrangements).

‘These agencies work in partnership with a range of others that have a duty to cooperate in order to reduce reoffending and protect the public.

‘However I would just like to reiterate that all Registered Sex Offenders living in the community are monitored and visited but if anyone has any specific concerns I’d ask they contact North Wales Police control room.’