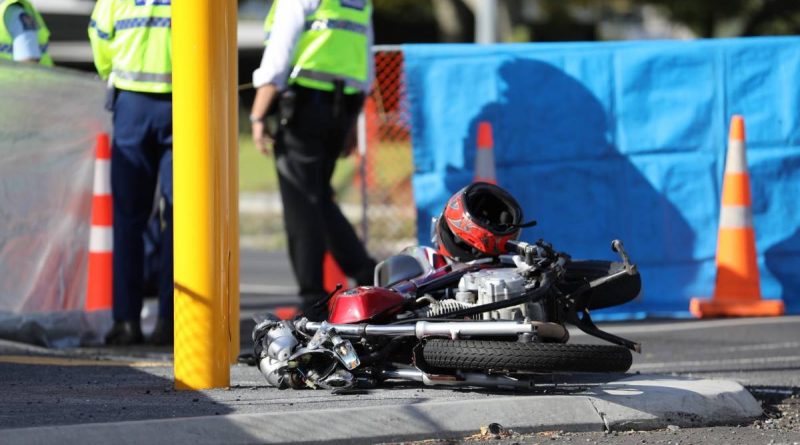 A motorcyclist has died after an accident at the intersection of Ti Rakau Drive and Pakuranga Rd in East Auckland.

Police confirmed that a person has died after the accident just before 8am.

“Sadly, the motorcyclist died at the scene,” a spokeswoman said.

“The road remains closed and motorists are asked to avoid the area.

“Diversions are in place.

“Inquiries into the circumstances of the crash are ongoing.”

A witness said police have put up a tarpaulin around the scene.

A police spokeswoman said police were called at 7.56am after an accident involving a car and a motorcycle at the intersection.

The Police Serious Crash Unit has been advised.

“The road is closed and could be for some time,” police said.

“We ask motorists to avoid the area and to expect delays. We appreciate motorists’ patience while diversions are put in place.”

St John Ambulance said it was called to the scene but referred questions to police.