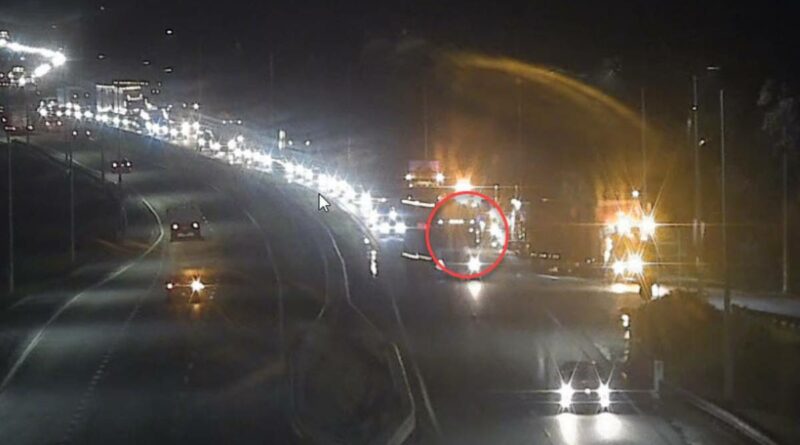 Two crashes, one on a busy central Auckland motorway link and another near Drury, are causing major delays during rush hour on the Southern Motorway this morning.

Motorists heading northbound on Spaghetti Junction were down to one lane while a truck crash near Drury earlier blocked both lanes. It had since been cleared and all lanes heading into the city were now able to be used.

Despite this motorists were told to expect delays due to congestion from the crashes.

Motorists were being warned to expect disruptions travelling through Spaghetti Junction this morning after a crash near the northbound link on to SH16 left two lanes blocked.

Traffic was only able to file through the middle lane.Another righthand lane had since been reopened.

It comes after an earlier truck crash after the link from SH22 on to SH1 at Drury around 4.45am on the northbound lanes of the same motorway.

Initially all lanes were blocked in the earlier crash, with traffic heading into Auckland brought to a standstill.

The driver suffered minor injuries in the crash.

A diversion was put in place at Ramarama.

However, the scene was expected to take some time to clear, the spokesperson said.

By 6.30am one lane had been cleared, with traffic able to file past the crash.

Traffic was now banking up to the Bombay Hills as the early morning rush hour started.