A Tory MP has defended himself after he called someone ‘a complete tw*t’ on Twitter.

Lichfield MP Michael Fabricant wrote that he meant to use the word ‘twit’ in an exchange over this week’s local elections, before claiming he had no idea what the more offensive word means.

The controversy began on Friday when Twitter user Darcy Norgate, a local 19-year-old student, challenged Mr Fabricant over Burntwood, a town in his constituency, saying it had been neglected before calling the MP ‘weak and wobbly’. 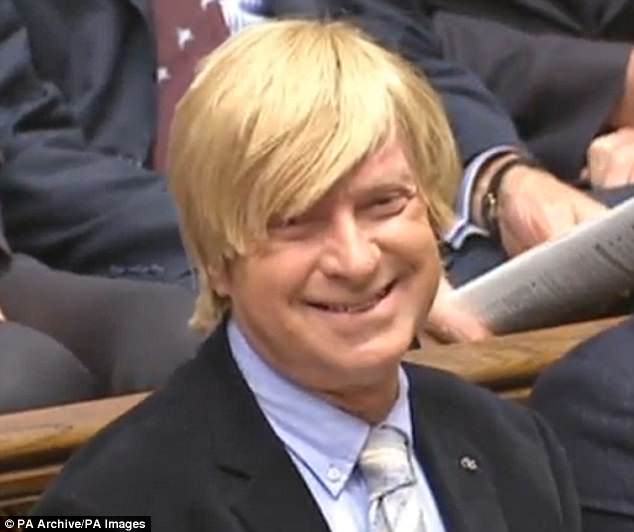 Mr Fabricant wrote back: ‘Says a complete tw*t who seems unaware that there is no vote this year in Burntwood. And I neglect no part of my lovely constituency. That’s why I’m loved.’

The Tory MP has now defended the move. 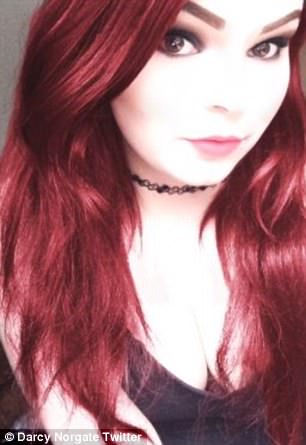 He wrote a post saying ‘snowflake alert’, adding: ‘Rude twitter person who could be from anywhere (St Petersburg or Glasgow) makes rude comment then ‘surprised’ to be called a tw*t. Oh, come on.’

Mr Fabricant then posted a statement saying ‘Momentum trolls’ often commented on events in Lichfield and that the Twitter account listed no details about her age or where she lives.

He added: ‘Twitter is not like Facebook. It is not for those who are easily offended – unless they deliberately choose to be offended for political gain. ‘Snowflakes’ they are called. Labour activists love playing that game.’

Mr Fabricant then wrote that he did not have a clue what the word means, adding: ‘I think of it as twit.

‘But the rest is, of course, true. Revealing how #OldLabour trolls have jumped on that bandwagon.

‘If you are constituent making a serious point, you will always be treated seriously. But not if twitter location says ”Wonderland”.’

Ms Norgate has called for an apology.

Michael Fabricant, the MP for Lichfield, called a teenage girl a tw*t, after she criticised him on Twitter 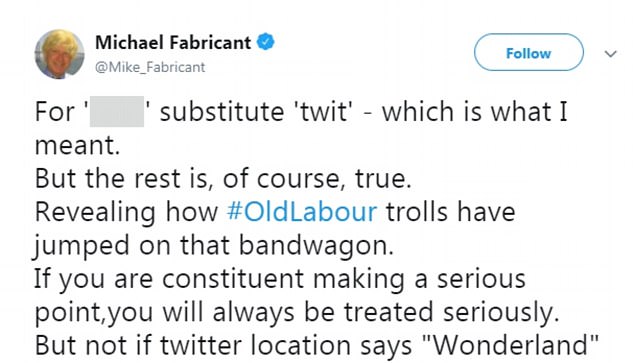 However, he refused to apologise for his comment, claiming that he meant to use the word ‘twit’