PM’s ‘secret plans to sell Brexit to Britons’ are leaked: Document reveals deal could be done in days – but rebellious Cabinet ministers accuse May of acting behind their backs 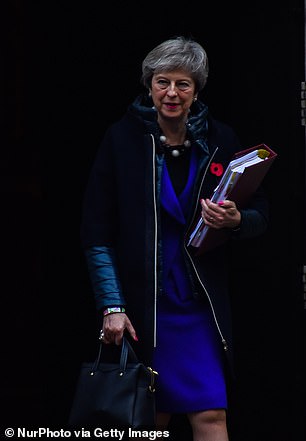 Cabinet ministers could sign off a new proposal to break the Brexit deadlock within days following concessions from both sides.

It came as a leaked Whitehall memo apparently revealed a plan to sell Theresa May’s eventual deal by touring the country and seeking endorsements from world leaders and business chiefs.

At a tense meeting of the Cabinet yesterday, Mrs May briefed ministers on compromise plans aimed at resolving the Northern Ireland border issue – which has dogged negotiations with Brussels.

At least seven Cabinet ministers warned the Prime Minister that the latest proposals may be a concession too far, and No 10 was last night on red alert for potential resignations.

Mrs May told her ministers that a deal has to be struck this month if it is going to be implemented in time for the UK’s departure from the EU in March.

They were warned Parliament is scheduled to sit for just 74 days before the UK leaves the EU, with a mass of legislation still to pass. 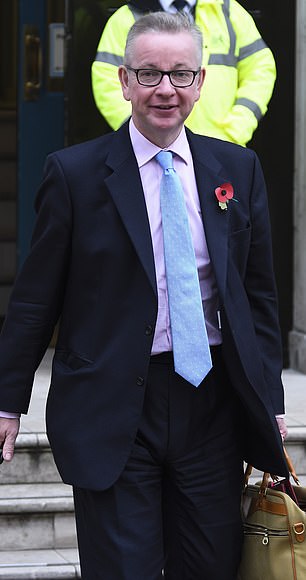 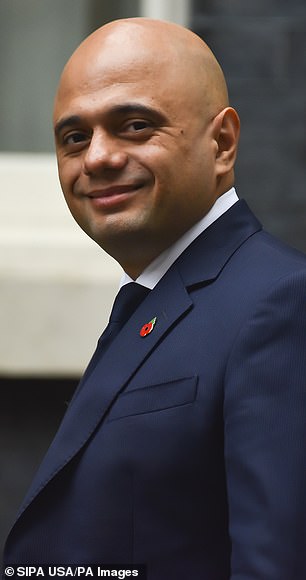 The PM insisted this did not mean she was ready to strike a deal ‘at any cost’, and said contingency plans for a ‘no deal’ Brexit were being stepped up.

Documents leaked to the BBC last night suggest Mrs May is already behind schedule.

An apparent blueprint for selling a deal suggested she had hoped to strike an agreement this week before going on a tour of the four nations of the UK to promote it. 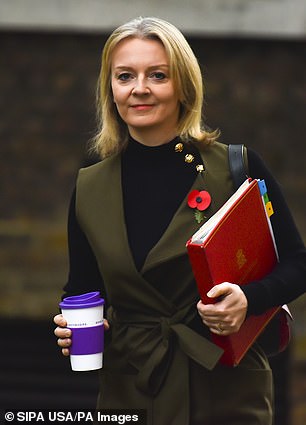 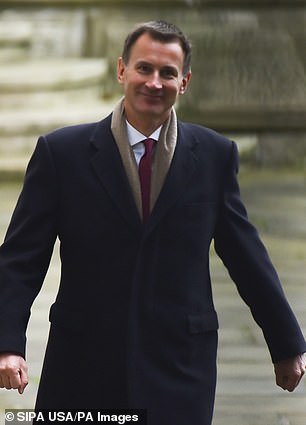 The leaked Government communications memo suggests ministers will declare the plan a ‘historic moment’ and urge MPs to ‘put your own interests aside, put the country’s interests first and back this deal’.

But last night leading Tory Brexiteers said the public won’t be foooled by any attempt to ‘hoodwink’ them – and even suggested that Mrs May has already agreed a deal without the Cabinet’s approval.

Jacob Rees-Mogg told The Daily Telegraph: ‘There are rumours a deal has been done without keeping the Cabinet properly informed. If there is an attempt to soften up and hoodwink people there will be no trust left.’ 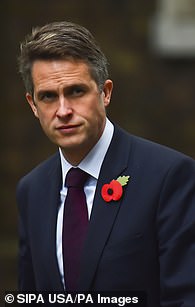 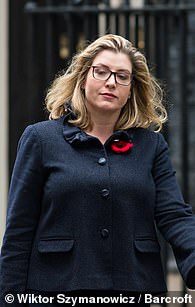 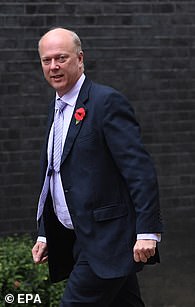 Former Brexit minister Steve Baker said: ‘It looks like exactly the kind of back-of-the-envelope post-exit plan to sell a rubbish deal I would have expected.’

Ministers have been told to ‘stand by your diaries’ for a second Cabinet meeting to sign off the proposals, which could come as early as tomorrow. But No 10 cautioned there is still ‘significant work to do’.

One source said: ‘We are not there yet, but it does now look like there is a way through.’

The breakthrough centres on the so-called backstop proposal designed to ensure there is no return to a hard border between Northern Ireland and the Republic, even if trade talks falter.

Brussels initially wanted Northern Ireland kept in the customs union on its own in these circumstances – an idea that Mrs May and her Democratic Unionist Party partners have rejected.

Ministers were told yesterday that Brussels is close to accepting an alternative that could see the whole UK stay in a ‘temporary’ customs union after Brexit.

In detail, how plan could be sold to the British public

Nov 8: Brexit Secretary Dominic Raab announces ‘a moment of decisive progress’. The narrative should be one of ‘measured success, that this is good for everyone, but won’t be all champagne corks popping’.

Nov 19: After ten days of behind-the-scenes talks in Brussels, Theresa May uses a speech to the CBI conference to announce she has ‘delivered on the referendum’. Mr Raab will make a statement to Parliament, 25 business leaders will back the deal and ‘lots of world leaders’, such as Japanese PM Shinzo Abe, will ‘tweet their support’.

Nov 20: Seven days of parliamentary debate on the deal will begin, with the theme of ‘Delivering for the Whole of the UK’. The PM will visit the north of England ‘and/or Scotland’ and 100 business leaders will be targeted to come out in support of the deal.

Nov 21: Chancellor Philip Hammond will open the Commons debate on the theme of ‘economy, jobs, customs’.

Nov 22: Sajid Javid will lead the Commons debate and give media interviews on the theme of ‘taking back control of our borders’.

Nov 23: The Commons will debate the financial aspects of the deal, including the impact on NHS funding. Health Secretary Matt Hancock will make a related hospital visit.

Nov 24: MPs will sit on a Saturday for the first time since the Falklands War to debate the impact on Northern Ireland. The PM will visit the Province. Irish PM Leo Varadkar will be asked to speak out in support.

Nov 25: Liam Fox will lead Commons debate on ‘global Britain’, including the potential for trade deals and the impact on security co-operation with the EU.

Nov 26: MPs will debate ‘taking back control of our laws’. The Prime Minister will do an interview with ‘Dimbleby’ (thought to be the BBC’s David Dimbleby).

Nov 27: Michael Gove will lead a debate on the impact on farming and fishing before MPs vote on the deal in the evening.

Written at the bottom of the memo in block capital letters: ‘HISTORIC MOMENT, PUT YOUR OWN INTERESTS ASIDE, PUT THE COUNTRY’S INTERESTS FIRST AND BACK THIS DEAL’

Labour’s no to a ‘blind’ deal

Labour will not back any Brexit deal that leaves the UK in only a ‘temporary’ customs union, John McDonnell has said.

It is committed to keeping the UK in a permanent customs union and the Shadow Chancellor said the PM’s plan for a temporary one will fuel uncertainty.

Asked if Labour would vote against a customs union option unless it was permanent, Mr McDonnell told the BBC’s Newsnight show: ‘Yeah, I think so, because… we’ll see what she comes back with and we will be straight and honest with people, if it doesn’t protect jobs and the economy we can’t support it.’

Tory Brandon Lewis said the views were evidence of Labour leadership’s wrecking tactics, adding: ‘Labour has spent the last two years doing everything it possibly can to frustrate the Brexit process.’

Polish EU chief Donald Tusk warns there is a ‘deadly serious’ risk his home country could be the next to leave the bloc.

Mr Tusk fears a bitter feud with Brussels over reforms to Poland’s judicial system could push it out – in a so-called ‘Polexit’.

The EU Council chief said he drew parallels with Britain’s decision to leave the EU and clashes between Poland’s ruling Law and Justice (PiS) party and Brussels.

He said former prime minister David Cameron had not meant to take Britain out of Europe and claimed Poland could also end up leaving by accident. Mr Tusk served as Poland’s prime minister from 2007 to 2014 and has long been a rival of PiS leader Jaroslaw Kaczynski.

During a press conference in Warsaw, Mr Tusk: ‘The matter is dramatically serious and the risk is deadly serious. I would like those who are doing everything to cause a so-called Polexit to stop.’ He added that ‘even if Kaczynski does not have a plan to lead Poland out of the [EU], the appearance of the term “Polexit” in political discussion is already dangerous’.