Home » Mum, 26, had sex with boy, 15, after manipulating him with 'sexually-charged' texts after befriending parents

A MUM who groomed a teen schoolboy after his parents helped her cope with a failing relationship in lockdown has been jailed.

Laura Bardsley, 26, had sex with the lad at least 15 times while his family took pity on her problems with her partner. 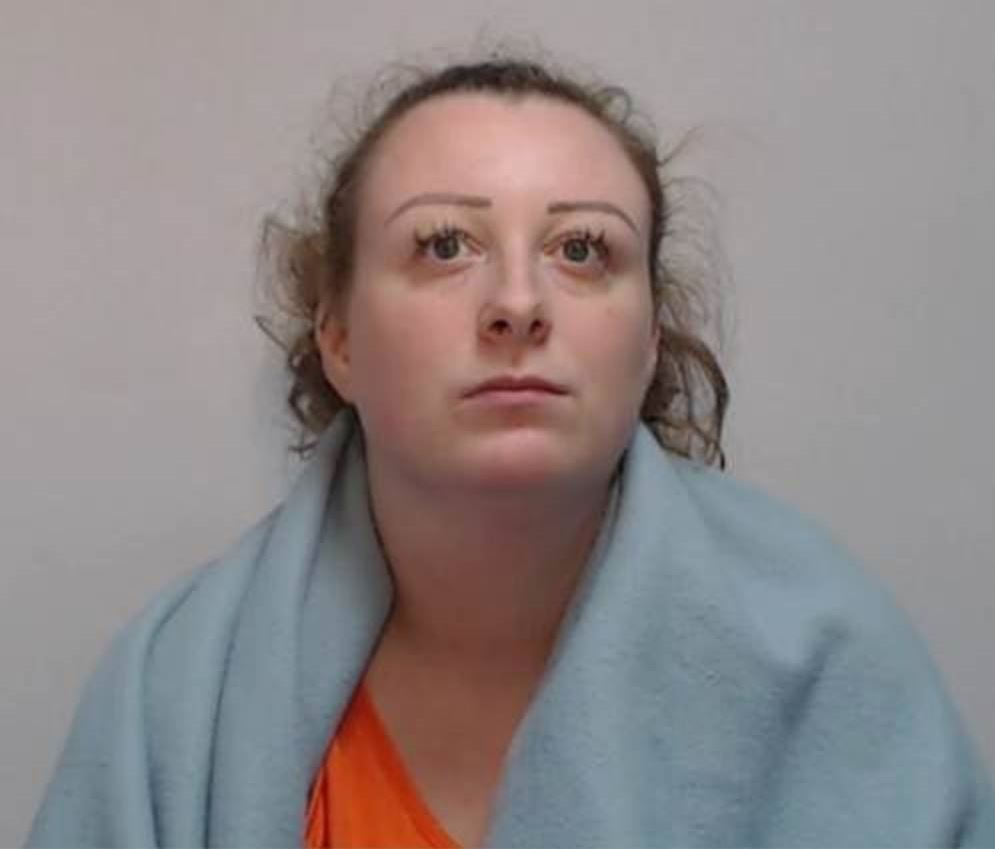 As his parents offered her "support" she swapped "sexually charged" texts with their boy in the illegal tryst between June and September last year.

She started by sending Facebook messages which "at first appeared innocent" before Bardsley quizzed him on his "sexual preferences".

She also told him "sexually explicit details" of her own relationship before inviting him round to see her new kittens while her partner was at work.

The victim's mum noticed her son started "spending all of his free time at the defendant's address" and "appeared to lose interest in his hobbies."

Bardsley of Reddish, Gtr Manchester, admitted four charges of sexual activity with a child, harassment and possessing a prohibited item in prison.

She was today jailed for six years at Minshull Street crown court in Manchester.

The victim's mum said in a statement: “I believe my boy was manipulated and tricked by that woman, and the anger that he showed focused on me.

"He began to truant from school and I felt I would never get back the son I knew.

"It's only more recently he has learned to understand what happened and recognised he was groomed.

"But it will take him a while to grasp this before he can put it behind him.

"I've had problems with my own husband since this came out and it early became almost too much for our marriage to bear at one point."

Minshull Street court heard how the boy would "often dress smartly" and "would stay late into the evening" at her home in Reddish.

The retired care worker said how much she loved him and even wrote a string of love letters when on holiday.

She Googled “unprotected sex” and “morning after pill” before visiting a hotel with him and on another occasion at home a neighbour spotted them kissing.

His parents grew "concerned" as he invented "cover stories" for time spent with her which unravelled when they found him at the pub with her.

On one occasion they "reluctantly" let Bardsley stay over on their sofa but "were concerned at their son's eagerness to remain downstairs with her."

The four month affair ended when the victim's mum discovered the love letters while tidying out his bedroom in September.

Cops were alerted but the mum-of-two continued to hound the boy and begged him to "stick by her".

Bardsley texted him demanding he “stick by the story”,  “get rid of the letters” and “delete all of our texts.”

She also encouraged him to change his social media name and profile photograph so that it would appear that her contact with him was with somebody else.

The two even continued to meet in secret over the following days.

On September 11, Bardsley was arrested but denied having sex with the boy who also initially refused to give a statement.

His school attendance dropped markedly, his behaviour rapidly deteriorated and he became angry and abusive towards his mother.

She was bailed on condition she not contact him but she sent him messages over social media saying she "loved him" and expressed jealousy he was communicating with girls on Instagram.

She was arrested again after the boy was reported absent from school and a police officer saw the pair together.

Bardsley created "numerous" new social media accounts and used different phone numbers, and contacted both him and his new girlfriend.

She was eventually locked up on February 15 and the phone was found in her cell the following day. She made no comment in police interview.

In a statement to the court Bardsley herself said: “I am disgusted and hate myself. It shouldn’t have happened. I destroyed their lives.”

Sentencing Bardsley, Judge Bernadette Baxter told her: "During the lockdown, the boy’s mother offered help and support towards you as you were at a low ebb, and your relationship was in difficult place.

"But you yourself are the mother to children, and you should know how fragile they are.

"This boy was 15 and extremely vulnerable and was someone who you knew was easy to exploit and for your own selfish and manipulative ends, you decided to exploit this boy to provide yourself with some sexual satisfaction and emotional comfort."

Bardsley was also made subject of a Sexual Harm Prevention Order and will have to sign the Sex Offender Register for life.