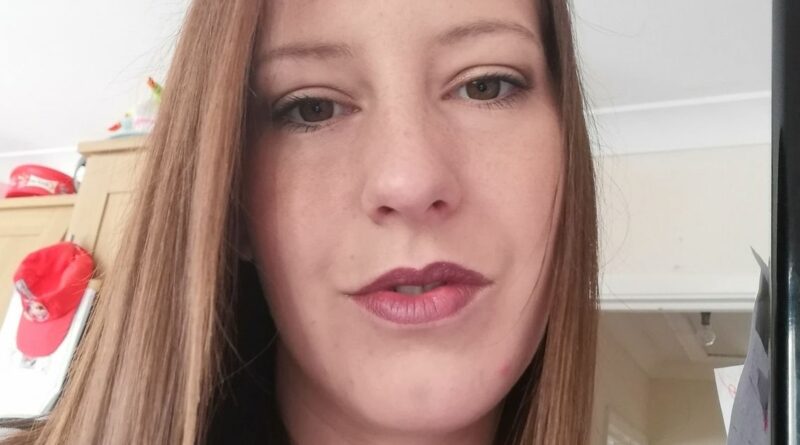 A woman who was bitten by a spider while she was at a music festival in Essex has told how the pain of having the infected tissue cut out of her leg was “worse than childbirth”.

Stacey Grimes says a small mark appeared on her leg after she had been to The Big 90s Festival in Southend, Essex, in October last year.

At first she assumed it was just a bruise, and that she must have bashed her leg without noticing. But within days the wound had become severely infected and Stacey, 33, went to A&E where she was told that the mystery mark was a spider bite.

"I decided to go to A&E and when I got there they literally wouldn't let me leave," Stacey says. "They said they needed to cut it out there and then because it was infected.

"They said to me if I had left it any longer I could've ended up with sepsis and lost my leg. It was scary hearing that because I didn't think it could be that bad.

"They said I was lucky because it was so infected."

Doctors immediately cut out a chunk of flesh that was two inches wide and over an inch deep, warning that the limb could turn septic if left any longer.

Stacey said: "I think they injected my leg about 25 times round the outside of it before they cut it out with a scalpel.

"When they were cutting it out they had to keep injecting it more and they ended up giving me gas and air like when you're giving birth because it was still so painful.

"I was crying. The woman in there was holding my hand and I was screaming in pain. I've given birth to three kids and I'd rather give birth than go through that again because it was excruciating."

Doctors then performed a skin graft on the wound.

Stacey added: ”They took the skin from the bottom part of my leg next to it and stretched it over – originally they were going to take it from the top part of my thigh and I would've had two wounds."

She says the painful wound left her unable to walk for a week and a half after the op and unable to work or drive for six weeks.

Stacey has now been left with a scar just above her right ankle but says she is relieved that the long healing process is over.

She said: "After the surgery my leg was inflamed and lumpy all around the scar. It didn't even look like my leg anymore. I knew summer was coming up and thought I'd be wearing long socks to cover it. It was horrible.

"Some of the skin grew over the stitches and they had to dig them out, so in places it still looks quite red. I was in so much pain for ages and then I couldn't walk, drive or go to work. It affected my whole life.

Although the scar is no longer quite so bad, Stacey still wants to warn others about the seriousness of spider bites and to encourage anyone that suspects they have been bitten to get checked by a doctor as soon as possible.

Stacey said: "I've spent my whole life in gardens and parks and never thought that could happen – to end up having part of your leg cut off.

"Now, if that happened again, I'd be straight up to A&E – if I had gone to A&E straight away I might not have had to have the skin graft.

"I think a lot of people don't realise that we have spiders over here that can do that.

"Anyone that suspects they have a spider bite should go and get it checked out for definite."

The Daily Star has reached out to The Big 90s Festival for comment.