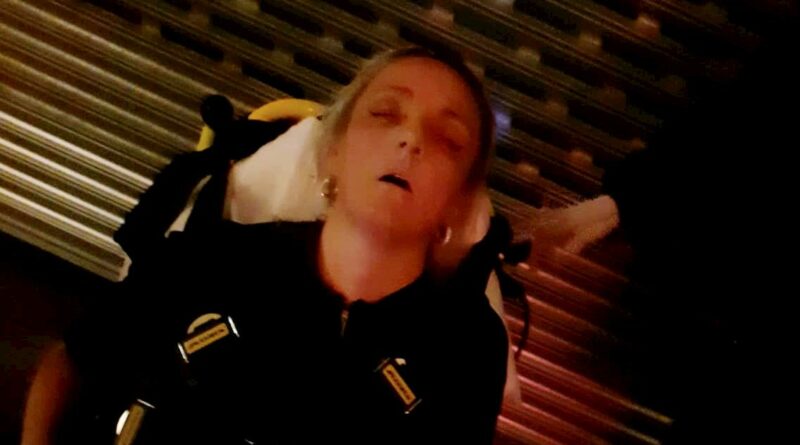 A mum was left "fearing for her life" after she took two puffs from a spiked vape on a night out.

Emma Sugrue-Lawrence said her "horrendous" ordeal began when she was approached by a man who asked to buy her a drink.

The 44-year-old support worker said no to his offer – but did try some of his disposable "unicorn-flavoured" vape at the Grain Store nightclub in Wolverhampton.

Within minutes of taking a puff, Emma suddenly felt really unwell and felt her legs go from underneath her, reports Birmingham Live.

She said: "I couldn’t even hold my head up.

"If you imagine your chin down on your chest like that – I could barely breathe.

"I was freezing cold but sweating and looked like I’d gotten into the shower fully clothed.

"It was the most horrendous experience I’ve ever had."

The shocked clubber, who volunteers with a domestic violence group and a suicide prevention group, was raced to New Cross Hospital by heroic paramedics.

Emma continued: "I remember waking up in the hospital freezing cold and shivering.

"I tried to call my husband but I couldn’t type into my phone properly.

"It was so emotional and scary to be there on my own.

"I’d been sat in my own wee as I had no control over my body and just wanted to go home."

Now, the mum-of-three is trying to raise awareness and has warned others to be vigilant.

She said she didn’t know that a vape could be spiked, but that all it takes is dipping the mouthpiece into the substance.

"Me and my friend posted about it on social media and have had more than 1,000 shares," Emma carried on.

"People have reached out to us and told us that it happened to them too on the same night.

"I have a 24-year-old daughter and it terrifies me to think that this goes on.

"To think that someone could be assaulted while unable to move or call for help is so scary.

"I was very emotional on Sunday after it all. I was trying to keep myself busy. I slept for 16 hours because I’ve been so drained."

She added: "I honestly feel lucky that I had people around me to help – it could have been so much worse."

A spokesperson for the Grain Store toldBlackCountryLive: "We take the safety of all our patrons very seriously.

"We will assist the police with any enquiries should they contact us."