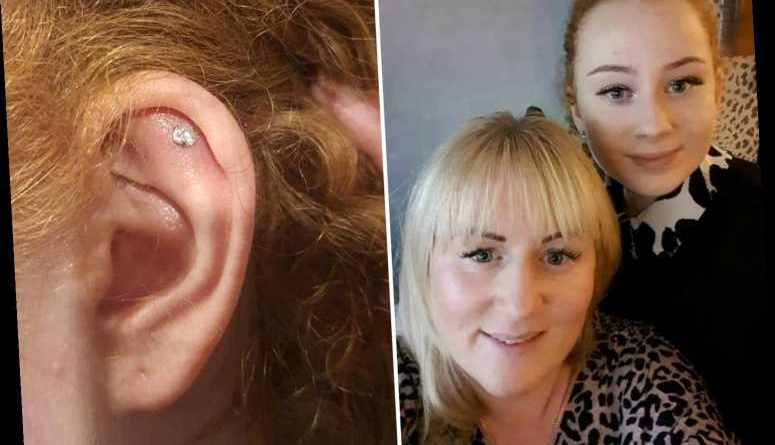 A FURIOUS mum has lashed out after her daughter was put in isolation at school because her earrings were against new rules – but can't be removed until shops reopen.

Charlotte Robertshaw, 34, claims her daughter Eloise, 15, has been failed by her school after being told she'll have to spend six hours each day on her own and even eat alone. 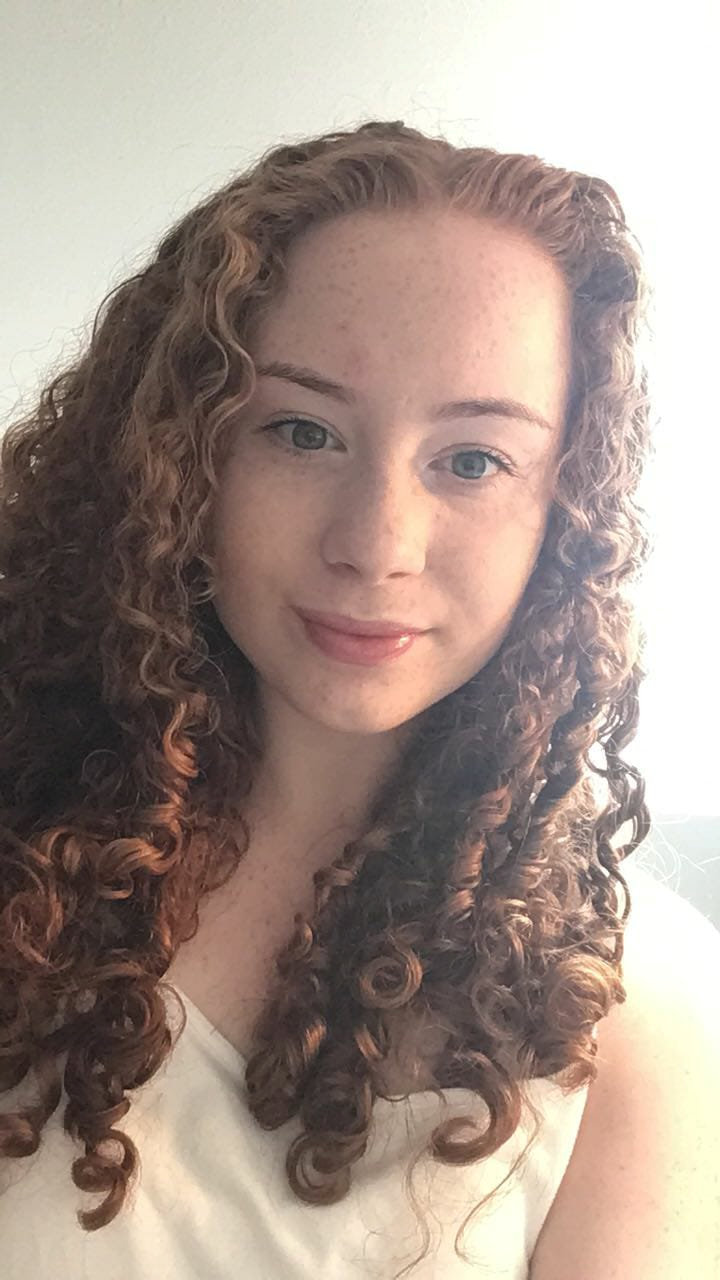 Her daughter, who is a Year 10 pupil at Trinity Academy in Bradford, West Yorks, has worn ear studs for two years without an issue as it was allowed.

But new rules, which were enforced in February after a different Trust took over the school, forbid any jewellery from being worn.

The single mum-of-two said the school was being unreasonable, as they will have to wait at least a month to remove the studs once piercing shops are open again.

Eloise was told last Tuesday (9 March) she would spend her time in detention until she had them removed, but has since been told she would spend six hours in isolation instead. 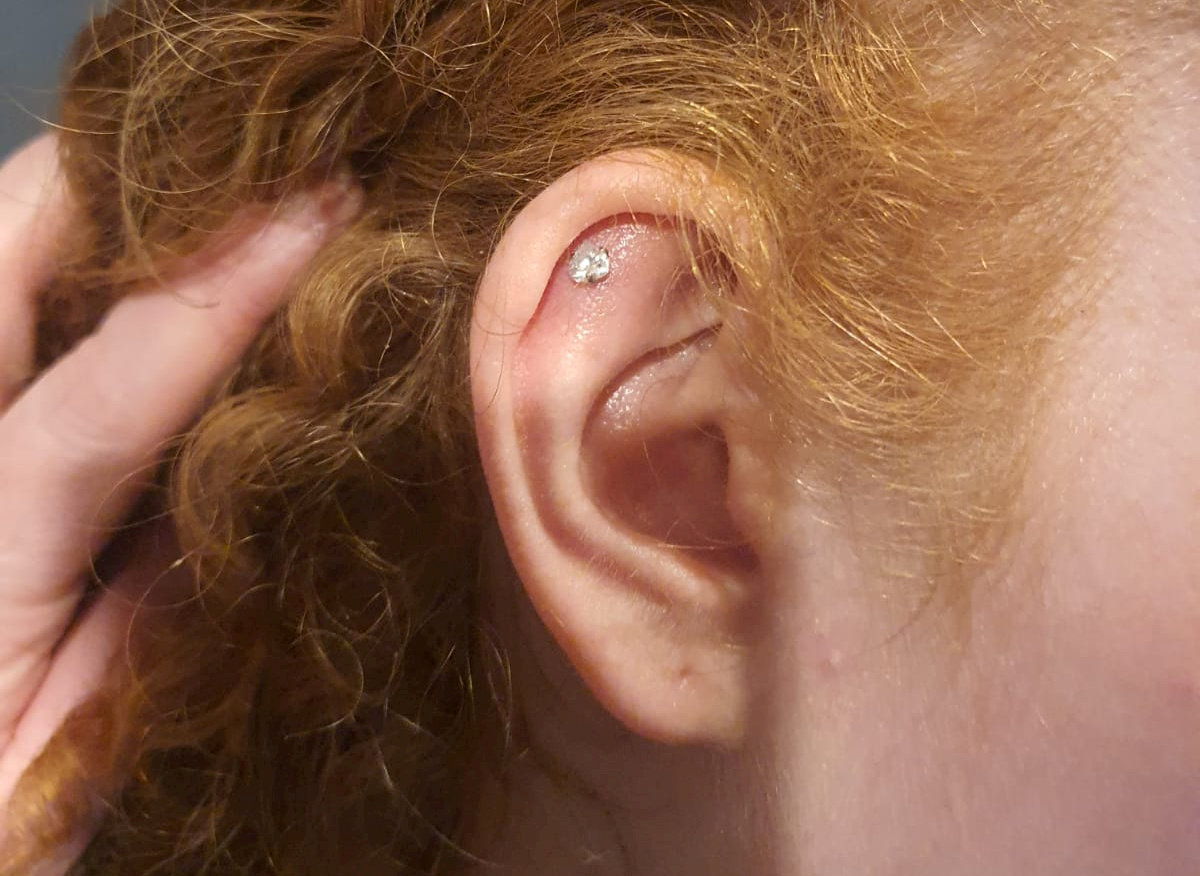 Charlotte said it was "unfair" and "ridiculous" that her daughter was being punished and reduced to tears for something she had no control over.

Charlotte, from Bradford, West Yorks., said: "I'm not sending Eloise to school at the moment because I'm not sending her to be punished for something out of her control.

"It's infuriating. They need to be reasonable, there's nothing we can do about it now because the shops aren't open.

"We were told that she would be excluded, and now they're saying she's going to be isolating. It's immoral and unfair.

"Two teachers kept following Eloise telling her the earrings were unacceptable and she was in tears. She was hiding away and crying.

"It's been so disappointing. Eloise has been failed by the school."

"Eloise has been failed by the school."

Charlotte said they have tried to remove the studs but it requires special tools as they are too tightly clasped.

She said her daughter had been looking forward to seeing her friends for months after lockdown, but the school decision has caused her to suffer from severe anxiety.

Charlotte said she couldn't allow her daughter to go into school knowing that she would be left alone in the same four walls for six hours.

The beauty therapist said: "It's detrimental to Eloise's mental health, and isolating her from her friends has been horrendous.

"We're not in normal times, we've all had to compromise and Eloise has suffered from anxiety in the past. 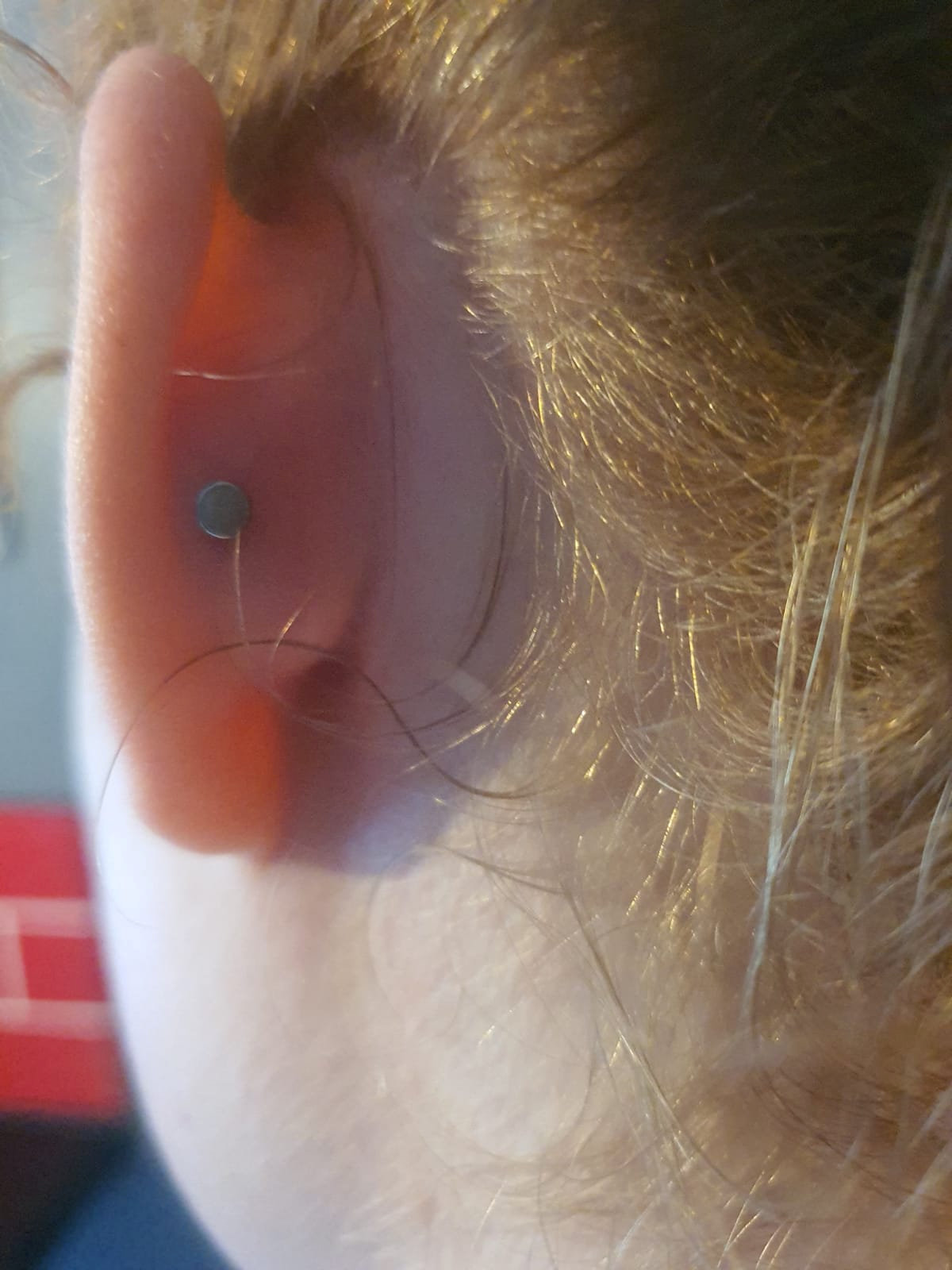 "I can't imagine leaving Eloise being alone in the same four walls for six hours. But she can't even see her friends for dinner, it's just awful. It's what they do to naughty kids.

"She has to eat her dinner alone. That's not alright.

"Her anxiety will go through the roof."

Charlotte said the studs aren't visible as they're covered by Eloise's hair, and she even proposed to place skin coloured plasters over them until she can have them removed.

But she has been told repeatedly that "rules are rules".

Charlotte has also contacted the school to see if they would provide her with materials for home schooling but her request was rejected.

"It's detrimental to her education and mental health."

She added: "She's got her exams next year, it's detrimental to her education and mental health."

Nick Robinson, Executive Principal for Trinity Academy Bradford: "Students returned following the latest lockdown with great enthusiasm, and uniform standards from our students have proved to be excellent.

"The uniform policy being upheld is not new to students or parents; it is in fact the legacy Queensbury Academy policy which we are implementing consistently as parents, students and staff, would expect.

"Students have been given a reasonable amount of time to adjust, however, if they refuse to comply, they will be sanctioned in line with the academy's behaviour policy.

"We will be working with parents to ensure the student in question can return to class at the earliest opportunity.

"A Trinity MAT school has high standards, consistently upheld by all, and the future of the new Trinity Academy Bradford will be secured by doing the simple things well, by all of the people, all of the time."