Mother-of-two, 40, who stabbed and bit her deaf girlfriend because she had playfully smacked a friend’s bottom on pub crawl is jailed for two years

A jealous mother-of-two stabbed and bit her deaf girlfriend after the victim playfully smacked a friend’s bottom during a pub crawl.

Paula Goodwin, 40, of Middleton, Greater Manchester, knifed Clerice McQuade twice in the legs and then sank her teeth into her thigh at their home after she took exception to the incident.

Miss McQuade, in her 30s, who suffers with deafness had her hearing aid pulled out during the attack and also punched in the face and was grabbed by the hair. She managed to crawl onto the street outside the couple’s home where she feared she was going to die. 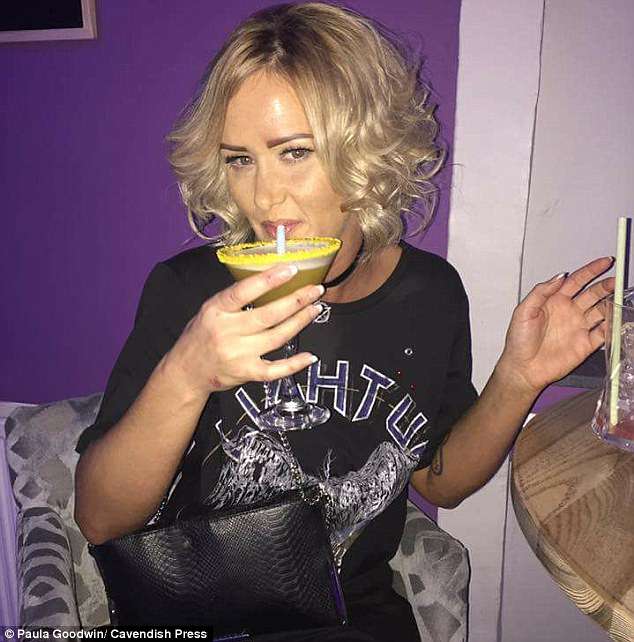 Paula Goodwin, 40, (pictured) knifed Clerice McQuade twice in the legs and then sank her teeth into her thigh at their home after she took exception to her smacking a friend’s bottom

She was taken to hospital after a neighbour heard screams outside and called an ambulance. She was left with multiple injuries including a bite to her left thigh, a stab wound to the calf and bruises to the face and arms. The weapon was found to be an 18 inch long Russell Hobbs household kitchen knife.

At Minshull Street Crown Court, Manchester, Goodwin who has a child aged 19 and another aged nine, who lives with his grandmother, admitted wounding with intent to cause grievous bodily harm and was jailed for two years.

The court heard the couple had been together for 15 months after Goodwin’s previous male partner had been locked up for subjecting her to domestic abuse. The attack occurred on May 1 last year after the couple went out with friends to various pubs.

Nigel Booth, prosecuting said: ‘The victim describes playfully smacking the bottom of someone else in the group. The defendant had seen it and Miss McQuade saw from the defendants face that she wasn’t happy. 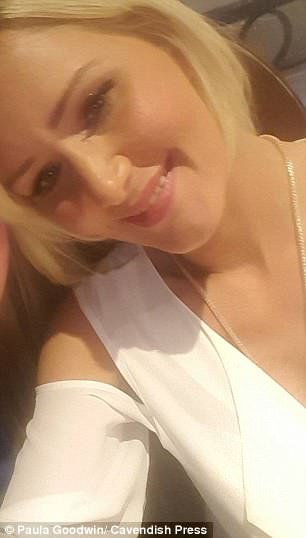 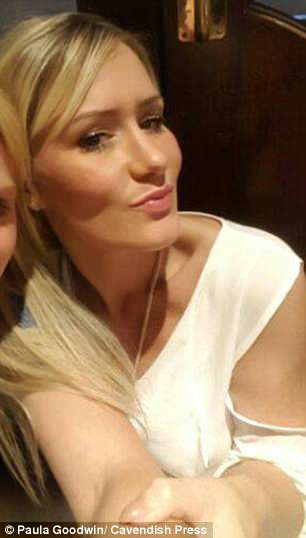 At Minshull Street Crown Court, Manchester, Goodwin who has a child aged 19 and another aged nine, who lives with his grandmother, admitted wounding with intent to cause grievous bodily harm and was jailed for two years

‘One of the defendant’s friends returned to the house and managed to pull her away.

‘But when Miss McQuade changed into her pyjamas she was then punched again. The victim is deaf and her hearing aid had been pulled out meaning that she was unaware of the defendant approaching again.

‘One of their friends tried to help but the defendant bit and punched the victim who described feeling two bangs to her legs. She says it felt like a hot tap was running onto them. The defendant had stabbed the victim in the legs multiple times. 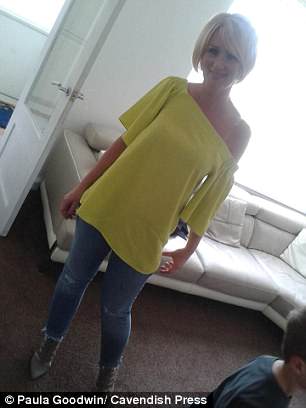 ‘Blood began gushing from her legs so she crawled out of the house to get away from the defendant. Aware she was losing blood she crawled onto the street shouting for help and assistance came from a neighbour who heard a woman screaming.

‘Communication with the victim was difficult but an ambulance was called meaning that Miss McQuade was able to get to hospital The victim suffered a number of bites, bruises and wounds. There was a human bite to the left thigh, laceration in the right thumb, a stab wound to the right calf which ruptured veins, wounds to the left thigh, bruises to the face and arms and bite marks on the arms.’

The court heard the couple had not spoken since the incident.

In mitigation defence counsel Jason Macadam said his client had been taking medication due to her bipolar disorder.

He added: ‘Miss Goodwin has been a victim of domestic violence herself – her previous partner having been incarcerated for violence he imposed on her.

‘But she has no recollection of violence that occurred that night. She had been taking alcohol that day mixed with medication. The fact is she doesn’t seek to blame anyone else but herself. 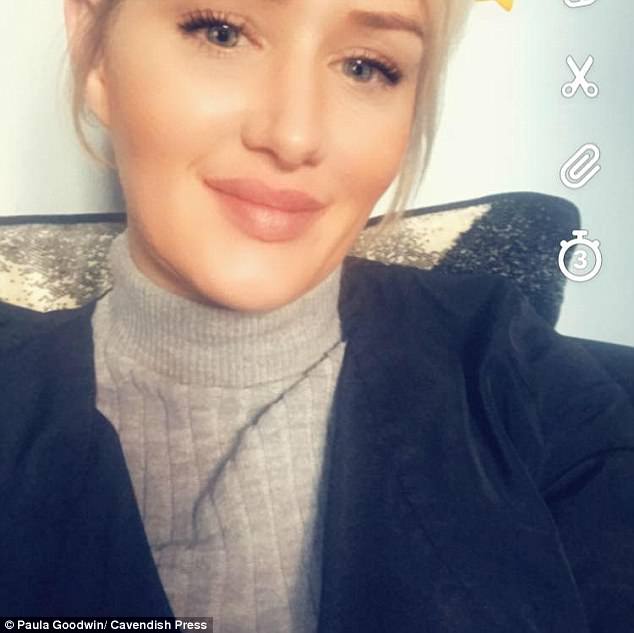 In mitigation defence counsel Jason Macadam said his client, pictured,  had been taking medication due to her bipolar disorder

‘This is a big wake up call for her. Clearly something went very wrong that night and she has had no contact with the complainant since the incident. I respectfully suggest bearing in mind she is 40 and has a lack of previous convictions, she can rely upon history to say she will genuinely do everything she can to make sure this will never happen again.’

But sentencing Judge Maurice Greene told Goodwin: ‘This was a serious case of domestic violence against your then partner. You are suffering from some kind of bipolar disorder and are on depression medication but it is quite clear on this particular night you had taken medication and alcohol and this does not mix very well at all.

‘The victim slapped someone’s behind which you took offence to and when you got home later that day you attacked her in the home she shared with you. You broke one of her hearing aids and jumped on her, pulled her hair and bit her. You then came back with a knife and continued your attack She thought she was going to die because the blood wouldn’t stop.

‘She suffered serious injuries and she still has residual problems This was clearly a sustained attack causing serious injury She had some vulnerability because of her deafness. You also used in effect two weapons, your teeth and a knife.’

Goodwin was also ordered to abide by a restraining order preventing her from making any contact with the victim or her family.