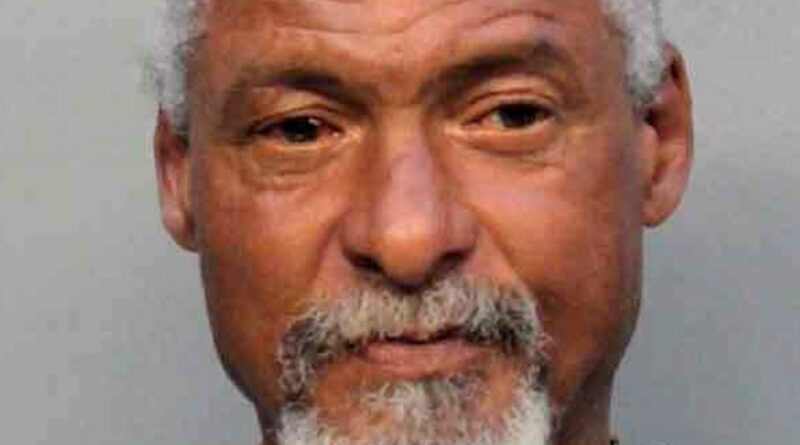 The Miami woman told police officers that Giraldo O. Palacio, 55, had been walking behind the family for several blocks while he reportedly masturbated.

When she and her kids reached a pharmacy on Miami Beach Palacio sat outside the store and continued to pleasure himself, reports Local 10.

Enraged by the actions of the man the mum-of-two shouted at the man, calling him "disgusting", before heading into the pharmacy to get a mop with allegedly the intent of hitting him.

According to a police report, officers were patrolling the 1400 block of Collins Avenue at 10pm on Thursday, August 19, and saw Palacio with the angry mum standing over him.

By the time she returned from inside the store the police were already dealing with Palacio, who reportedly shouted at one of the officers, “I love you baby, you are my boyfriend.”

Palacio, who was listed as homeless, was arrested for lewd and lascivious exhibition on a child.

The mum did not face any charges despite her alleged intention to use the mop on the suspect.

Officers asked the family if they needed any follow-up support after their experience but declined the service.

Prentiss Madden, 40, admitted that he repeatedly accessed a Dropbox account containing images of child pornography and talked about child sexual abuse during chats.

He also made videos of him engaged in sexual activity with dogs and shared clips with others.

Madden also made an animal crush video in which animals are trampled, stepped on or smashed to death for sexual gratification.

The Department of Justice released details of the crimes on July 29 where the judge confirmed Madden’s sentencing will be held on October 8.