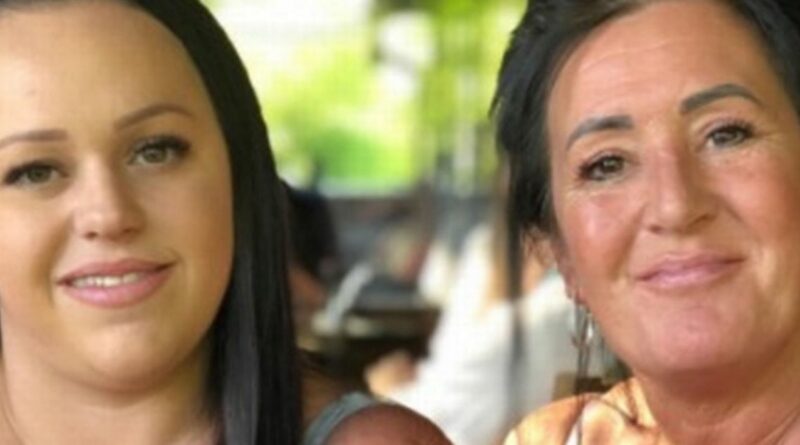 Kelly Young had surgery to boost her cup size to a DD more than two decades ago, but after her right implant ruptured back in 2018 she needed surgery again.

The 48-year-old dreamed of perkier boobs, so she decided to have her implants replaced, as well as an uplift.

READ MORE: 'I've had four boob jobs – my hubby loves them but other wives are jealous'

The mum splurged £3,700 to have the cosmetic procedures done in Turkey in September of last year – adding that this was the cheapest option.

But days after she returned home her breasts began to ooze puss, and on the right breast she could see the implant ‘poking out’ through her skin.

Terrified Kelly flew back to Turkey with the implant hanging out, and was forced to go under the night again.

She was told that the surgeon washed out the infection and replaced the 420cc implants with a smaller size.

But one month later, she was forced to have both implants removes, and she received the devesting news that she won't be able to have new implants fitted.

Kelly says her confidence has been ‘shattered’ and she's been left feeling like a 12-year-old without her boobs.

Kelly said: "I'm very unhappy with them, I feel like a 12-year-old again. I don't let my boyfriend see me, everyone knows me with my boobs.

"I'm on antidepressants, when I was out there I wanted to jump off a cliff. I've got three lots of scarring with a flat chest. I feel like a different person.

"I have to get them done, I wouldn't be able to wear a bikini – summer would be a nightmare."

The mum from New Malden, London, said: "I thought I'd get them a bit perkier, Turkey was the cheapest place to go to get it done.

"When I got back, my daughter went to change my dressing and said the stitches had come undone and it was weeping.

"My doctor said it was infected and put me on antibiotics, [but] it was too big and getting worse every day so I had to go to A&E. It was a great big hole. I wouldn't look at it, I didn't want to know.

"It was literally hanging out and I was advised not to fly but it was my choice so I decided to go back. I had to get on the plane with my implant hanging out, I was frightened.

"I was sick of having holes in my boobs and having them dressed every day.

"A UK breast surgeon said I was losing the second implant, there was a massive infection in there and I should have waited six months before having another implant in.

"Every day it was getting bigger so I went back to Turkey. They said there was nothing they could do, they'd take it out and I shouldn't have any more treatment, no uplift or anything.

"He said I had very little breast and some sagging skin and that was it. I went home because I was depressed out there."

After having the implants removed, Kelly says her confidence has been shattered and she's now looking for another surgeon who can fix the damage.