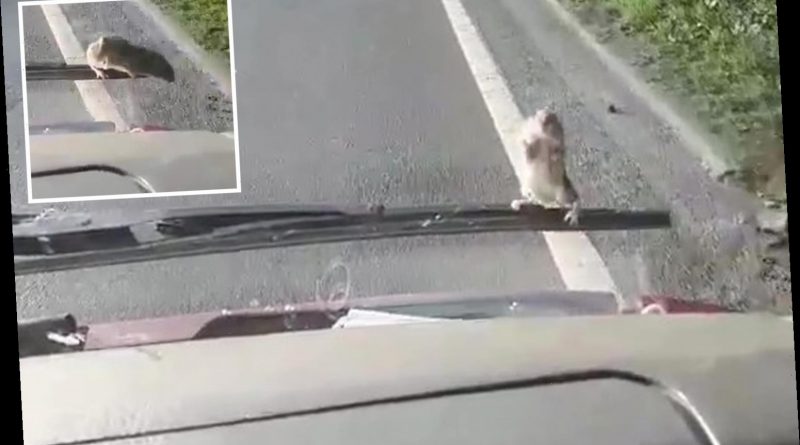 A MUM spotted a cheesy rider — when a mouse ran along her windscreen wiper as she drove along a busy motorway at 55mph.

Sally Hall was gobsmacked when the rodent popped up from beneath the bonnet and pelted up and down the blades, at one point rearing up on its two back legs. 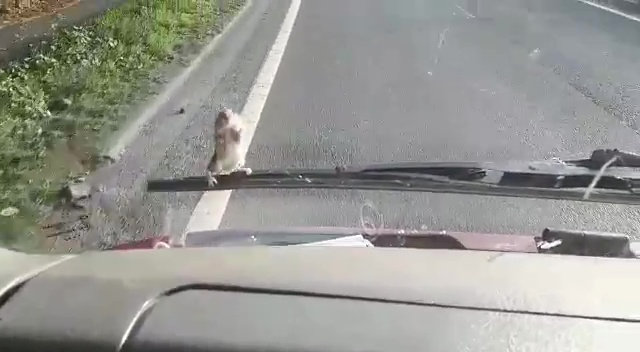 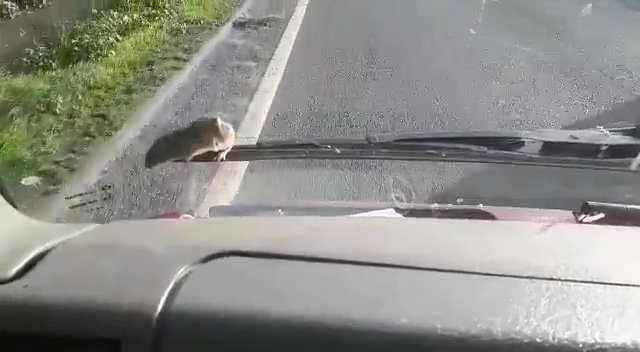 The mouse balanced on the windscreen wipers long enough to be filmed by Sally’s husband Colin, before scuttling back into the engine compartment.

Animal lover Sally, 55, could not safely stop her horsebox but managed to find the mouse when she reached her destination and set it free.

She said: “Our horsebox hadn’t been used for a few weeks and it had been parked next to a playing field so I think that the mouse must have come from there.

“He gave us a shock when he suddenly appeared. I was so worried he was going to jump off.

“I couldn’t bear it if I’d had to watch him hurt himself.”

Sally, of St Mary’s Bay, Kent, was driving to a dressage contest in Dartford when she spotted the rodent on the M25.

She added: “We were at least half way through our journey when he appeared. 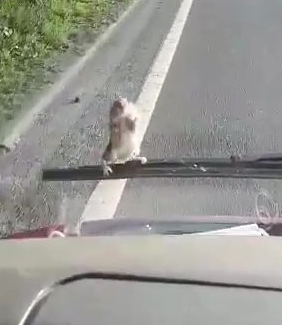 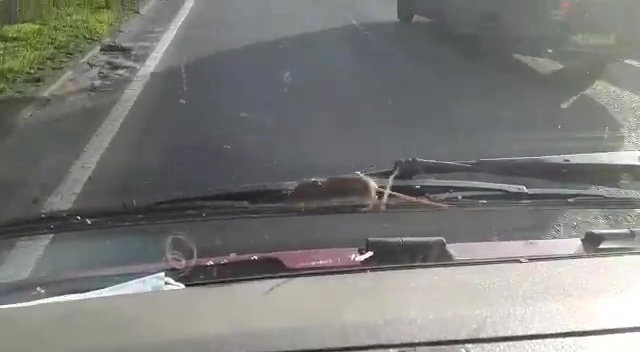 “Knowing that he had gone back into the engine compartment gave me more hope that he would be OK.

“We were pleased he hung on until we reached the showground.

“Then we let him free in the fields there.”