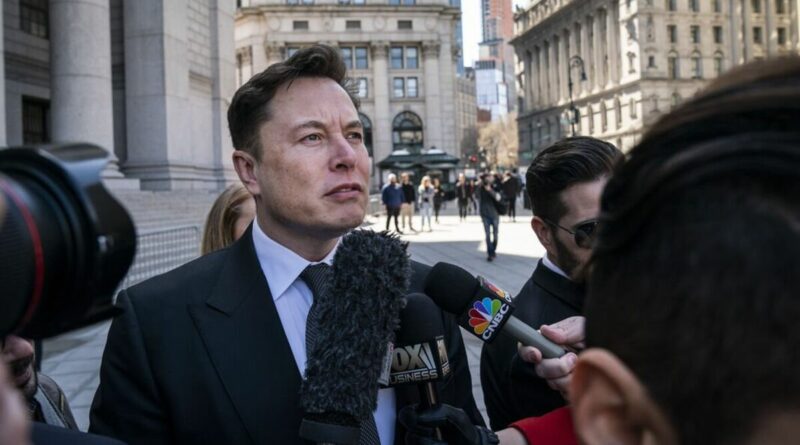 One day after publishing the so-called “Twitter files”, Elon Musk said the social media platform’s censorship of Hunter Biden’s laptop story is the “definition of election interference”. Speaking in a debate on Twitter Spaces, the billionaire who bought Twitter five weeks ago argued that Twitter was acting on behalf of the Democratic National Committee ahead of the 2020 presidential elections.

He said: “If Twitter is doing one team’s bidding before an election, shutting down dissenting voices on a pivotal election, that is the definition of election interference.

He added: “This is not a North Korea tour guide situation, you get to go anywhere you want, whenever you want, however you want. I’m not controlling the narrative.

“It’s just obvious there’s been a lot of control of information, supression of information, including things that affected elections, and that just all need to be…you just want to have the stuff out there.”

The Hunter Biden story was told on Twitter in a very long thread by freelance journalist Matt Taibbi, collaborator of the Rolling Stones magazine, whose investigation had been announced more than an hour earlier by Elon Musk.

Secret internal files were made available to the network.

What has emerged is a structured system of control and revision of tweets, even on detailed requests sent from Washington: Taibbi premises that both parties had a direct relationship with Twitter’s control team, and the White House itself under Donald Trump had made requests to censor some posts and accounts, and the requests “were accepted and satisfied”.

But the journalist suggests that the “reviewers” would have ended up unbalancing their intervention in favour of the Democrats, considering that the vast majority of employees were formed by “donors to the Democratic campaign”.

In the two-hours long debate, Mr Musk also addressed his personal choice to ban rapper Ye, after he posted a picture of a swastika.

It is the second time this year that Ye has been suspended from the platform over antisemitic posts.

Musk confirmed the suspension by replying to Ye’s post of an unflattering photo of Musk. Ye called it his “final tweet.”

“I tried my best. Despite that, he again violated our rule against incitement to violence. Account will be suspended,” Musk tweeted.

Ye, formerly known as Kanye West, has made a series of antisemitic comments in recent weeks. On Thursday, Ye praised Hitler in an interview with conspiracy theorist Alex Jones.

Ye’s remarks have led to his suspension from social media platforms, his talent agency dropping him and companies like Adidas cutting ties with him. The sportswear manufacturer has also launched an investigation into his conduct.

Ye was suspended from Twitter in early October after saying in a post that he was going to go “death con 3 on JEWISH PEOPLE.” His account was reinstated by the end of the month just as Musk took control of the company, but the billionaire tweeted that “Ye’s account was restored by Twitter before the acquisition. They did not consult with or inform me.”

Twitter’s longtime practice before Musk took over was to suspend offending users temporarily and to escalate that to a permanent ban only if they kept breaking the rules. Musk has said he wants to avoid permanent bans and that speech should be allowed so long as it doesn’t break the law in the countries where Twitter operates.

But Musk is now under pressure to clean up Twitter after changes he made following his purchase of the platform resulted in what watchdog groups say is a rise in racist, antisemitic and other toxic speech.