Mustang driver who mowed down and killed teenage moped rider for smashing a bottle on his £35,000 pride and joy is jailed for 23 years 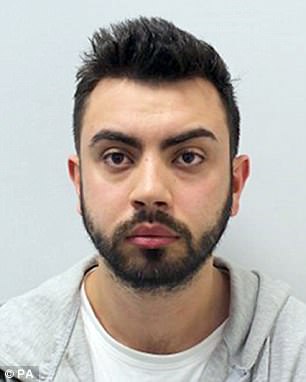 Bradley Clifford, 24, drunkenly chased a scooter at nearly double the speed limit on the wrong side of the road after a bottle was thrown at his high-powered sports car

A Ford Mustang driver who mowed down and killed a moped rider for smashing a bottle on his ‘prized’ car will serve 23 years in jail.

Bradley Clifford, 24, became enraged when his £35,000 car was hit with a bottle and gave chase to a scooter being ridden by Sobhan Khan, 18, and his friend Jahshua Francis, 19.

Mr Francis and his passenger drove into oncoming traffic and tried to mount the pavement but were flung into the air following the relentless pursuit through Enfield, north London, in the early hours of August 5 last year.

Lying motionless and catastrophically injured, Mr Khan was then beaten up by Clifford who had got out of his car when it became entangled with the moped.

Clifford told the teenager he ‘deserved’ it and punched him hard nine times, the Old Bailey heard.

Prosecutor Aftab Jafferjee QC had said: ‘The moped was no match for the might of the Mustang.

‘It was rapid, it was brutal and it was unrelenting. He pursued the moped down a straight stretch of road at speed. Not to apprehend the two people on it, but to mow them down for daring to damage his prized vehicle.

‘As Sobhan Khan lay virtually motionless, totally defenceless and fatally injured, such was this defendant’s rage that he went over to him and beat him.’

Police and paramedics rushed to the scene and found the two moped riders seriously hurt.

Mr Khan was pronounced dead at 4.38am while Mr Francis ‘miraculously survived’ and was taken to hospital for treatment. 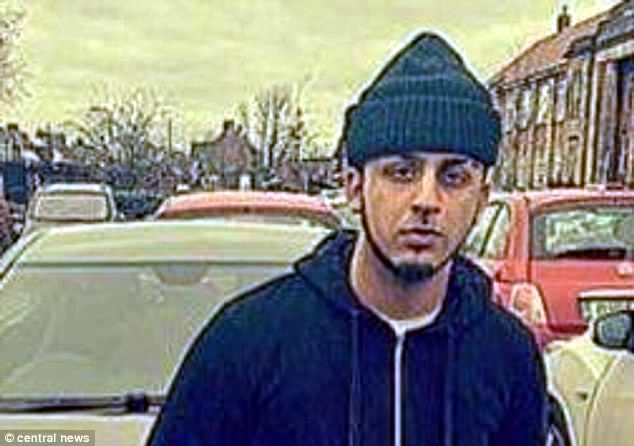 Mr Khan’s father Najam Khan said his only son as a ‘rising star’ with a promising future, adding that ‘no parent should ever have to bury their child

The incident began when Clifford got into a row with one of Mr Khan’s friends in a dispute over his girlfriend.

The two men agreed to go to a car park for a fist fight, but as Clifford loitered in his Mustang his rival instead drove away from the scene.

Mr Jafferjee said Mr Khan then ‘stupidly, and indeed criminally’ smashed a bottle on the side of the car, provoking a ‘rapid, brutal, and unrelenting’ response from Clifford.

Clifford, who worked as an air conditioning firm manager, denied murder but was convicted by an Old Bailey jury by a majority of 10-2 on Wednesday. 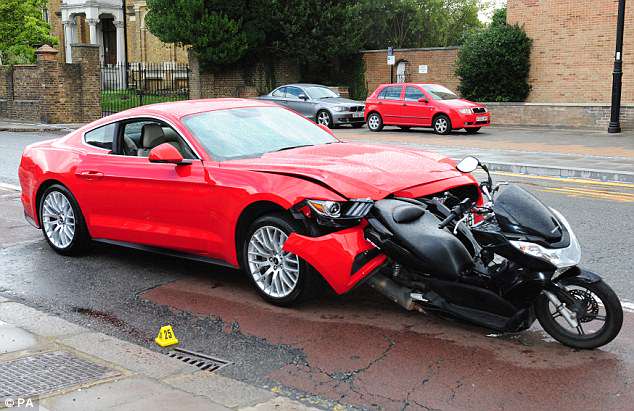 In an emotional impact statement Mr Khan’s father Najam, said: ‘Soban Khan was a very sensible, friendly and popular individual in both school and later in college.

‘We all had such high hopes for Soban for his life and what was proving to be a very promising future.’

‘Soban’s younger sister is still at school and comes home asking to see her big brother every day.

‘He was a great son and a great brother. Unfortunately with boundless pain we will never see him become anything more, not a husband, not a father and the successful man he wanted to be.’

Mr Khan’s death was the ‘end of a generation’, his father said.

‘We will continue to grieve for the rest of our lives. His smile and words will never leave us.’ 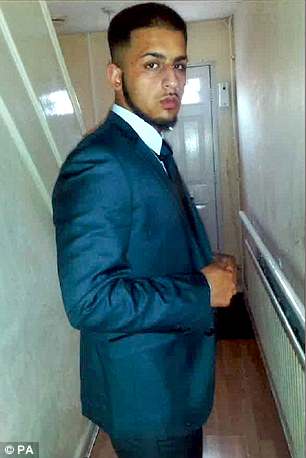 Clifford, from Enfield, was found guilty of murdering Mr Khan (pictured) and attempting to inflict grievous bodily harm with intent on Mr Franci

Clifford was today sentenced to life in prison with a minimum of 23 years by Judge Sarah Munro QC.

The judge said: ‘In the early hours of 5 August last year having worked your way up into a rage at the words and actions of a group of teenagers you made a decision to drive your powerful Ford Mustang car into Jahshua Francis intending that he and his pillion passenger Soban Khan would be seriously injured.

‘Soban was a rising star with a promising future. As Mr Khan says no parent should have to bury their child.’

The court heard how, on July 31, Clifford sent a WhatsApp message to his 18-year-old girlfriend in which he said: ‘Your boyfriend say he is gonna go after my car! I’ll put a f***ing knife down the c***’s throat.’

This showed how seriously he took any threats made to his vehicle, the judge said.

‘Six days after you sent that message your car was threatened,’ she told him.

‘The two young teenagers who got onto the moped didn’t know how enraged you were or what you were capable of. Your actions thereafter were a gross overreaction.

‘You were already in a violent temper and the actions by those teenagers on the moped turned you into a murderer.’

Clifford had become ‘determined’ that Mr Khan should die as he ‘rained blows’ upon him as he lay by a lamppost, the judge said.

After attacking Mr Khan in an ‘intense rage’, Clifford had the presence of mind to lie to police about what happened, she said.

But the jury was shown ‘compelling’ CCTV footage and saw through his ‘false defence’, in which he claimed it was an accident.

Detective Sergeant Harbir Kooner, of Scotland Yard, said: ‘The incident was initially investigated as a fatal collision but it quickly became apparent that Clifford had targeted the moped and even continued to assault Sobhan Khan after the collision.

‘There is no judicial outcome that can bring Sobhan back to his family, but I hope, that in some small way, today’s sentencing gives them a measure of closure and comfort.’