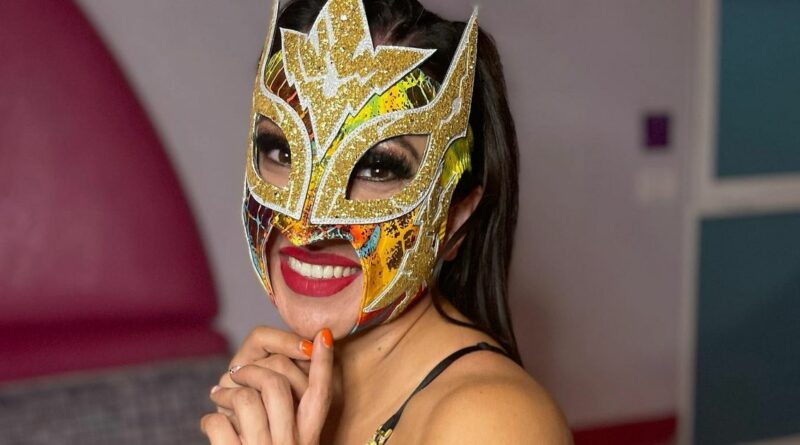 A mysterious wrestler has confirmed that she has joined OnlyFans, and she will keep her mask on for all her x-rated content.

The fighter, known as Lluvia, dropped the bombshell that she had joined the adult subscription website and is now sharing photos and videos under the name “The Little Temptation”.

Lluvia wrestles as a member of the World Wrestling Council (CMLL), and is the daughter of fighter Andrés Durán, according to Heraldodemexico.

“Better photos, videos of my fight training, weights and we will be able to chat”

The tweet was accompanied by a saucy snap of her posing on a bed wearing a black lacy body suit.

She isn't the only wrestler who has turned to the adult website. We reported on the female wrestlers who switched to OnlyFans – from alleged killer to "hot flexible wife" – you can read that here.

We also shared how British wrestler Nadia Sapphire “broke the mould” for wrestlers when it comes to joining OnlyFans.

Wales-born Nadia, 30, has been wrestling since she was 16.

But her career was thrust into the spotlight in recent years when she joined OnlyFans – and she was one of the first in the industry to do it.

She was originally against doing so, despite an ex-boyfriend urging her to do so, because she felt she would be “shamed” for doing so.

The daughter of WWE legend Mick Foley has treated fans to a sneak peak of what they can expect to see on her OnlyFans as she tries to pay for her astronomical medical bills.

Noelle Foley, 28, previously announced she was making an account on the racy adult site after having concussion issues following a rollercoaster ride.

She suffers from hyperacusis and various problems with her hearing.