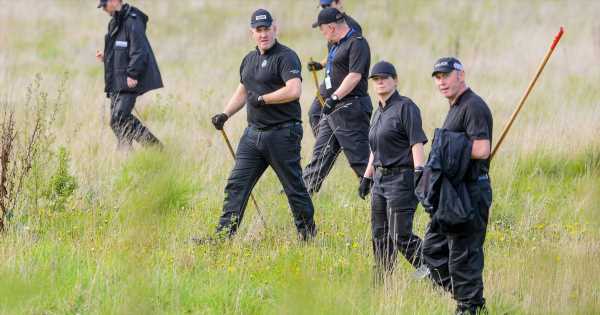 Humberside Police have issued a bizarre appeal for women who have lost their left foot to get in touch.

The stray appendage was found by a dog walker in New Waltham, North East Lincolnshire, just after 6.45am on Thursday, April 25, 2019.

One of the traumatised dog walkers who made the grisly discovery told neighbours she estimated the bare foot to be "a size four" and said it was attached to the lower part of a leg.

But despite extensive enquiries and DNA analysis cops have been unable to trace the foot’s owner, with the current theory being that the foot was amputated and hadn’t been disposed of correctly. A local told GrimsbyLive at the time: "There is a large group of them who walk their dogs every morning at around 6.30am and 7.30am and then again in the evening.

"She is still traumatised by what she found. It looked like a small foot around a size four and was a woman's foot," the witness said.

He speculated from the account of the dog walkers that a body may have been dismembered by an animal and taken along the path. Detective Chief Inspector Alan Curtis, Senior Investigating Officer in the case said: "A team of detectives have been working tirelessly to ascertain the identity of the individual and to determine how the body part came to be on the path.

"One line of our enquiry is that the foot may have been clinical waste from a medical procedure. This line of enquiry cannot be ruled out without a full and thorough investigation.

"Although this must seem a very strange request we are now appealing for any female in the Humberside Police Force area and Lincolnshire that has had a medical procedure to remove her left foot since 2014 to contact us." He added: "The NHS has been able to provide certain information in relation to historical surgeries but this would not include any private medical procedures, so by issuing this appeal now we are hoping to rule out anyone within this category of patient.

"If you have had such a medical procedure in the past eight years whether through the NHS or through private medical services I would ask you to call us, your call will be treated with the utmost respect and privacy.

"Over the past two years extensive investigations have been carried out into missing people (locally, nationally and internationally), extensive forensic testing and DNA analysis, yet still no match has been found that would help us provide a positive identification.

"I encourage anyone that would be in this category of amputees to contact us. Or anyone that has not already spoken to us, to please get in touch by calling our non-emergency number 101 quoting log 85 of 25 April 2019."