A MAN has reportedly died after getting stuck in a pipe connected to a water slide at an aquatic park.

A police officer heard the man crying for help from inside the pipe a little after midnight Monday when he was patrolling near the Eldorado Aquatic & Fitness Center in Scottsdale, Arizona. 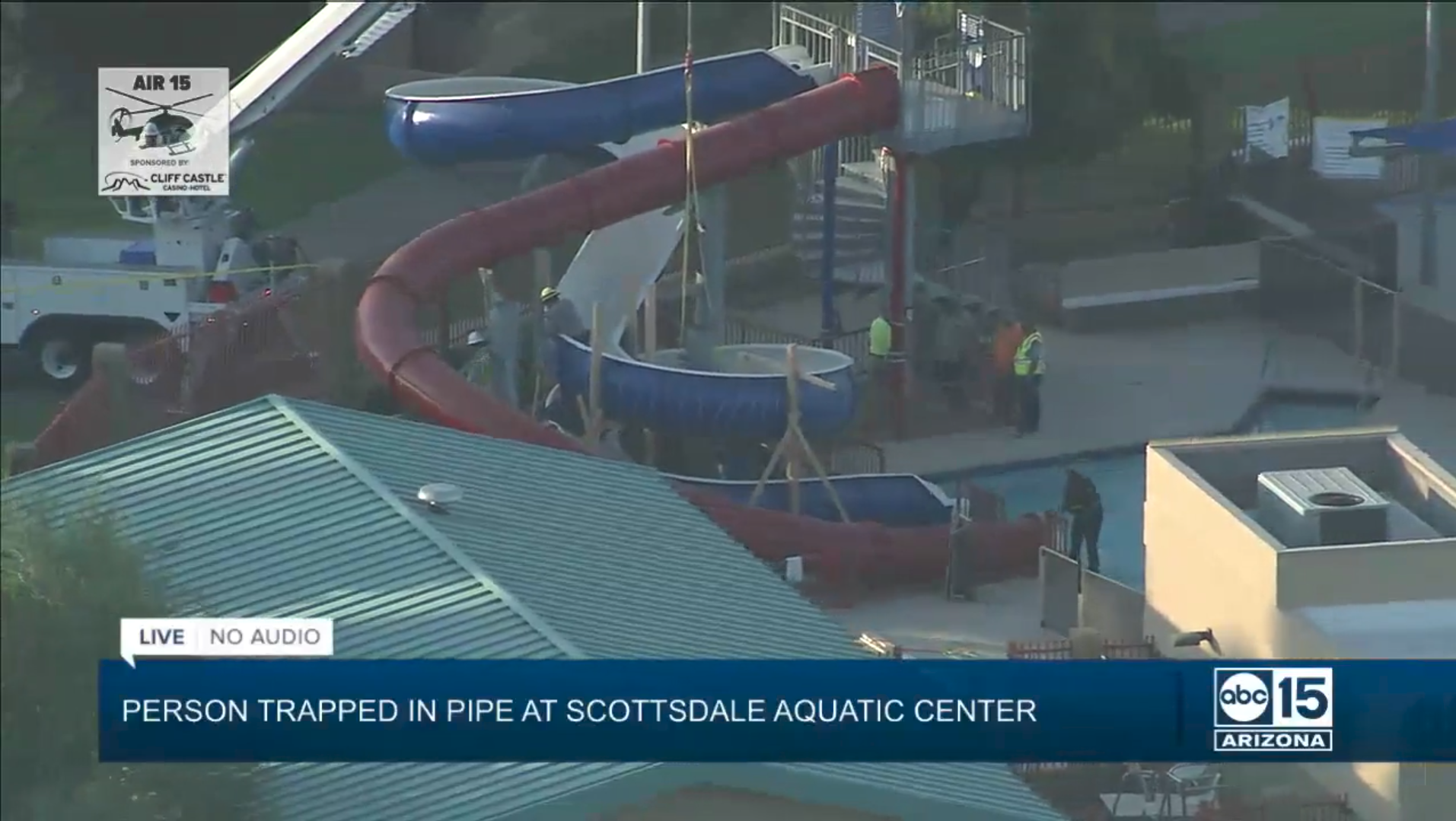 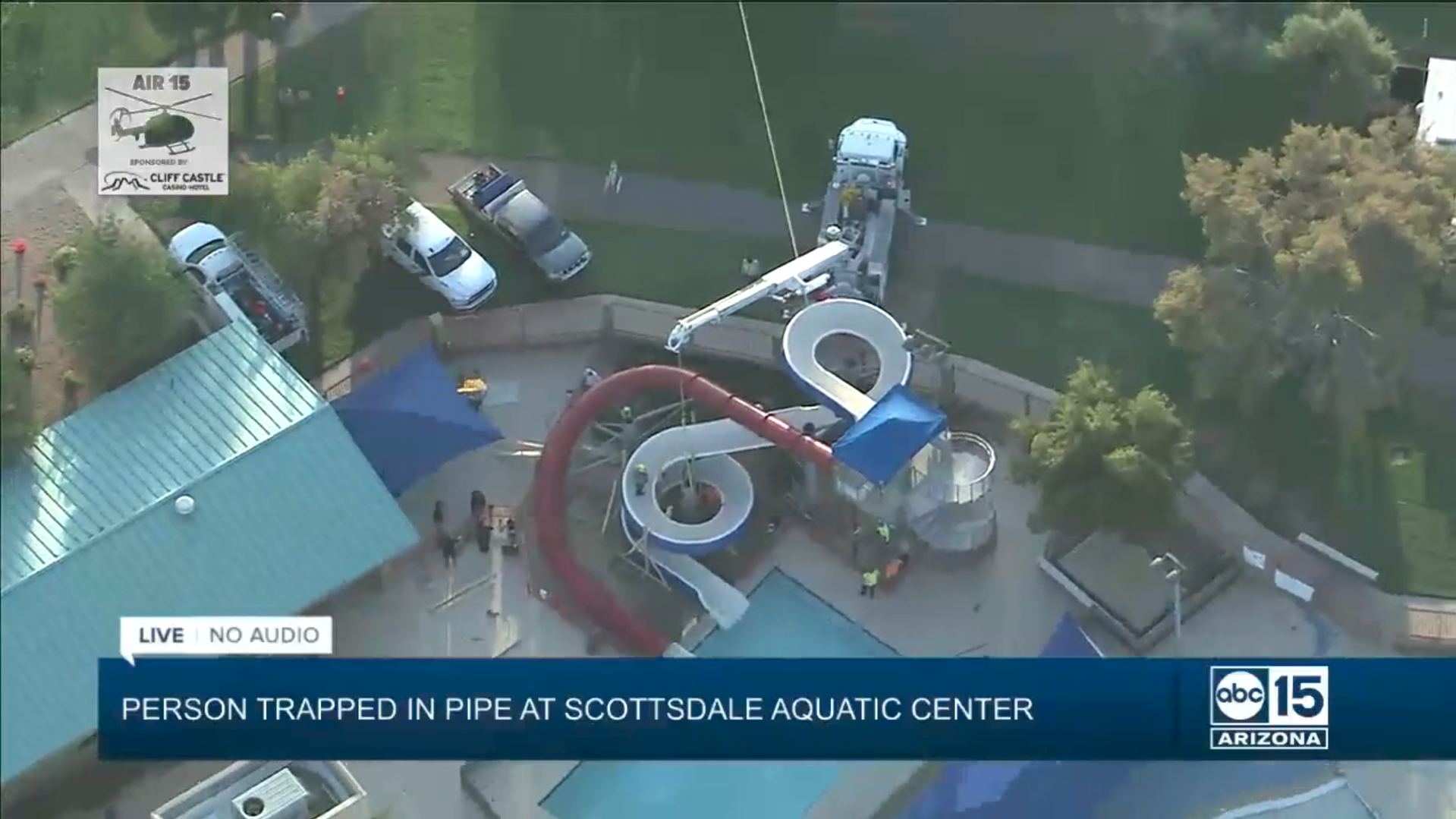 It took over an hour to locate where the cries were coming from, police said, because of how the 32-year-old man's voice was being projected out of the pipe.

It's unclear at this time exactly how the man got stuck in the pipe.

AZ Central reported that he hopped the fence to gain access to the aquatic center and headed for the water slide after taking a dip in a swimming pool.

The slide is supported by a large, hollow, steal tube, which is where the man got stuck, police spokesman Sgt Kevin Watts told local NBC affiliate KPNX. 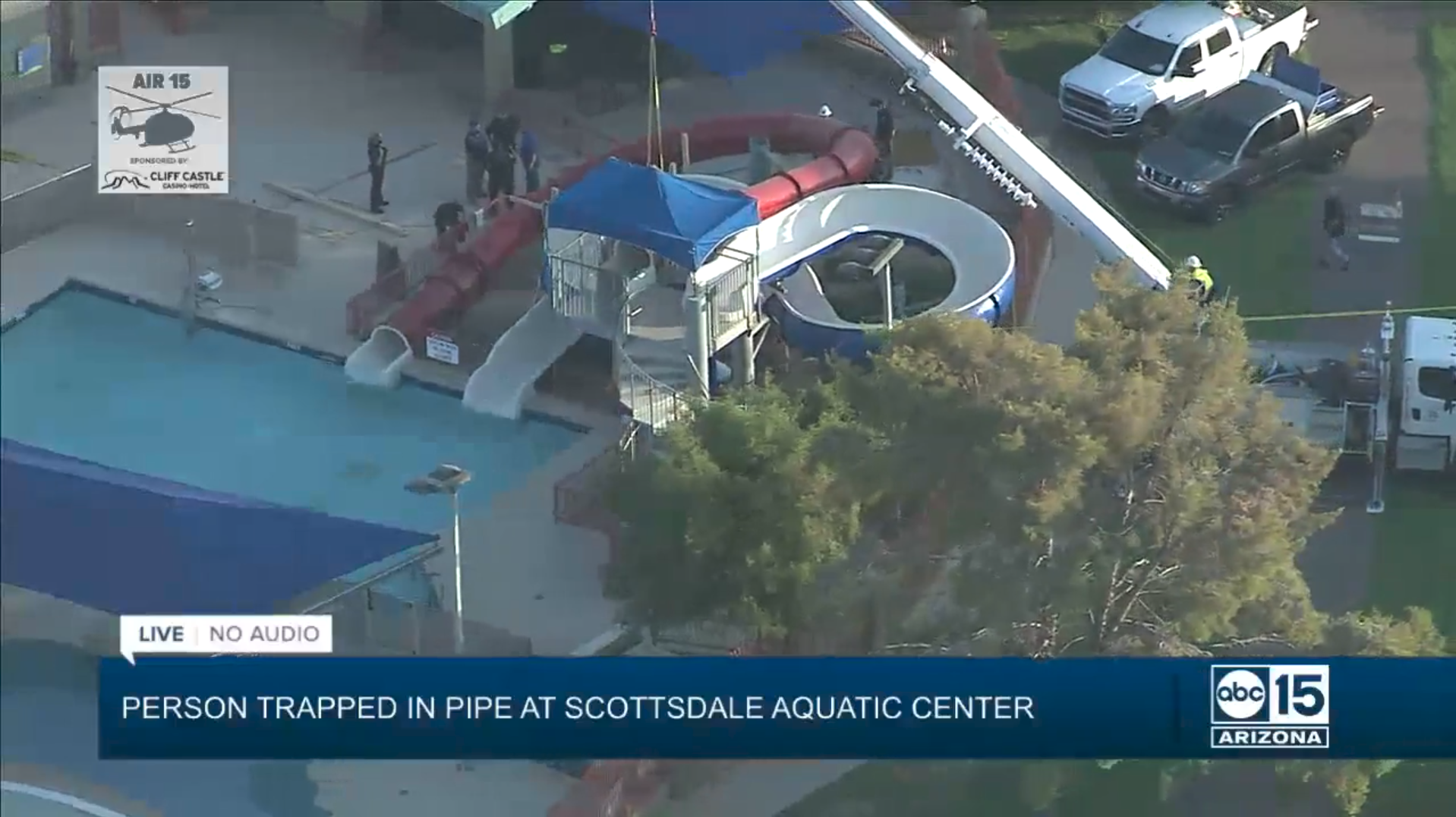 Police are currently investigating how the man was able to get into the pipe in the first place.

"It wasn't an easy feat," Watts said about how the man managed to get stuck.

"It's the center support for the super structure, holding that circular slide, so he had to climb up and it took some work to get down in there," he said.

Shortly after police were able to locate where the cries were coming from, the man stopped communicating with them.

The rescue mission eventually turned into a recovery mission, and the man's body was extracted around 7am, according to AZ Central.

The cause of death has not yet been determined, but the medical examiner was on the scene earlier today and will be the one who makes that announcement, Watts said.

The man's identity has also not been released yet, pending notification of next of kin.

The aquatic center is currently closed, as the recovery mission required a dismantling of the water slide.