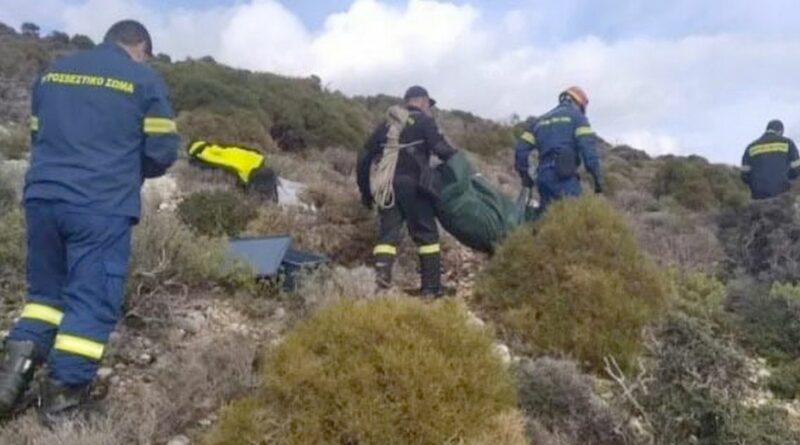 An investigation is currently taking place after the bones of a human skeleton were found on a Greek island, nearly two years after a Brit vanished without a trace.

The grim discovery was made in the inaccessible mountains of Rhodes by a hunter.

Authorities and the fire brigade were called to the Greek island, Rhodes, located between Psinthos, Maritsa and Kalythi.

On-site investigators are conducting tests to find out the possibility of the bones found by the hunter belong to the 60-year-old, who was last seen in December 2019.

Current examinations have not confirmed the identity of the remains found.

Reports from Proto Thema say the investigation is underway in figuring out whether the bones are linked to the disappearance.

The remains were transported to the morgue of the hospital of Rhodes for the examination, with further testing needed before a link is made between the bones found and the missing woman.

The Prosecutor's Office has also been informed of the findings.

Police are currently examining the possibility of a link between the bones and the missing 60-year-old, who lived in Kalithies as they say the height, hair colour, and clothes match her description.

The Brit expat is reported to have vanished from the Greek island in December 2019, with authorities at the time issuing a silver alert for her absence.

Authorities were concerned for the 60-year-old when she had not turned up to collect food from the Municipality of Rhodes.

Confirmation on the identity of the remains is not expected for some time, following specialised investigations by emergency services and detectives on the case.