Water’s a bit nippy! Naked man swims in SHARK tank as the killers circle him in astonishing video

This is the astonishing moment a naked man swam laps in an aquarium exhibit as sharks circled beneath him.

Footage captured the ‘pretty intoxicated’ man as he swam across the tank in Ripley’s Aquarium of Canada in Toronto.

He hovered in the water as schools of fish and gigantic sharks passed by beneath him, thankfully paying little attention to the floating man above. 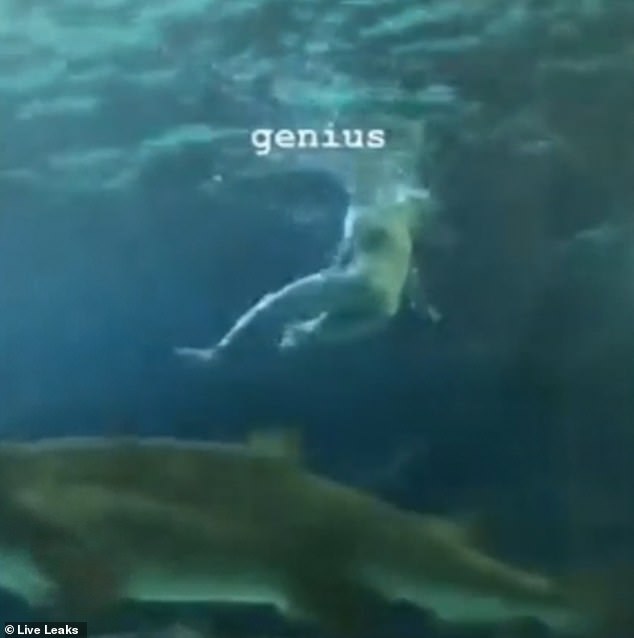 He then began to swim around the exhibit as jazz played in the background, causing fish to flee as he invaded their homes.

According to a post made on Reddit, the man stripped naked before jumping into the shark exhibit at around 10.30pm on Friday.

The post described the man as ‘pretty intoxicated,’ and said he did a couple of laps of the tank as sharks surrounded him.

It said: ‘Some guy jumped completely nude (he seemed pretty intoxicated) into the shark exhibit and did like a couple laps laughing as the sharks were all around him.

‘There were also a bunch of people videotaping it and a pretty big crowd watching it go down.’ 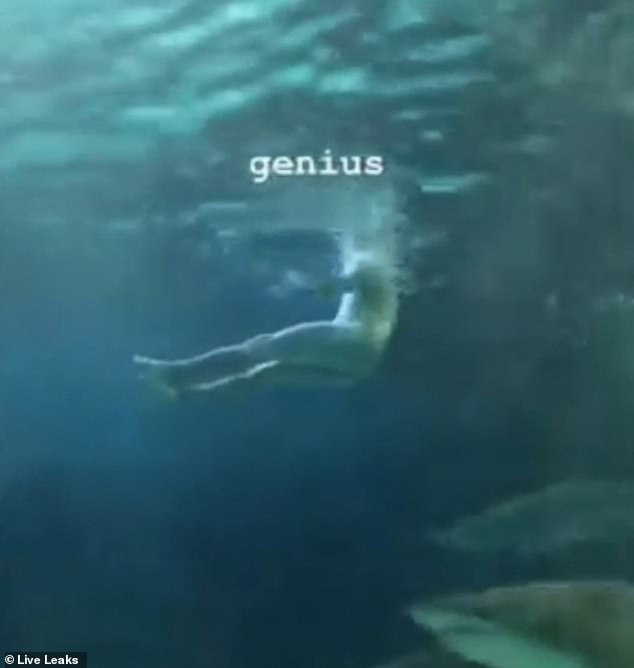 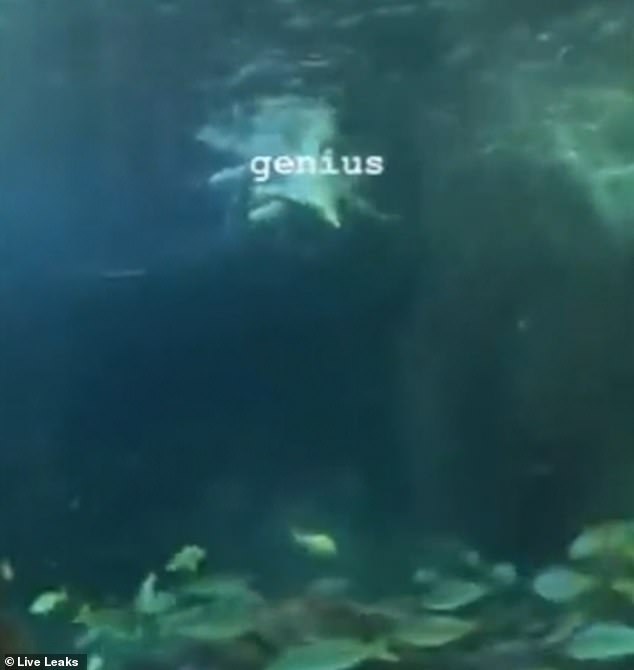 He then began to swim around the exhibit as jazz played in the background, causing fish to flee

The nudist then reportedly exited the tank, but before security could reach him, he jumped back into the water.

But the Reddit post confirmed the man was then escorted out of the aquarium by security guards, but the original poster was unsure whether Toronto Police were involved.

The incident allegedly took place on a Friday Night Jazz event at the aquarium, when alcohol is served in the park.

One user said: ‘He’s lucky those sharks are well fed and have no interest in eating him alive.’

Another commented: ‘It looks to me like he jumped in at the section where you can lean over and touch the rays and small sharks, it would suck if they had to block that off because of one bad apple.’

Malaysia's Anwar says some colleagues trying to bring down government