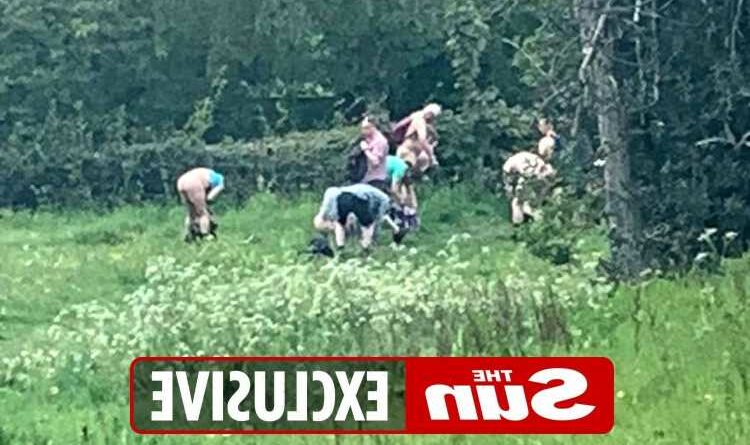 NAKED ramblers caused outrage by stripping off yards from a school.

One mum covered her boys’ eyes when she saw them in a field behind a graveyard. 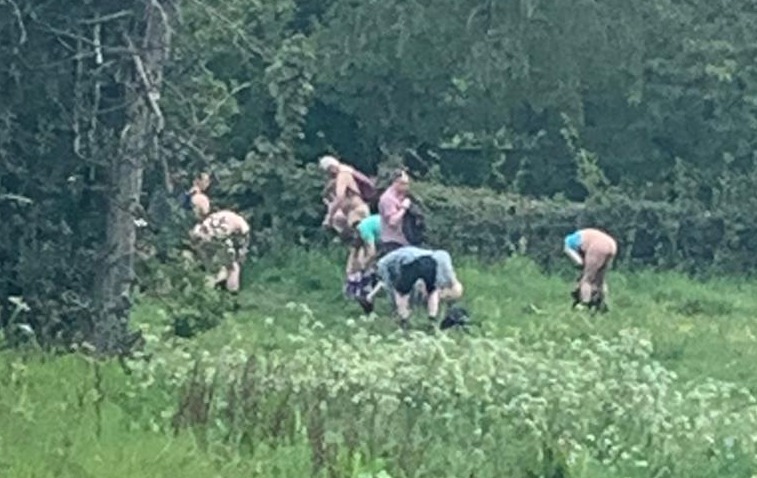 About ten middle-aged men were caught on camera getting naked near the Church of England primary.

The mother who snapped them said: “It is shocking that these people think they can just take off their clothes wherever they like.

“I was with my two boys right next to the school in the church graveyard when we spotted them in the altogether. I told my lads not to look but I managed to photograph them on my phone camera because I felt what they were doing was wrong and I wanted evidence. I have no idea who they were.”

The law says a balance must be struck between the right of expression of naked ramblers and the right of the public to be protected from distress.

But it can be an offence to perform a lewd, obscene or disgusting act which outrages public decency.

After stripping, the men walked off along bridle paths in Tanworth-in- Arden, Warks, which has a  population of 3,000. Drinkers in the village’s  Bell Inn were also stunned.

David Martin, 53, a teacher, said: “Everyone in the pub couldn’t believe their eyes. 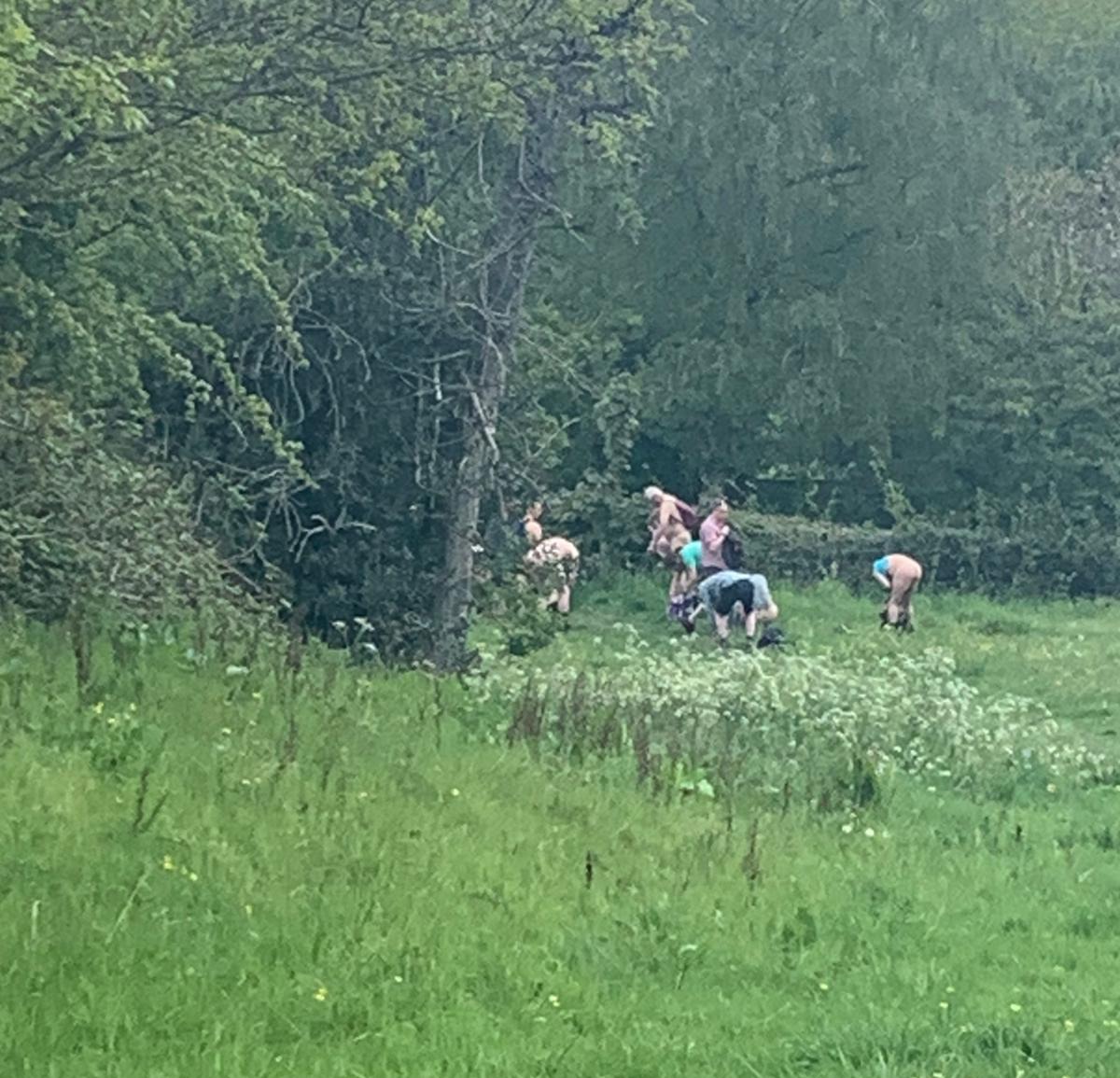 “We moved to this village because it is a beautiful part of the world.

“But it seems nowhere is safe from these kind of people who feel they have the right to do what they want. I’m pleased my daughter didn’t see them.

“I don’t think I would have known how to explain it.”