LaJoie will drive the No. 32 car – with a "Trump 2020" paint scheme – on Sunday’s Brickyard 400 at the Indianapolis Motor Speedway. 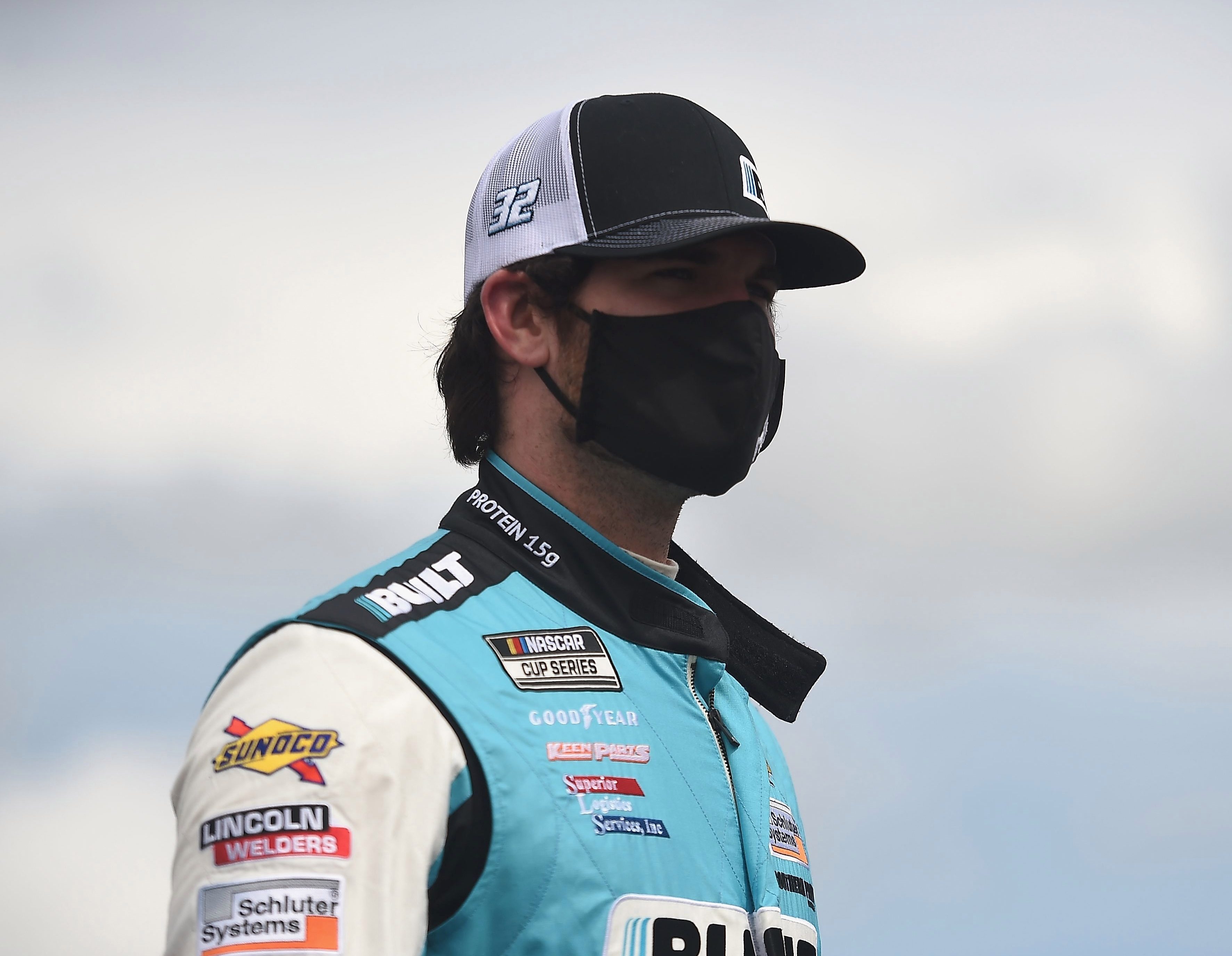 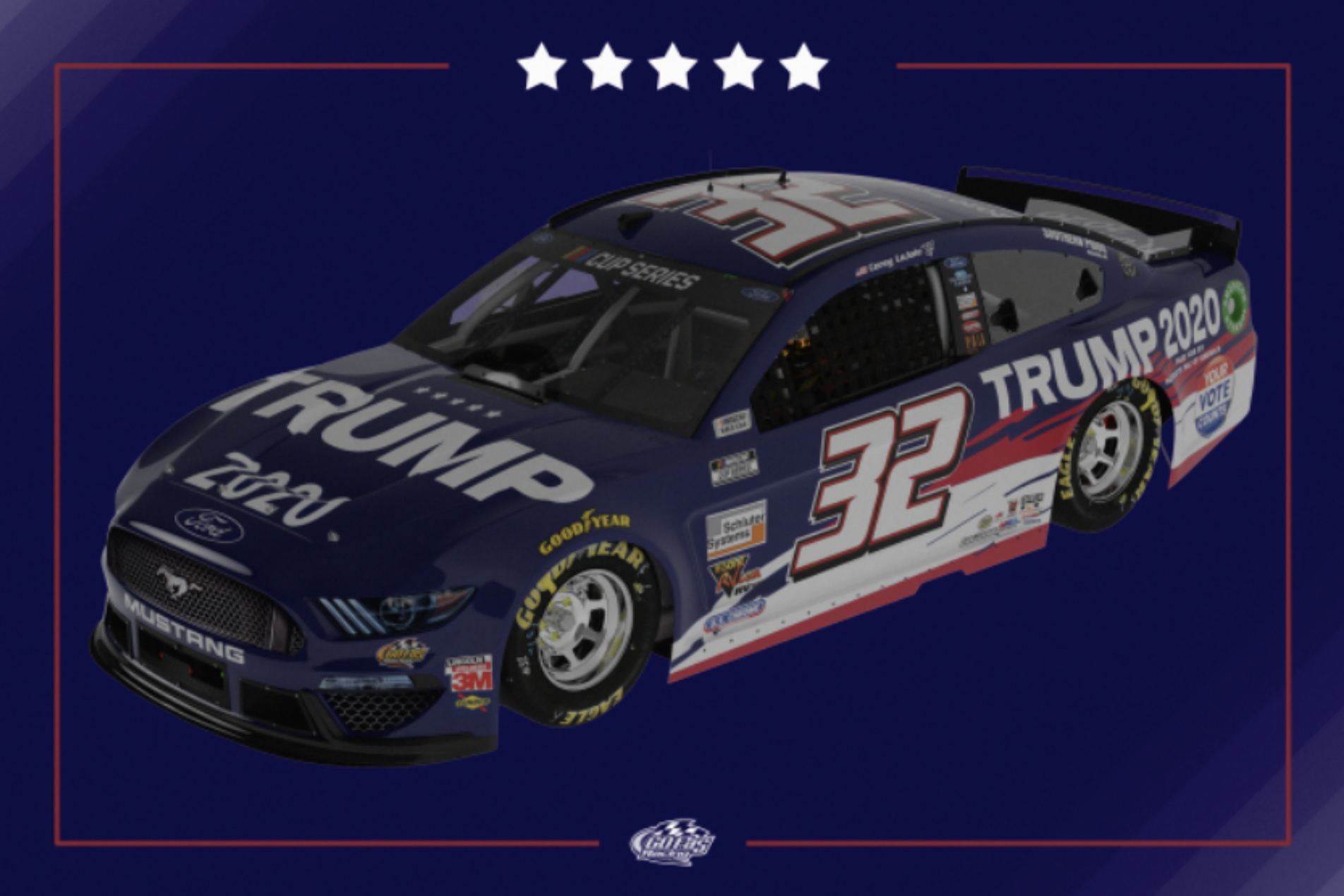 Go Fas Racing revealed on Monday that they have partnered with the Patriots of America PAC for nine races in 2020 season.

Patriots of America PAC is a political action committee pushing for the re-election of Donald Trump.

According to a Wednesday press release, the "patriotic red, white, and blue" race care will be debuted on Fourth of July weekend.

LaJoie said: "With an estimated 75 million NASCAR fans out there, I was surprised that about 15 million of those fans are not registered voters.

"I will give my best effort to get NASCAR fans registered to vote, through our team efforts on and off the track.

"When they see the car, hopefully it makes them race to the polls in November."

LaJoie is a "third generation racer" and follows the footsteps of his grandfather, Don LaJoie, and his dad, Randy LaJoie, according to his website. 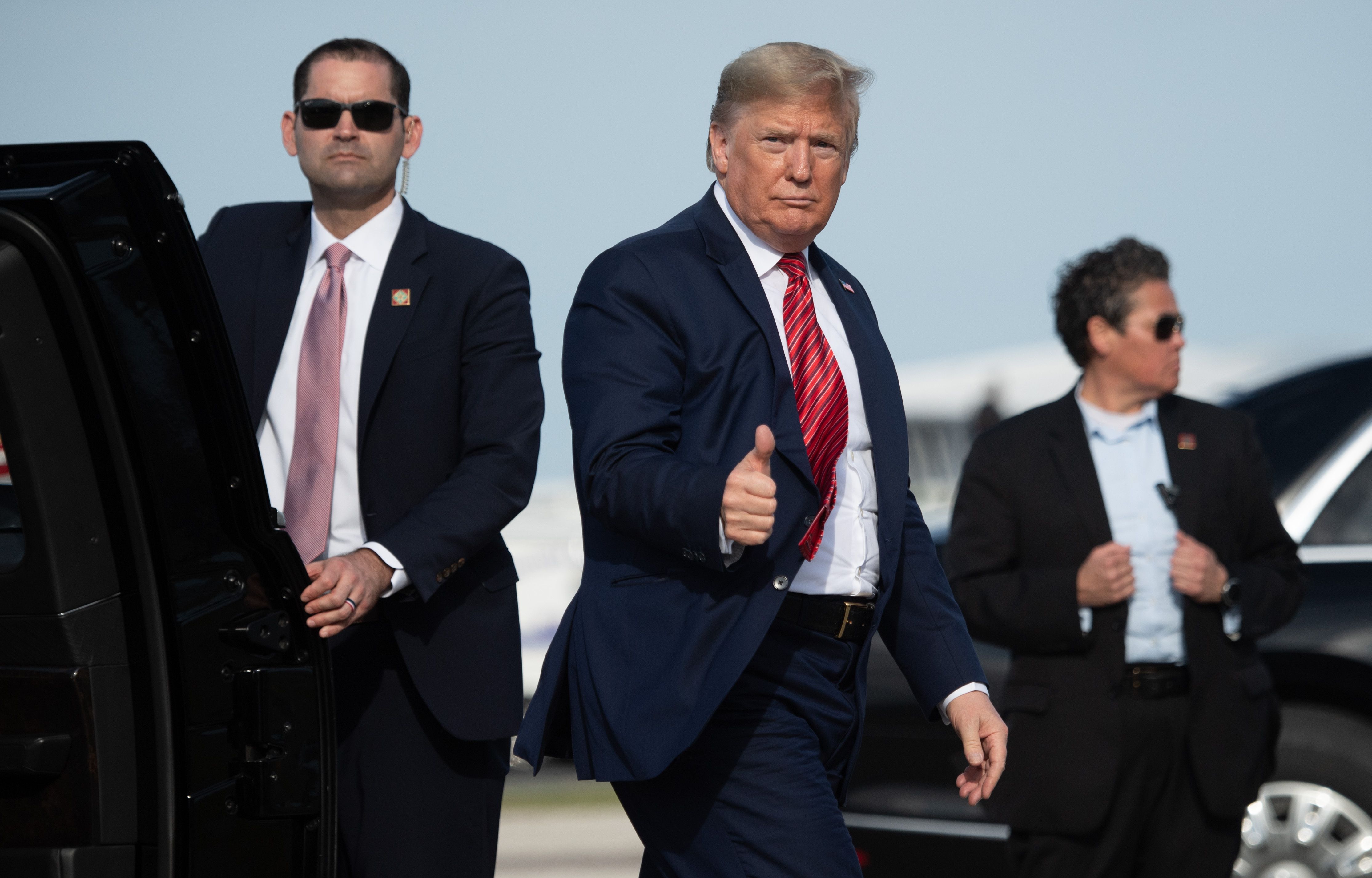 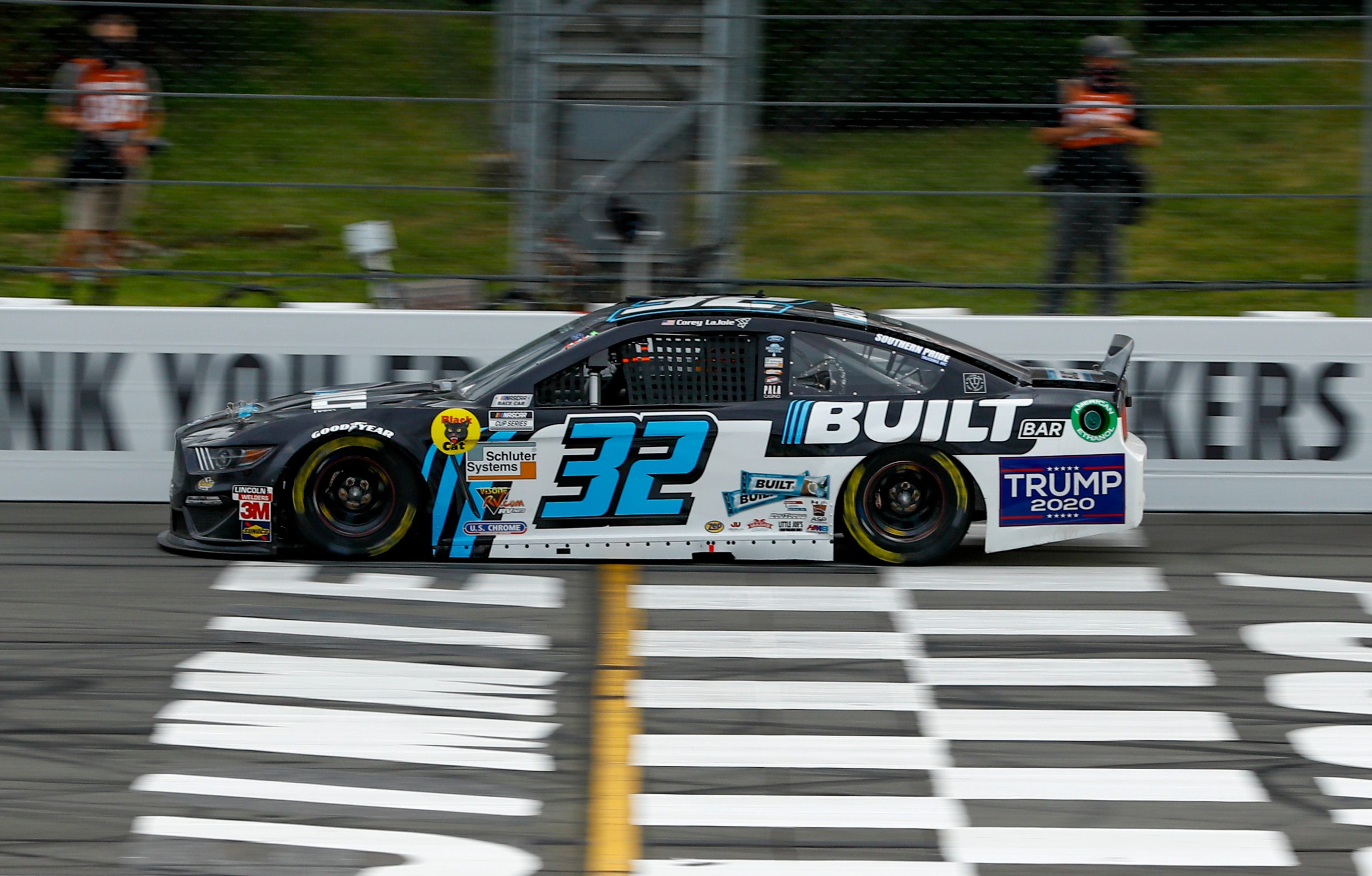 His grandfather and dad are both members of the New England Auto Racing Hall of Fame.

LaJoie's Trump-supporting Ford Mustang will hit the tracks for the first time at 4pm ET on Sunday, July 5.

NBC and the NBC Sports app will broadcast the race.

Jeff Whaley, speaking for the Patriots of America PAC, said: "Our mission is to get voters registered and to the polls in November.

"We feel this partnership is the best way to help us communicate this message to the NASCAR community and encourage all Americans to do their part by heading to the polls." 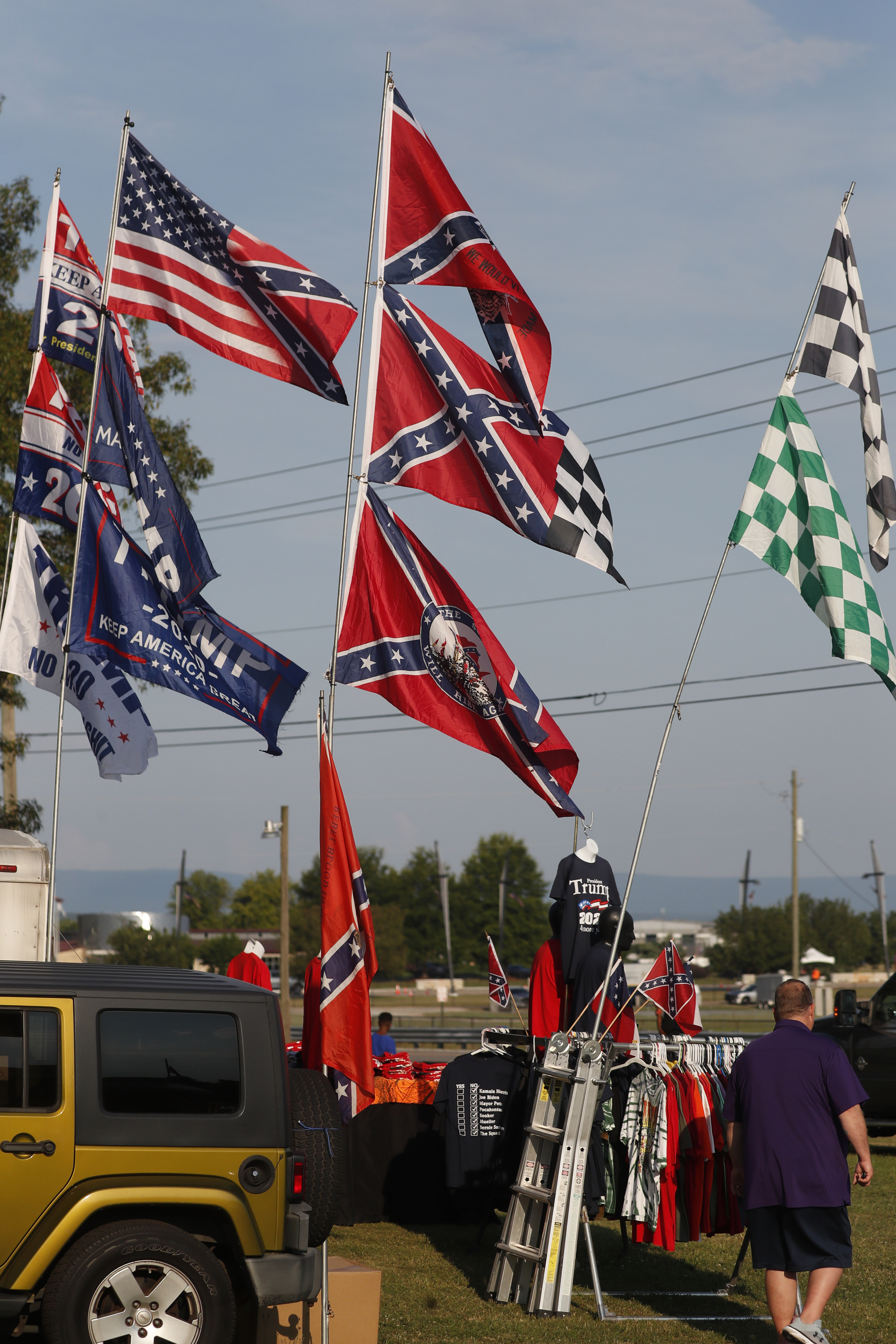 The "Trump 2020"-themed car comes less than a month after Bubba Wallace, Nascar's only black driver competing at the top-level Cup Series, raced in a car bearing the words #BlackLivesMatter.

Wallace, 26, recently made headlines for calling on Nascar to ban the use of the Confederate flag at its events.

Nascar itself bans the use of the Confederate flag on its cars and merchandise, but currently does not prevent fans from bringing it to fly during races.

The car, a No. 43 Chevrolet, was painted black with a logo on the hood of a black hand holding a white one.

The front and back of the car read "Compassion, Love, Understanding." 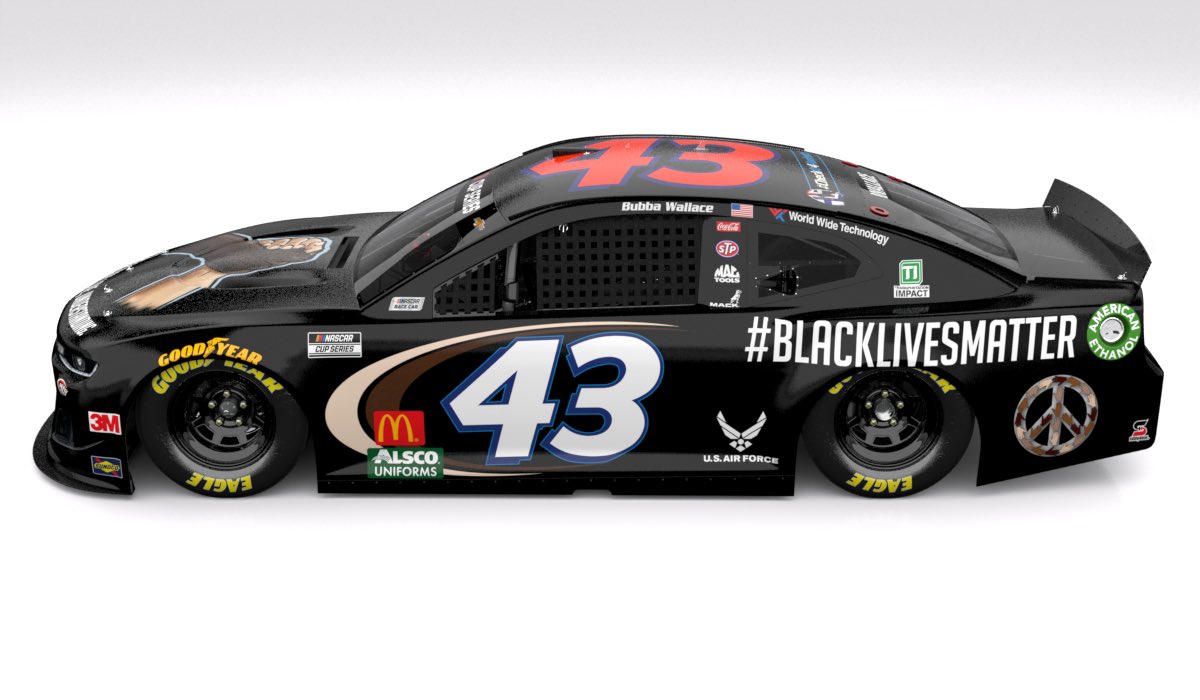 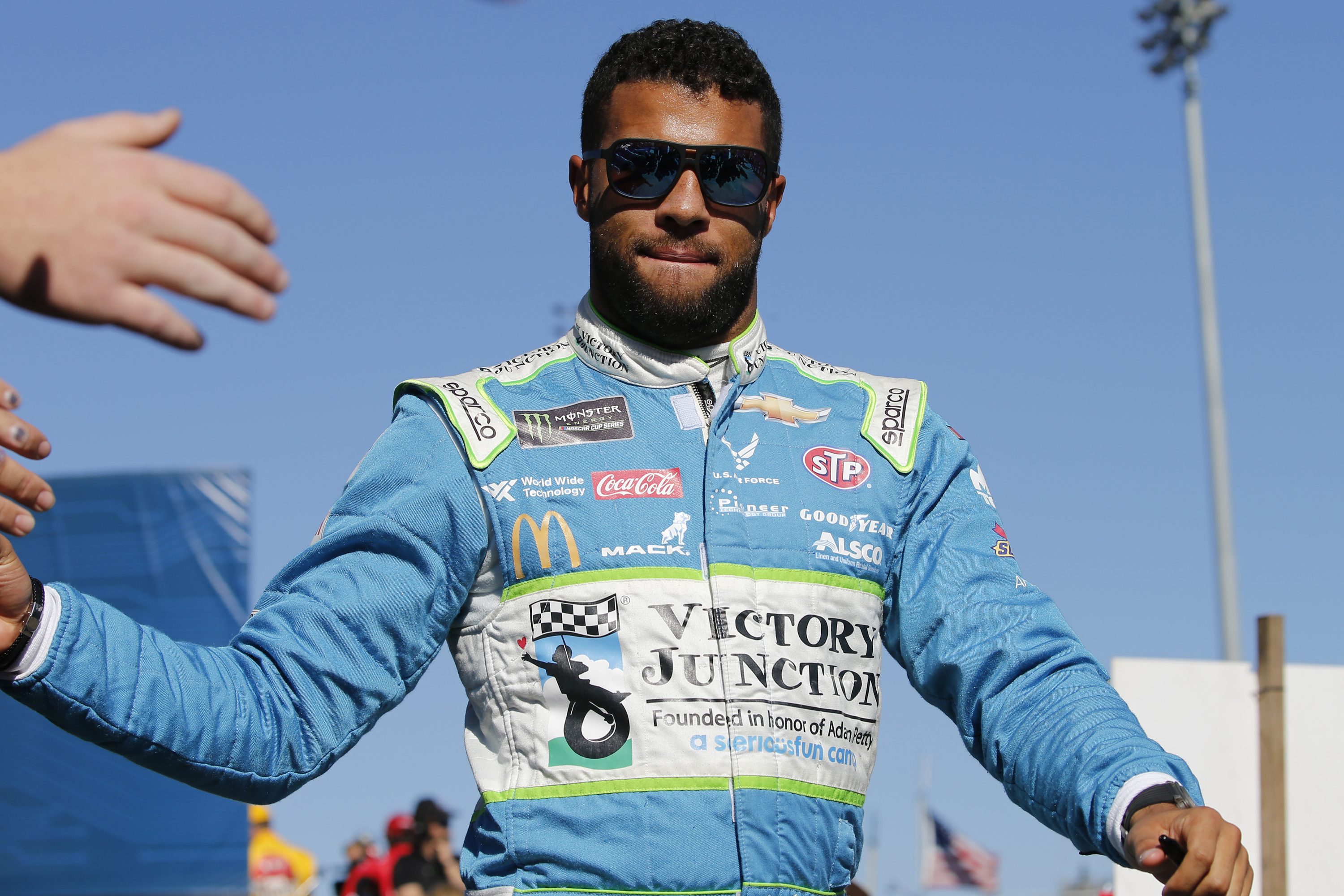