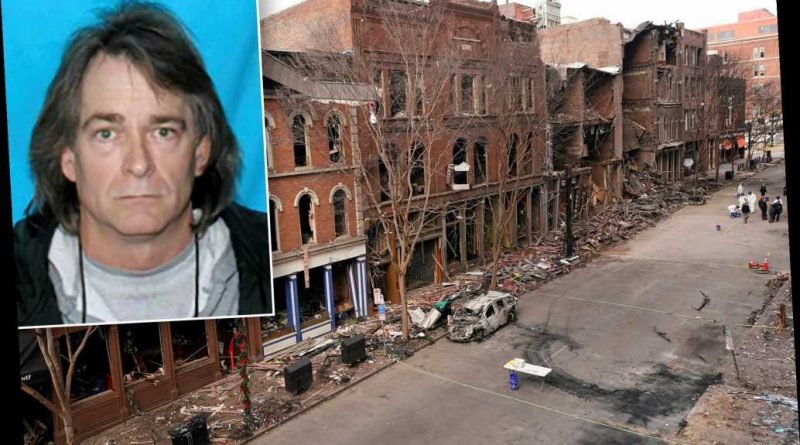 Nashville says 2 bombed buildings must be demolished, businesses in limbo

Authorities said Monday there was no indication the Nashville RV bomber was motivated by social or political ideology when he blew himself up inside his recreational vehicle on Christmas Day.

The FBI made the determination as it closed its investigation into Anthony Quinn Warner’s suicide blast that injured six people in downtown Nashville.

Although the blast injured six individuals, and caused significant property damage, officials confirmed Warner was the sole fatality, and bomber, a couple of days after the explosion, when forensic testing matched the remains at the scene with his DNA, as well as that of his relatives.

But determining his motives has been more challenging. Nearly an hour before the RV exploded, Warner gave people a chance to clear the area with a recorded broadcast warning and gunshots. He also carried out the attack at 6:30 a.m. — when the historic downtown’s usually busy streets were mostly deserted.

This evidence led Tennessee Bureau of Investigation Director David Rausch to suggest the possibility that Warner “had no intention of harming anyone but himself,” and was more intent on “destruction than death,” he said in the days after the bombing.

In its investigation, the FBI concluded that Warner was plagued by paranoia about 5G technology, and eccentric conspiracies about shape-shifting “lizard people,” as reported in the days after the bombing.

In December, a source close to the investigation told the Daily Mail that Warner’s paranoia about 5G technology was believed to be the “unofficial motive” for his choice to target an area near an AT&T building.

“The suspect believed 5G was the root of all deaths in the region and he’d be hailed a hero,” the source told the outlet, which also reported that Warner’s father, who spent his career working for BellSouth, an AT&T subsidiary, died of dementia in 2011.

However, the FBI statement gives no indication that that is the case.

In the days after the bombing, Nashville cops were scrutinized for not taking more aggressive action after a 2019 tip from his girlfriend that he was making a bomb inside his RV.

A five-member panel, which reviewed how local police responded to the tip, found that cops went to Warner’s house, but left when he didn’t answer the door.

Although the RV was spotted behind the residence, where it was fenced off, police couldn’t see inside the vehicle, and didn’t have the authority to “enter his home or fenced property,” said a police spokesman.

According to the same spokesman, Nashville cops shared the report with FBI investigators to search their databases and the agency found “no records” of Warner.