Adam Thomas, 22, and his partner Claudia Patatas, 38, gave their child the middle name Adolf, which the court heard was in honour of Nazi leader Adolf Hitler. 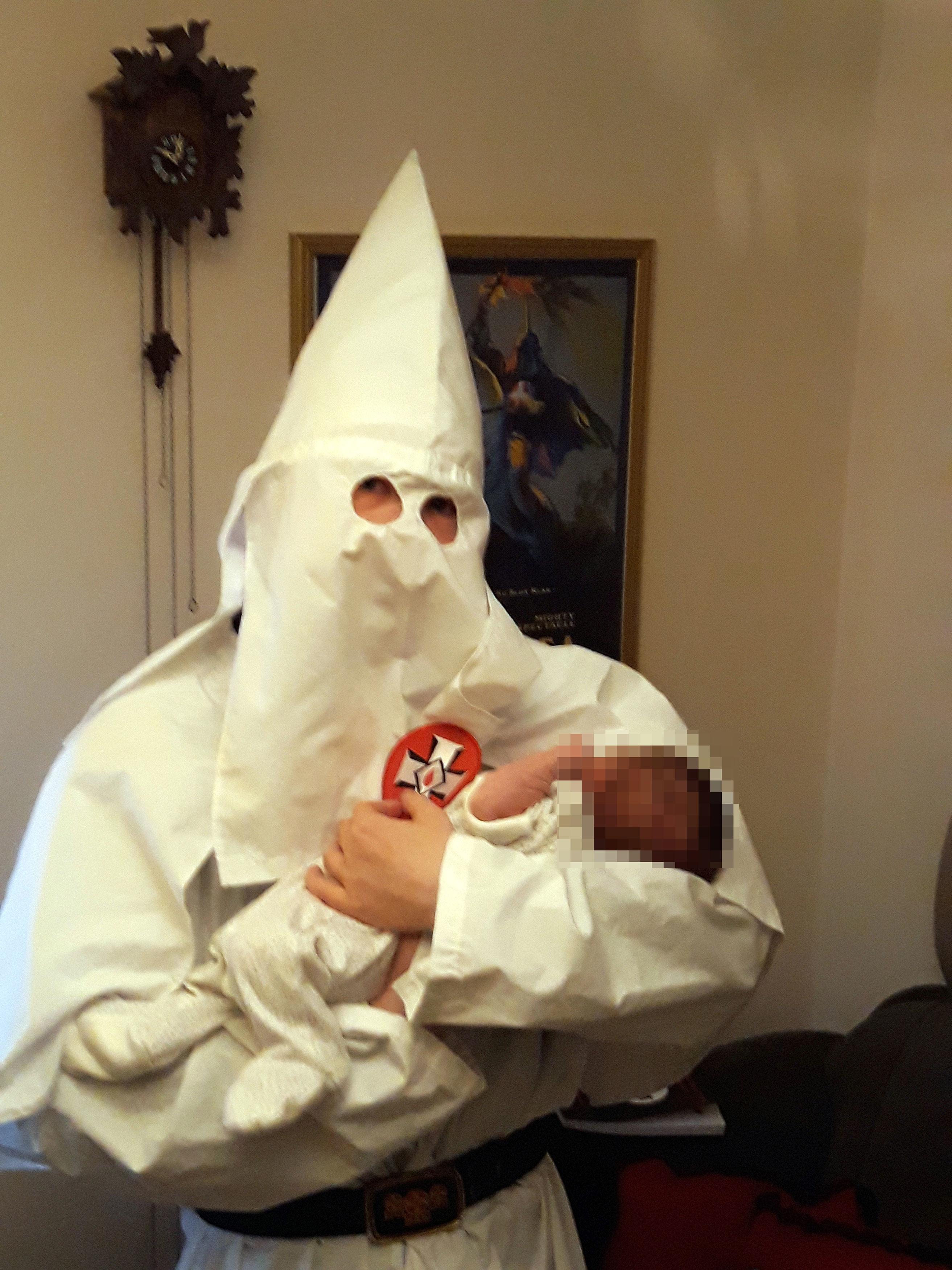 Jurors at Birmingham Crown Court were for the first time on Monday shown the image, along with another photo showing Thomas holding a swastika flag.

Another image, allegedly showed Thomas at home in Banbury, Oxon, wearing a KKK robe while brandishing a machete in front of a Confederate American flag.

Thomas and Patatas are on trial accused of being members of the far-right terrorist group National Action, which was banned in December 2016.

Co-defendant Daniel Bogunovic, 27, of Leicester, is facing the same charge. 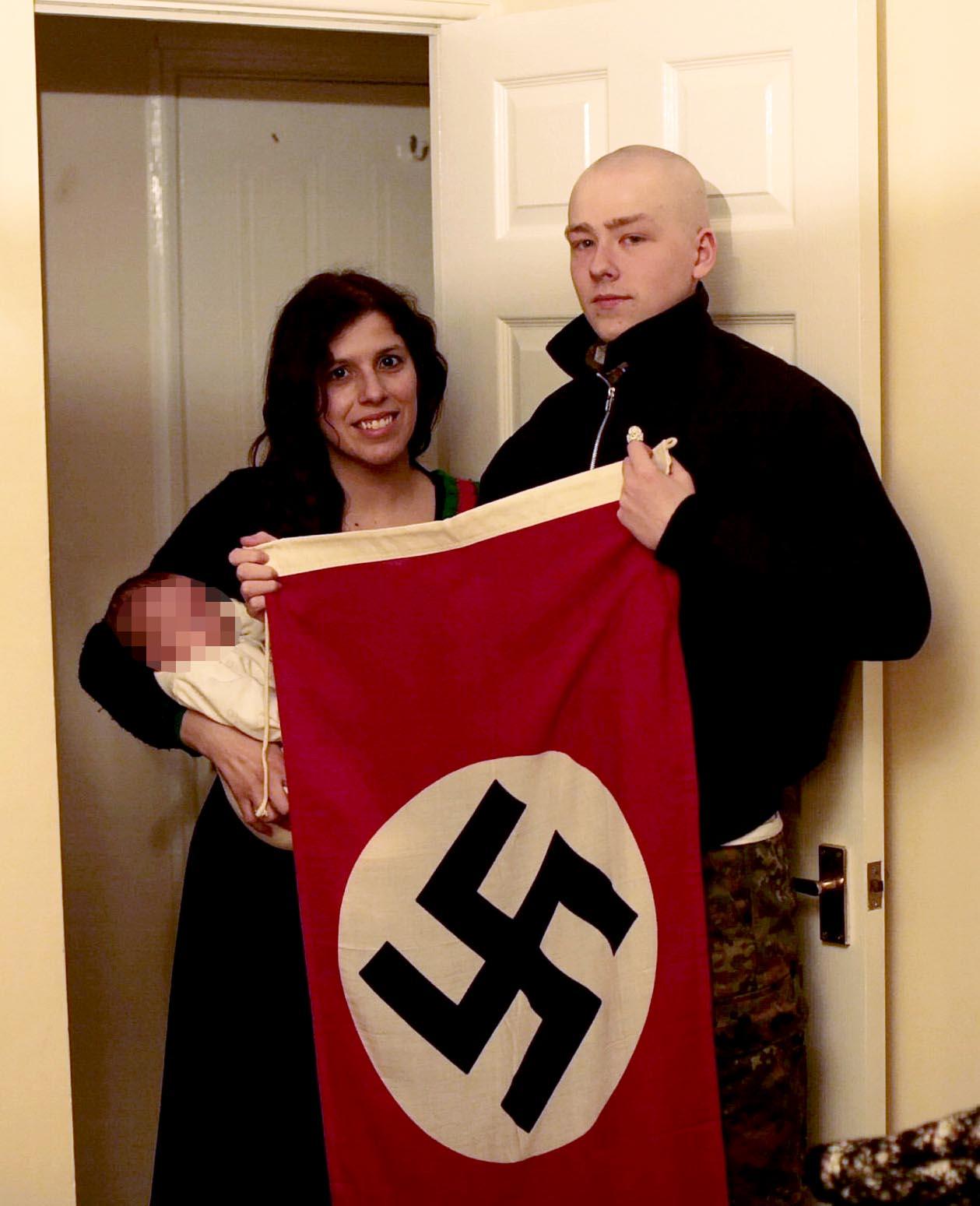 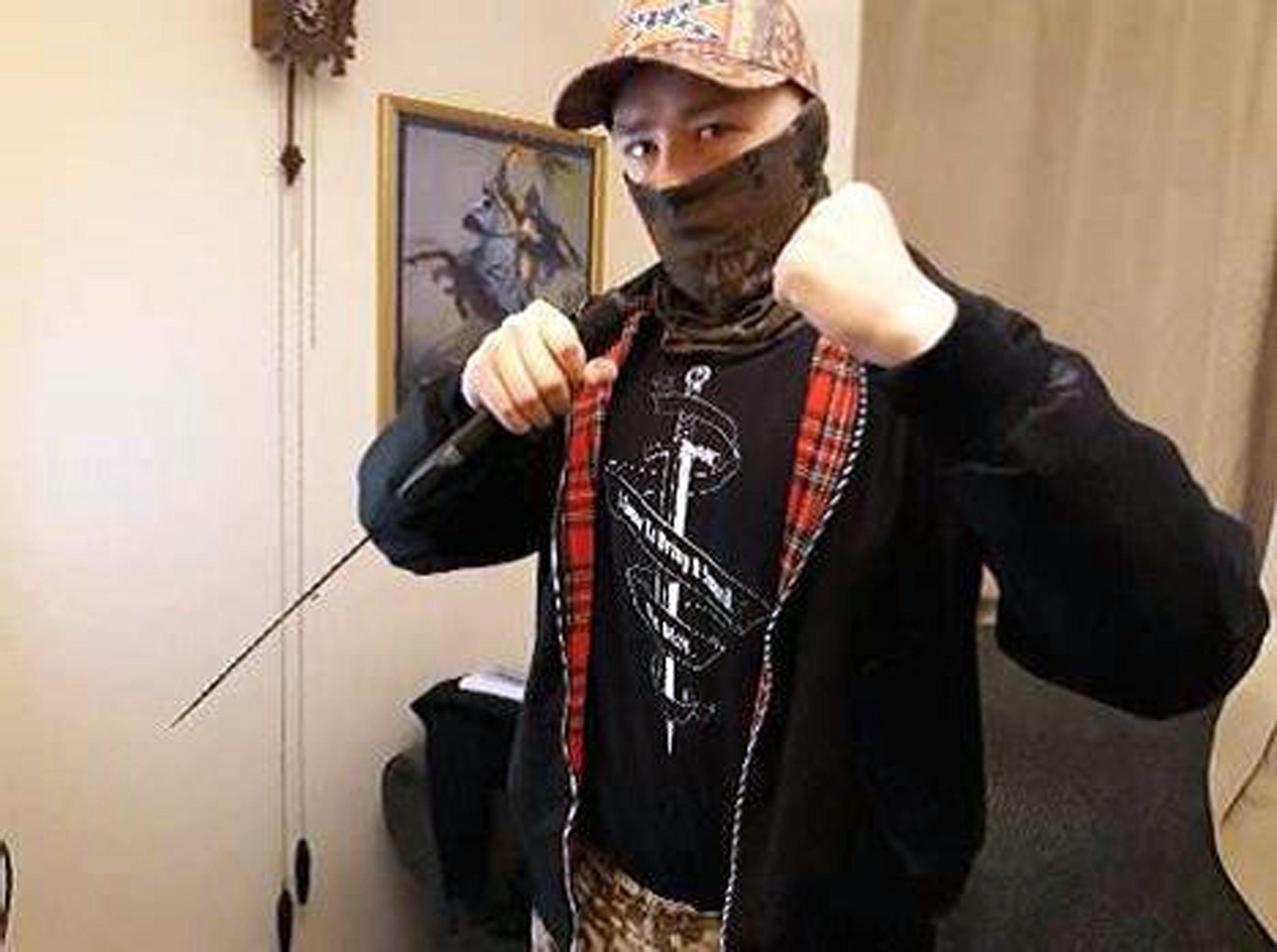 A host of Nazi and far-right memorabilia, and National Action flags, badges and banners, were found at the couple's home.

Jurors have also heard an “extensive" collection of weapons, including crossbows, an axe and knives were also discovered inside the property.

The couple also allegedly had a poster stuck to their fridge reading "Britain is ours – the rest must go".

Thomas faces a separate charge of having a terrorist document, the Anarchy Cookbook, which contained bomb-making instructions.

Barnaby Jameson QC, prosecuting, showed jurors a series of photographs including one which was found on a memory card at the house.

It allegedly shows Patatas holding her baby, standing next to Darren Fletcher, 28, who was holding a swastika flag and performing a Nazi-style salute. 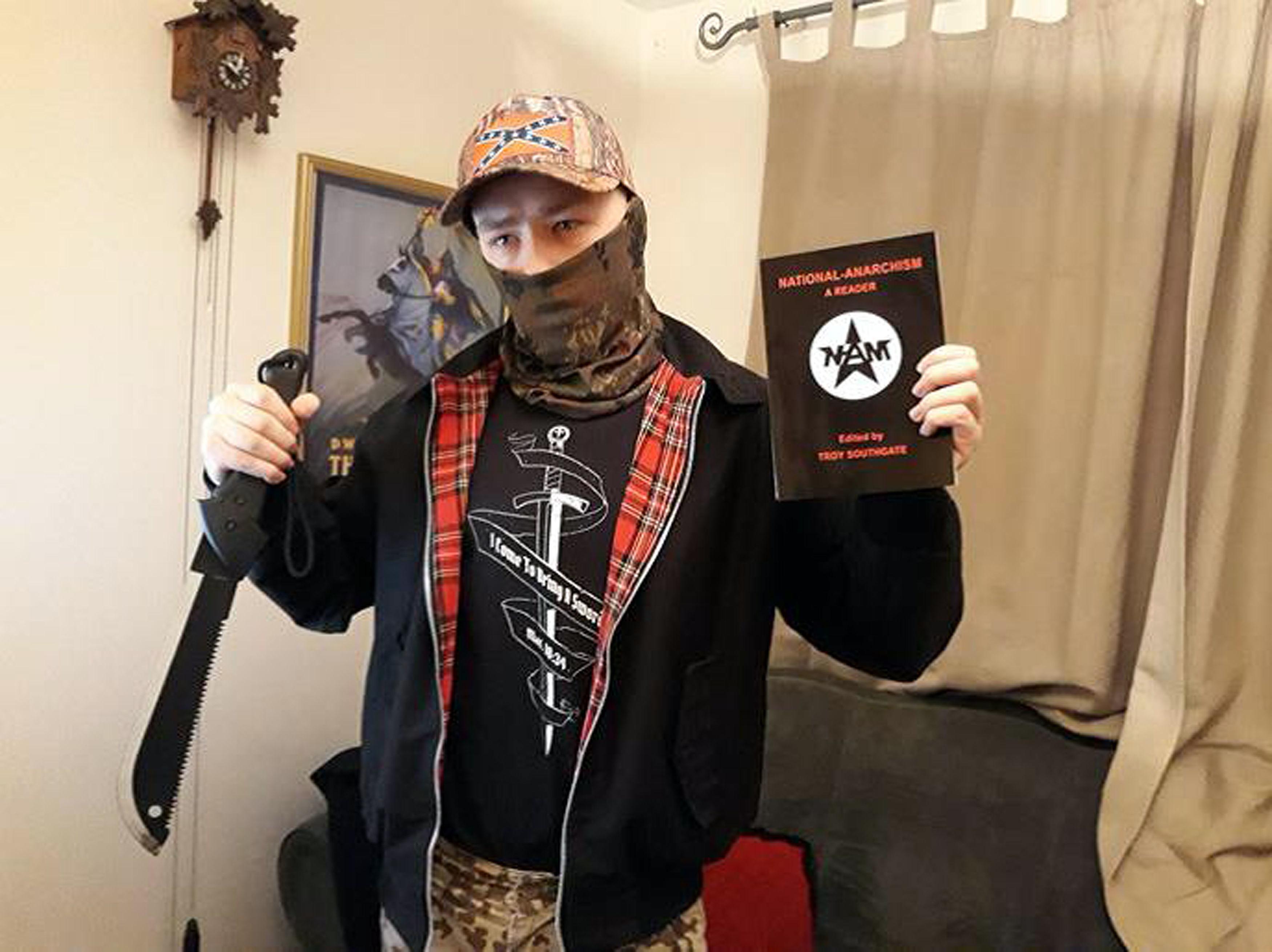 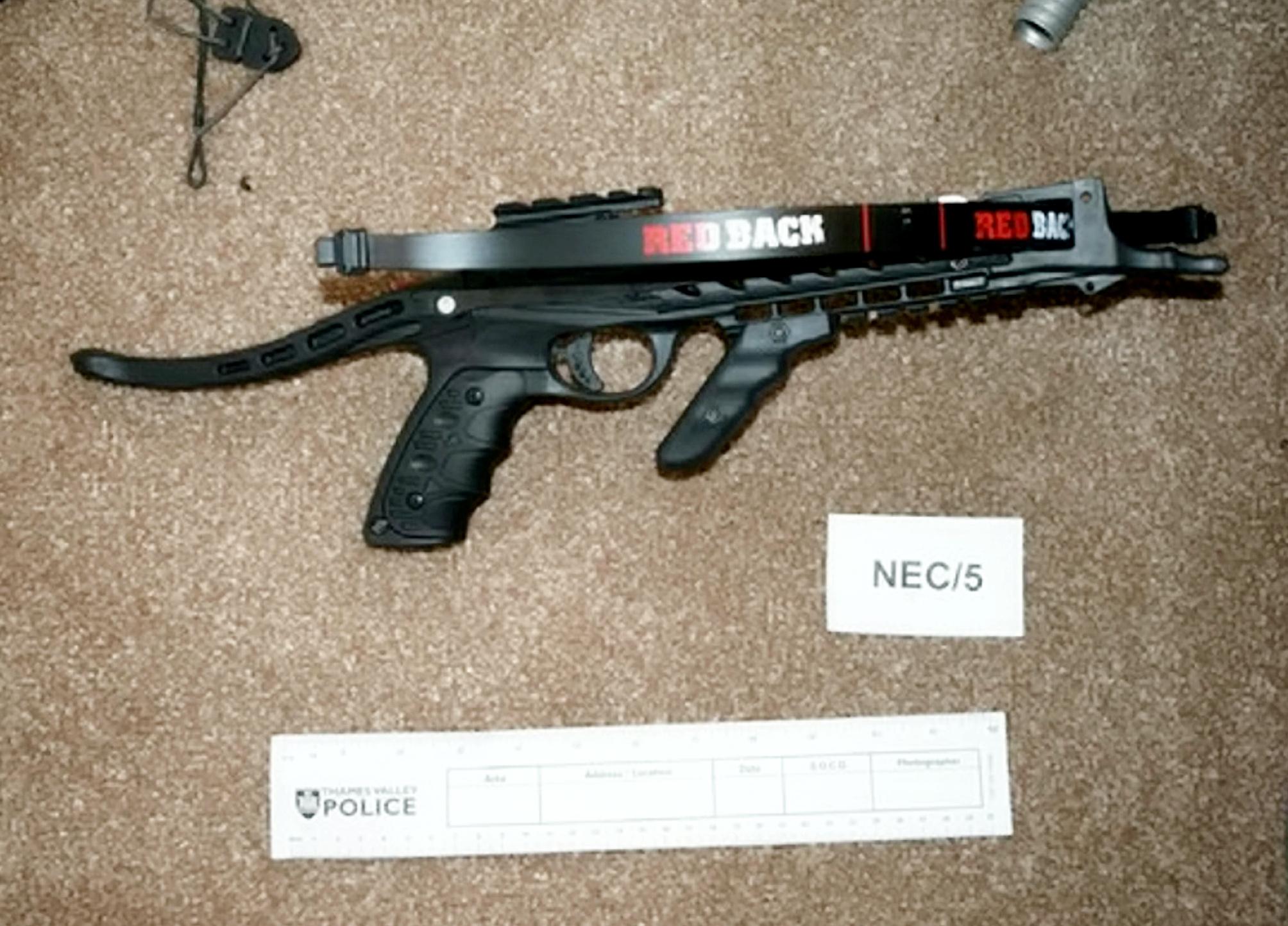 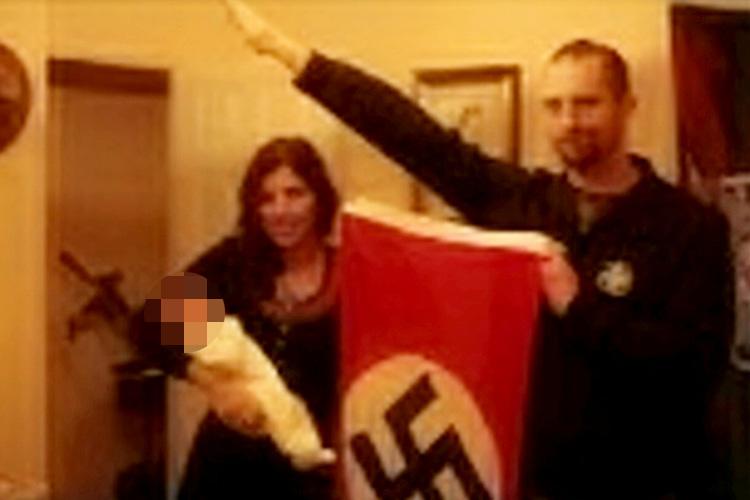 Fletcher, 28, of Wolverhampton, previously admitted membership of National Action and was a "close friend" of Thomas.

Describing another image, said to show Thomas in the hooded robe with his child, Mr Jameson said: "The suggestion is that is Mr Thomas and his child, whose middle name is Adolf."

Turning to an image of a hooded man with a machete, he added: "There is a strong inference, and you'll appreciate this when you look inside the Thomas and Patatas house, that that was taken inside their home, and that the person in the robes was Thomas."

It was alleged last week that in a message to another "vehement Nazi", Patatas said: "All Jews must be put to death," while Thomas told his partner, in a separate conversation, that he "found that all non-whites are intolerable". 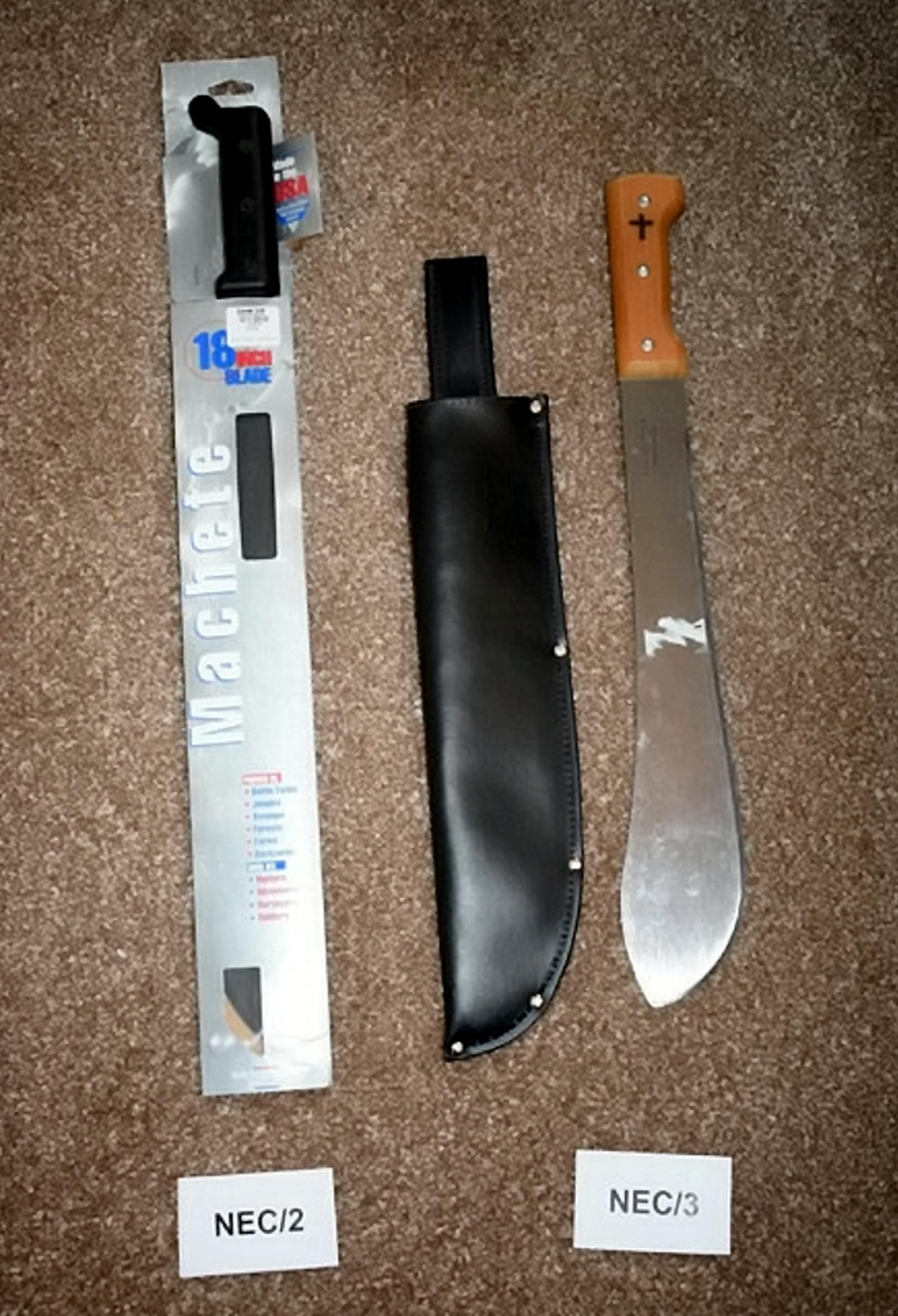 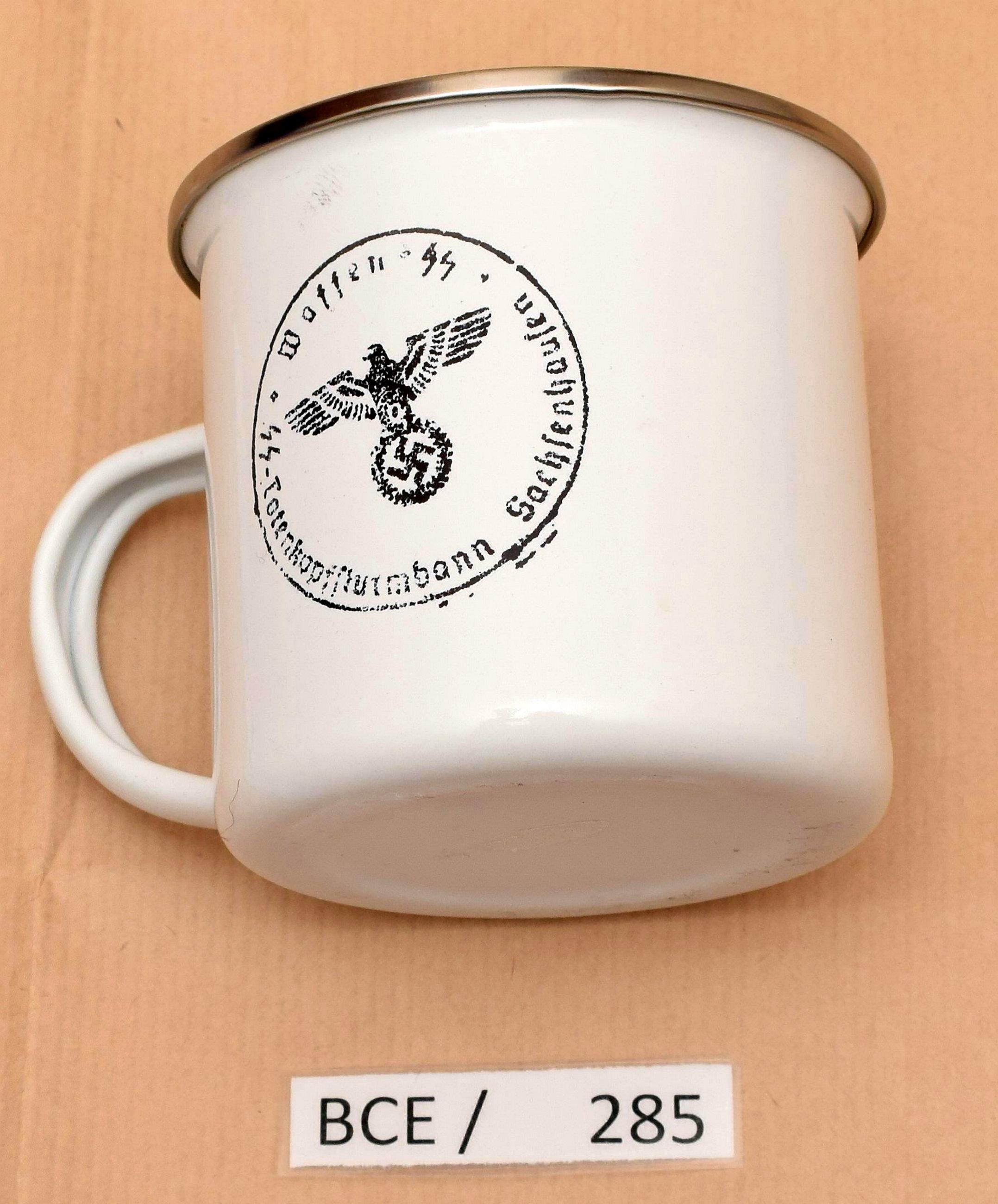 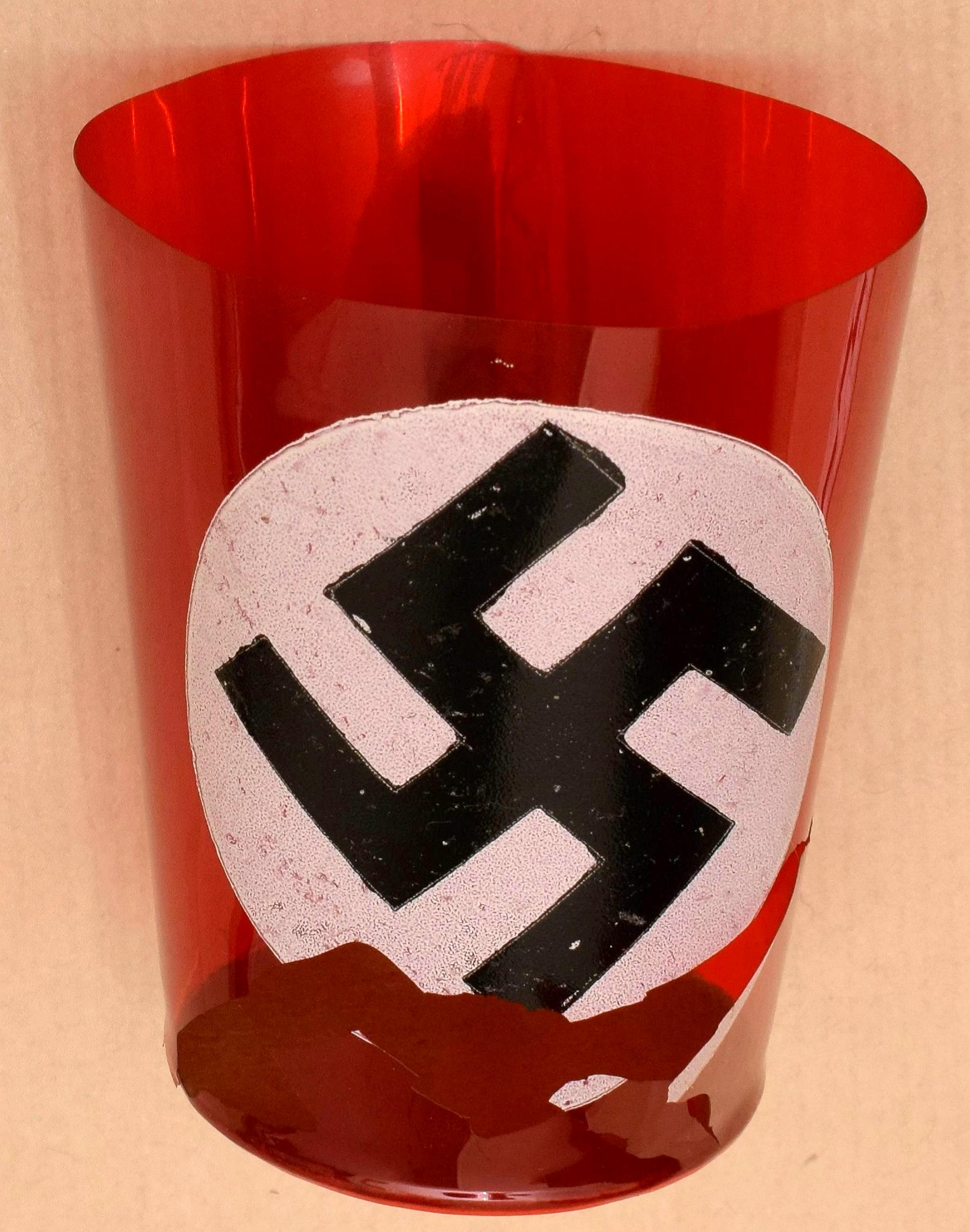 Two cushions bearing the swastika were found during police searches of the couple's home after their arrest for alleged terrorism offences in January, the court heard.

A greetings card on the sideboard of the couple's living room featured KKK figures and read: "May all your Christmases be white."

It emerged in court that counter-terrorism officers from Prevent had visited the couple's home in October last year "due to concerns Ms Patatas may be involved in the extreme right wing". 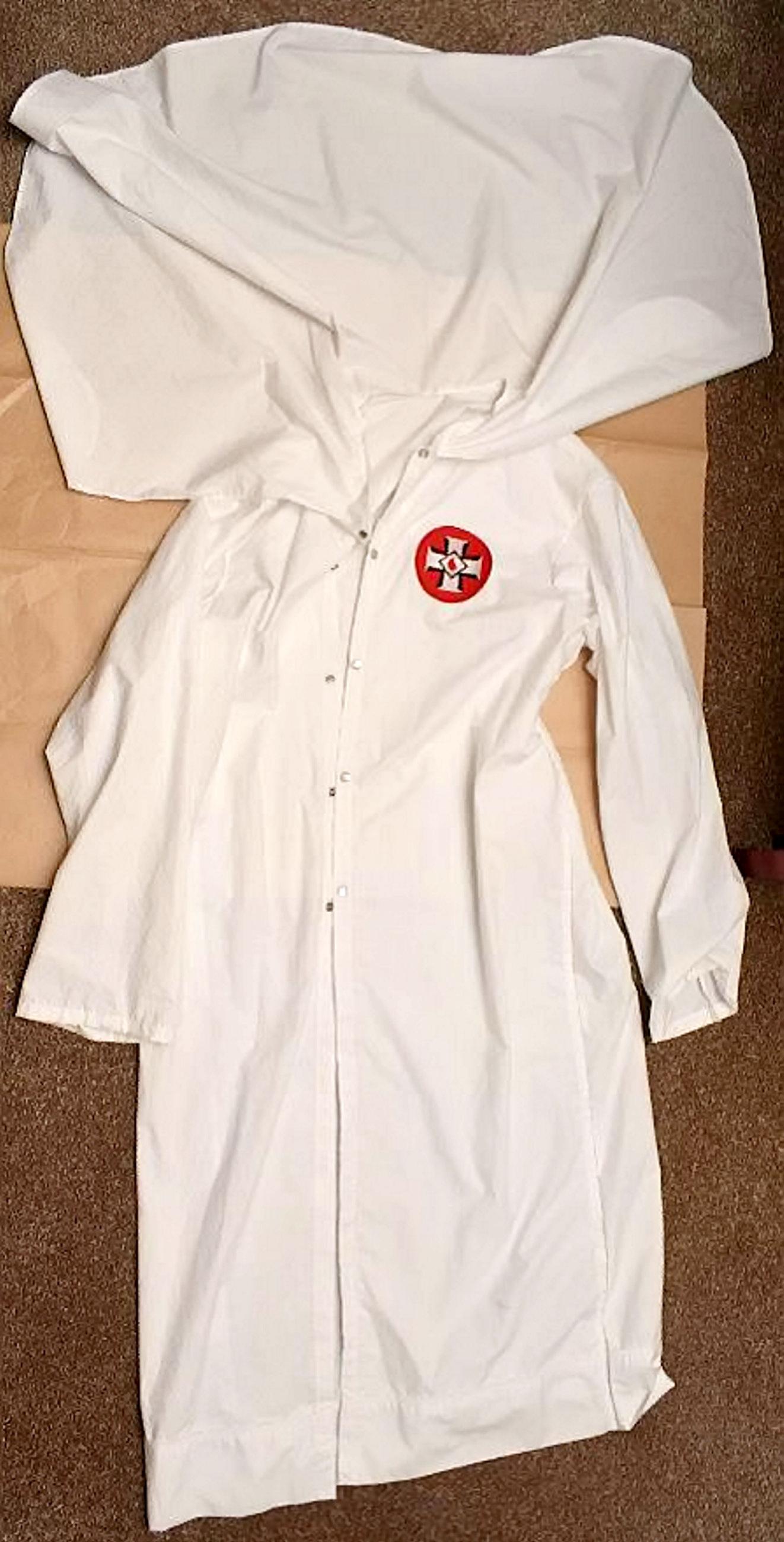 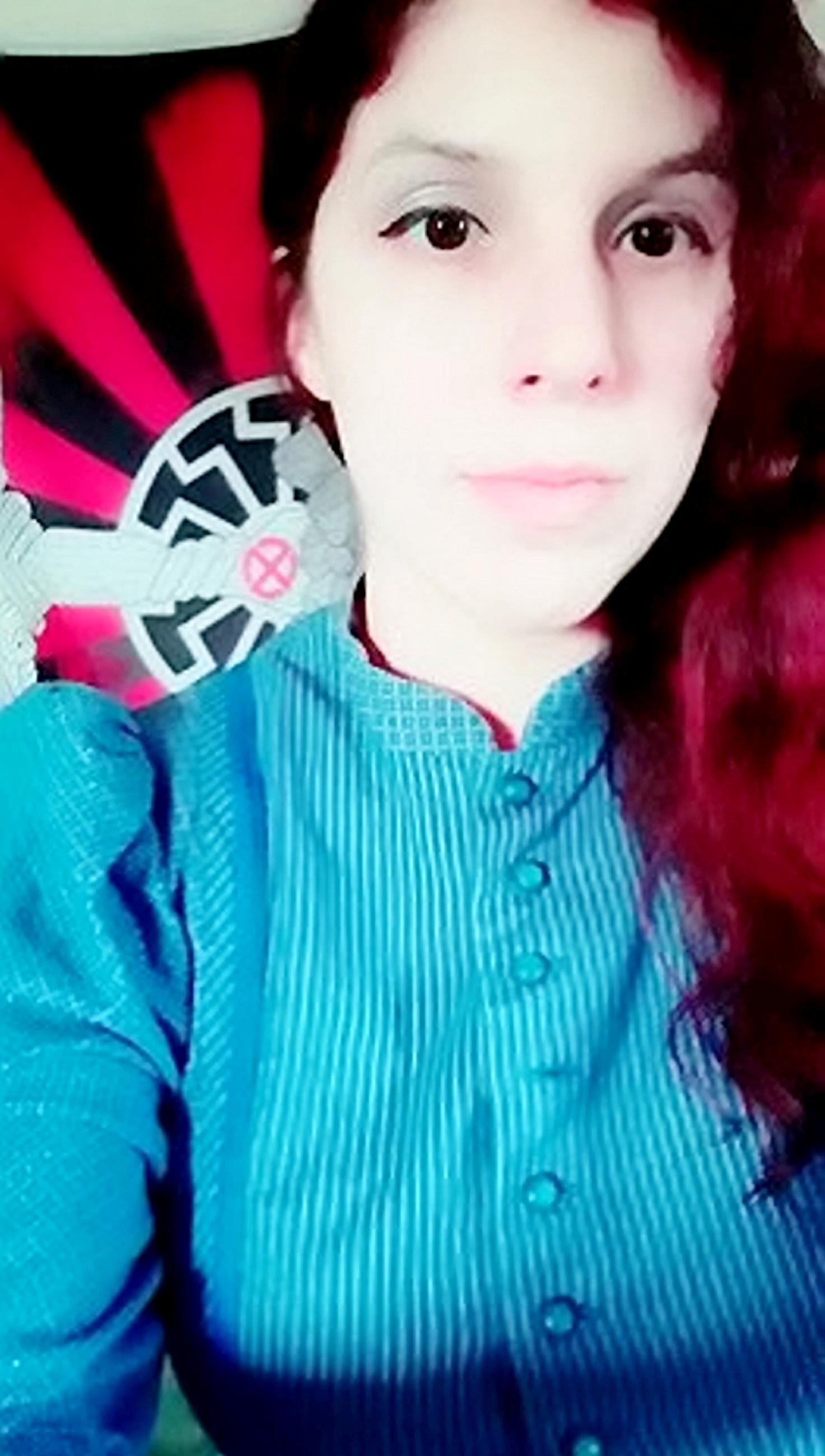 Following National Action's ban, the prosecution alleged the group tried to "shed one skin for another" to evade the law and that the three defendants were part of a successor organisation called the TripleK Mafia.

The Crown's case is that the group was still National Action in all but name, and went through a "rebranding" exercise to evade scrutiny by the authorities.

"And they all had, we say, a similar interest in ethnic cleansing, with violence if necessary, and the evidence in this case, we say, speaks for itself."