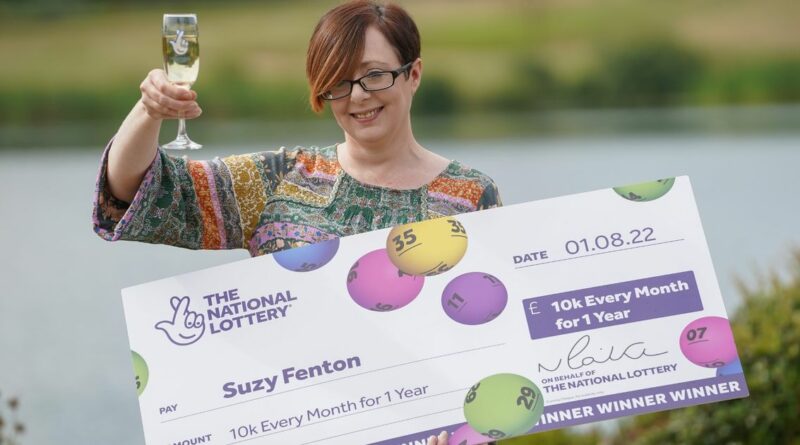 A lottery winner who bagged herself £10k per month was one of the luckiest people in the UK during the recent heatwave.

Suzy Fenton won a windfall during the period of record-breaking 40c temperatures and spent a chunk of her first lot of winnings on a brand new air conditioning unit.

Having won the National Lottery Set For Life game, she parted with £600 for the unit – leaving her with £9,400 that month to play with.

And she plans to be more adventurous with her winnings as she now has her eyes set on flying to North America to meet pals she has spoken to online.

Suzy, 44, also plans to pay off the mortgage for the three-bedroom semi she shares with partner Ian and beloved Westie-Poo Flynn in Wakefield, West Yorkshire.

She said: “It was obviously a super-practical purchase but something which was desperately needed.

"We were able to find a local store that had one in stock and could deliver. It came straight away, so we were able to stay cool.

"I play Ark Survival Evolved and I play with a few people but I have two really good friends, one in Alberta, Canada and one in Texas.

"The first thing my friend in Canada said when I told her was 'so that means you can come and see me now?'"

Snooker fan Suzy switched her numbers at the last minute because she “wasn't feeling” her usual set.

She included birthdays and numbers close to her heart, including 47 as 147 is the maximum break in the game.

The customer services administrator has no plans to quit work despite her windfall, which she says allows her the freedom pay off her outstanding debts without worry.

She plans to clear off her car loan before jetting off on a dream holiday and treating herself to laser eye surgery.