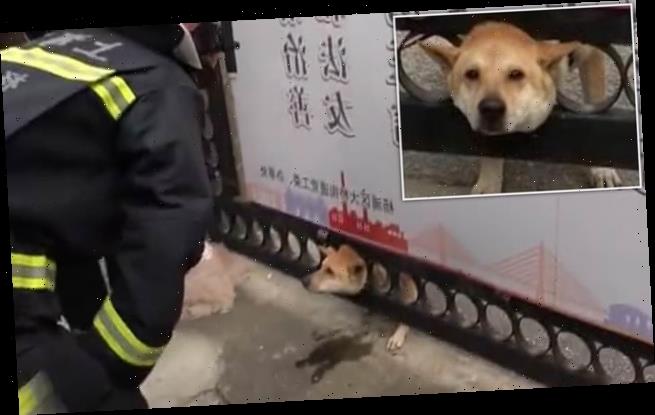 A hole lot of bother: Daft dog gets its head stuck in a gate after running towards its playmate too quickly

A dog has been rescued in China after getting its head trapped in a hole by accident while chasing a playmate.

The pet had got too excited to see the other dog and ran towards the latter ‘too quickly’ without noticing the obstacle, its owner said.

Footage shows the canine’s head tightly stuck in the opening on a big metal gate at the entrance of a residential compound. 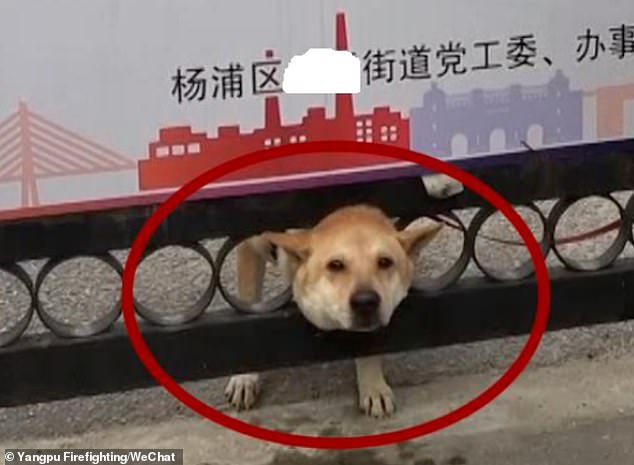 A picture released by firefighters shows the pet dog having its head tightly stuck in the hole on a big metal gate at the entrance of a residential compound in the district of Yangpu, Shanghai 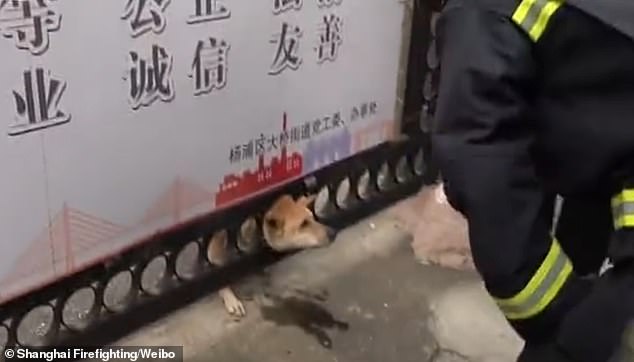 The accident recently took place in the district of Yangpu in Shanghai, according to Shanghai Fire Brigade.

The dog’s owner, known by her surname Zhou, called firefighters in desperation after she and other bystanders failed to free her pet.

A video released by Shanghai Fire Brigade on social media shows the dog lying on the ground with its head jammed in the gap looking helpless. 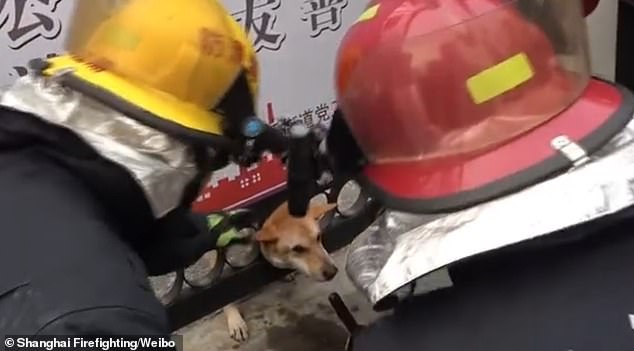 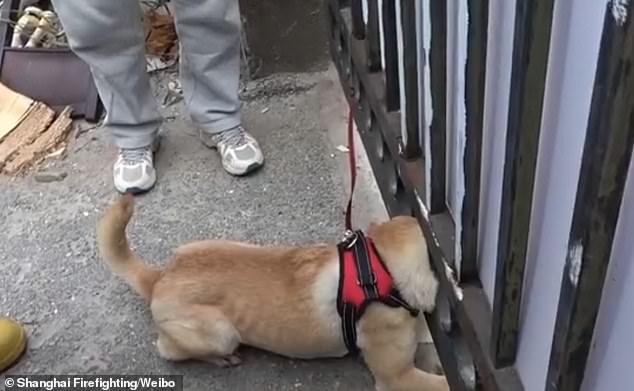 One of the firefighters told Chinese news outlet Kan Kan News: ‘The dog owner said when she was walking the dog in the morning, her dog saw another dog passing at the other side of the gate.

‘It dashed to chase the other dog immediately, resulting in the fact that its head entered the hole and could not be pulled out.’

The firefighters said the dog appeared distressed and ready to bite people when they arrived. They petted it patiently and were able to calm it down. 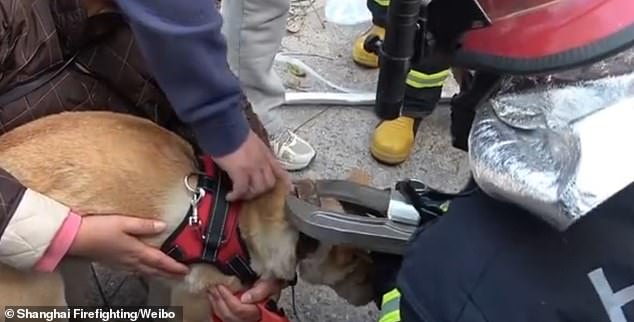 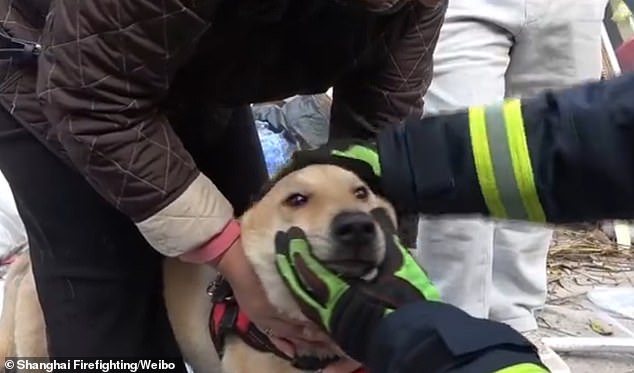 Using a metal cutter, the rescuers managed to separate the hole from the metal gate, enabling the dog to walk around freely despite still having the loop around its neck.

But when the firefighters tried to break the small circle, the dog appeared terrified of the big metal cutter and kept running away.

Ms Zhou reportedly took her pet home as it was. She said she would buy a smaller cutter to break off the circle slowly at home.