‘We saw parts of the fuselage still riddled with bullets’: Navy commander tells of moment his family hiked to the wreckage of WWII pilot grandfather’s plane on a Norwegian mountainside

The grandson of a World War Two fighter pilot has travelled to a remote location in Norway to find the wreckage of the plane his grandfather died in.

Royal Navy Commander Phil Richardson, from Hampshire, decided to take his family on a five-hour hike and find the plane after he saw footage of it on YouTube.

His grandfather Lt Cdr Ron Richardson’s Grumman Hellcat Fighter Bomber went down on the mountain top while on a mission to attack the battleship Tirpitz. 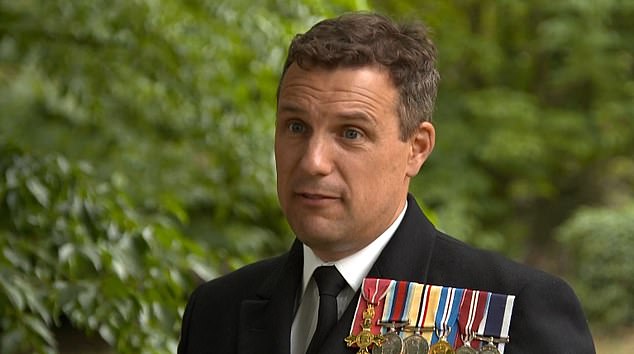 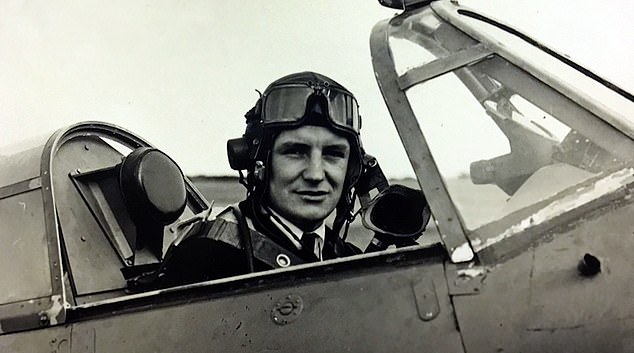 Ron was the Commanding Officer of 1840 Naval Air squadron and the warship they were sent to target was attacking Arctic convoys at the time, reports BBC.

In footage of his exploration to find the spot Mr Richardson, who was inspired to join the Navy because of his grandfather, is seen searching through the pieces of plane.

He, his father Alistair and other family members, look around the site before planting a wooden cross to mark Lt Cdr Ron’s final resting place.

They said they found an empty grave where it it is thought Ron, who was 27 when he died in 1944, was buried but he’s since been moved.

Damage done to the plane can still be seen clearly even years on, with Mr Richardson saying: ‘We saw parts of the fuselage still riddled with bullets.’

While reflecting at the site Mr Richardson says he feels ‘moved’ by being there and begins to think about close calls he’s had in his own career. 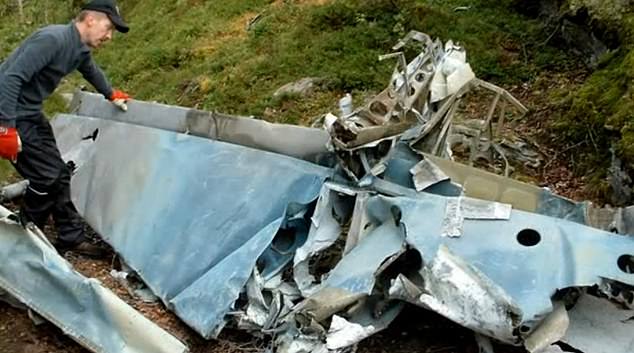 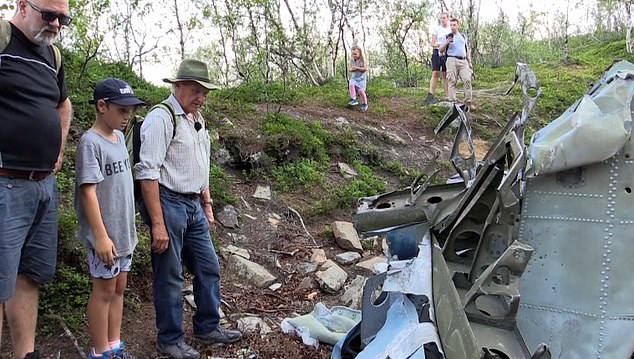 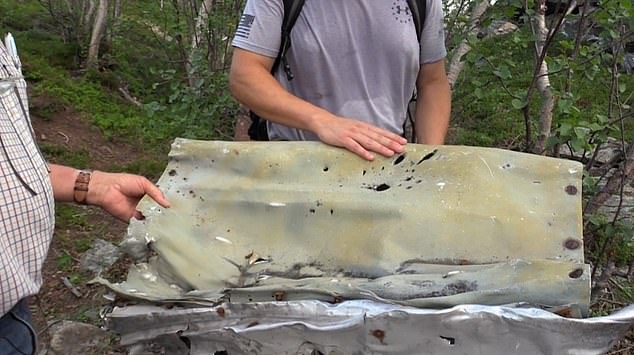 Bullet holes, pictured, could still be seen on parts of the plane when the family picked them up 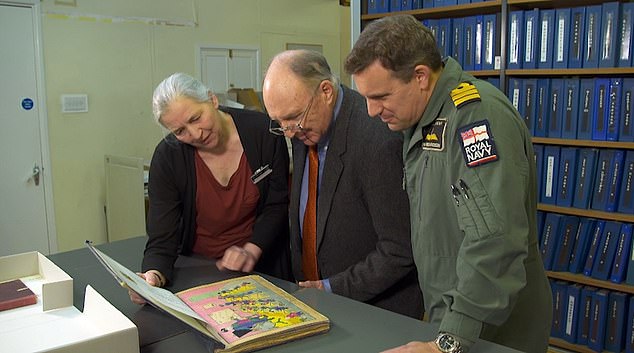 Ron, right, researched the story of his grandfather’s mission before going to the mountain

He says: ‘Here it is clear that he only just clipped the very top of this mountain top here and he was very close to getting away with it and surviving.’

In an interview with the BBC, which will be shown on Inside Out South this evening, Mr Richardson explains how his grandfather and grandmother Sheila, now 95, married in 1943 and had his father, Alistair, a year later.

He most of what he knows about his grandfather who moved to the UK from New Zealand at the age of 23, comes from his grandmother.

Sheila also explains how ‘two police men came on a Saturday night with a telegram’ and told her how her husband was missing. 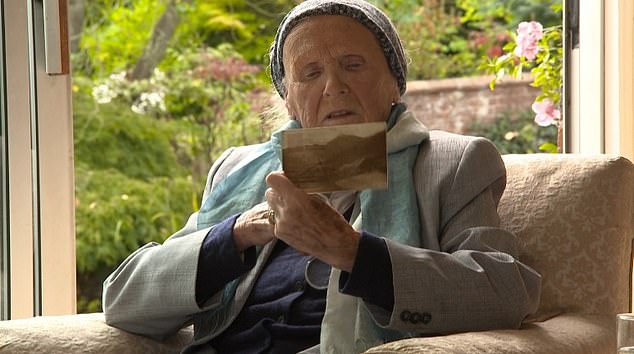 Ron’s wife Sheila, now, 95, pictured, told her grandson stories about his fighter pilot grandfather when he was growing up 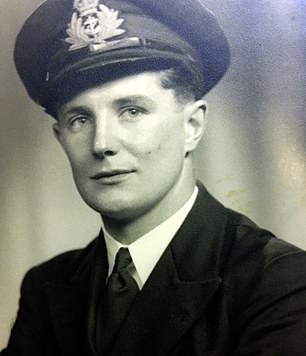 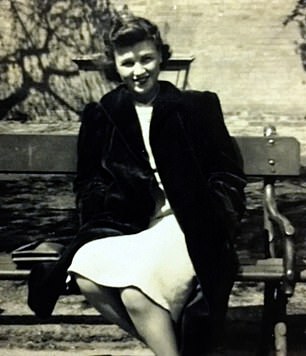 Mr Richardson explains in a BBC interview being shown tonight how his grandfather, left, and grandmother Sheila, right, married in 1943 and had his father, Alistair, a year later 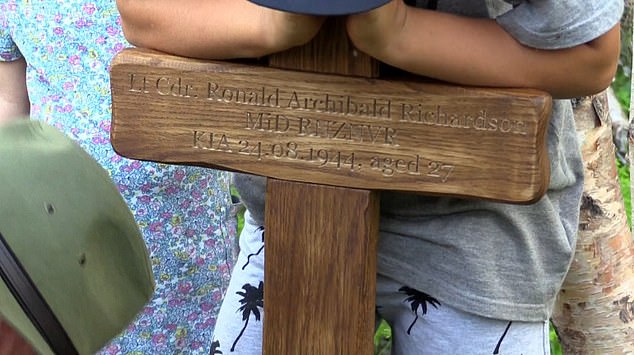 Mr Richardson also goes to the Fleet Air Arm Museum to visit a surviving example of the plane his grandfather flew.

After researching what happened during the mission, Mr Richardson and his family make the five-hour hike up the mountain to find the wreck.

Their story will be shown on BBC Inside Out South, on BBC One, tonight (Monday 21 January), 7:30pm and afterwards on BBC iPlayer.

Sophie, Countess of Wessex made ‘obvious’ choice to be closer with children
Celebrities News