Nine out of ten members of Extinction Rebellion were against the London Tube protests that sparked violent scenes last week.

Furious commuters dragged climate demonstrators from the roof of a train as they attempted to bring chaos to the capital’s morning rush-hour. One was attacked by angry passengers on the platform before a transport worker stepped in. It has now emerged that Extinction Rebellion extremists had acted against the wishes of the vast majority of the group.

In a poll of more than 2,000 members on an XR discussion forum, 88 per cent said they did not want the Tube protests to go ahead.

Some now fear the ‘arrogant attitude’ of a small minority acting under a ‘banner of anarchy’ will lead to further violence. The Mail on Sunday has also learned that:

Even supporters of the Tube protests feared that disrupting ‘poorer’ commuters and ‘people of colour’ would confirm the idea that the group is white and middle class;

Among those who challenged the tactic was an activist whose family was injured in the 7/7 London terror bombings;

Some demonstrators are said to be ‘willing to sacrifice their lives’ as martyrs for the cause.

The arguments follow months of internal conflict over the direction XR is taking. One leading figure, Robin Boardman, said the Tube protesters’ action ‘should be respected’ even if others disagreed.

The privately educated 21-year-old was at Canning Town station in East London on Thursday when accounts administrator James Mee, 35, and Buddhist teacher Mark Ovland, 36, climbed on to the roof of a train. Both men were dragged off by rush-hour commuters before Mr Mee appeared to be kicked and verbally abused on the platform. 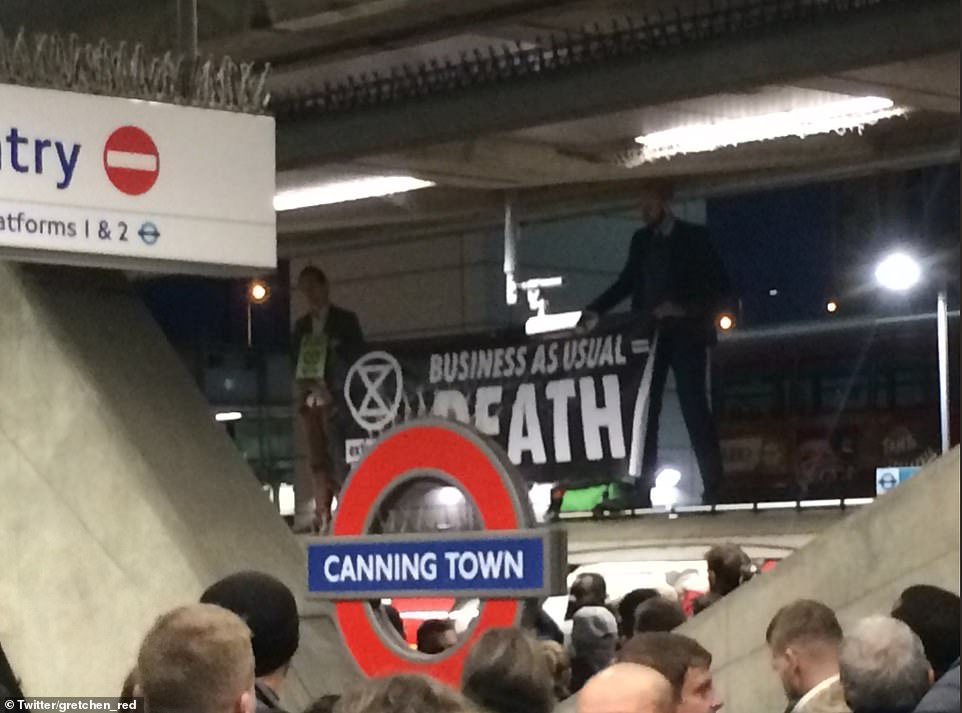 Extinction Rebellion activists James Mee and Mark Ovland at Canning Town station in East London. Among those who challenged the tactic was an activist whose family was injured in the 7/7 London terror bombings 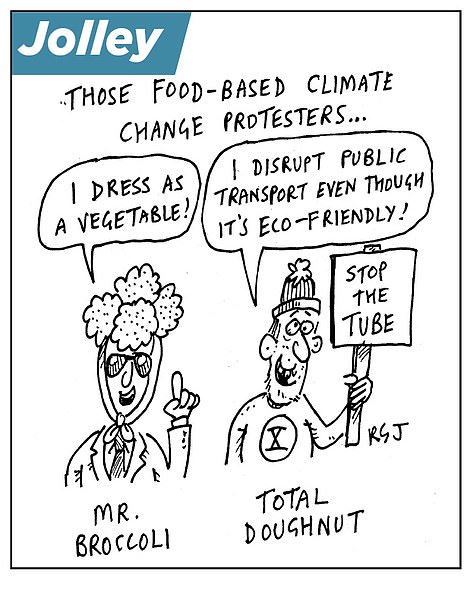 Following the action – carried out by XR South East – leaders defended the protest but apologised for targeting ‘poorer parts of London’ where many commuters will be ‘people of colour’. They added: ‘Disrupting their journey to work continues the damaging, and untrue, narrative that XR is a white, middle-class group with no understanding of normal people.’

Voicing concern about the planned disruption beforehand, one XR member posted: ‘An ex-partner was severely injured in the Tube bombings and it led to both my children to require specialist therapy to use the Tube again.’ Another activist said they knew of would-be eco-martyrs among the ranks ‘willing to sacrifice their lives’, writing online: ‘I think this is a kind of violence which has no place in XR’s toolkit.’

Others feared that extremists were being allowed free rein to cause havoc. One said: ‘I do not wish to risk my freedom and stand with my son under the banner of anarchy, where anyone can do as they please. Dangerous ground.’

Calling for Mr Boardman to resign, another member said: ‘I am disgusted at the apparent arrogant attitude of the people who went ahead with this protest against the clear wishes of the vast majority.’

A further critic said of the Tube protest: ‘It may lead to further violence in future as this action portrays XR as arrogant and entitled people who care nothing for people’s working lives.’

Polls show just 13 per cent of the public sympathise with the Tube protest. Policing weeks of XR activity in London is estimated to have cost the taxpayer £16 million – including about £500,000 to house 500 officers from forces all over the UK at a four-star Heathrow hotel for nearly two weeks.

XR said: ‘We are, and will continue to be, totally non-violent.’

The Extinction Rebellion chats to much-loved tunes such as The Beatles Hey Jude, Jingle Bells and lyrics to the tune of Auld Land Syne