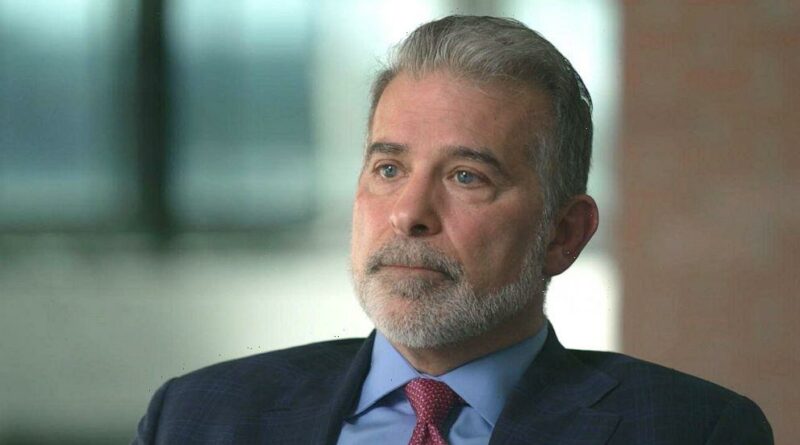 Christopher Seeger, the attorney representing former players in the NFL’s landmark concussion settlement negotiations, is speaking out amid criticism of his response to allegations of racial bias in the compensation program.

In an exclusive interview with ABC News, which will be featured in a special edition of “Nightline” on Wednesday, Seeger offered a mea culpa and an apology to Black former players who have claimed that the league’s protocols skewed payouts along racial lines.

“I was wrong. I didn’t have a full appreciation of the scope of the problem,” Seeger said. “You think you know everything. Sometimes you don’t. But the closer I looked, the more I realized that this had to go.”

“I’m really sorry that anybody, any client of mine in this program has been made to feel that way,” he continued. “That is a big mistake. It was a failure of the system. I’m a part of that. But I’m also a part of getting it fixed.”

Seeger is currently locked in confidential negotiations with the NFL after the federal judge overseeing the program ordered both parties into mediation to “address the concerns” about the race-based formula sometimes used to measure cognitive impairment and determine eligibility for compensation.

Seeger’s position on the issue has changed significantly in the wake of an ABC News investigation in March. He initially said that his firm had previously “investigated this issue” and “not seen any evidence of racial bias in the settlement program.”

In a stunning reversal, Seeger is now calling that statement “a poor choice of words” and acknowledging that a closer look has since revealed a problem.

“I now have dug into enough claims to tell you that the norms were applied more than they should have been,” Seeger said. “And that’s why I’m saying I might have jumped to an early conclusion.”

He said that he will not sign off on a new agreement unless it includes two specific provisions.

“For me, the only two outcomes here, without a massive war, is elimination of race norms and the ability to go back and look at every claim, every single claim, to determine where it’s been applied,” Seeger said. “And if it has to be rescored and then compensated, so be it.”

At the crux of the controversy: The NFL’s concussion settlement program manual recommends the use of a “full demographic correction,” in which a player’s cognitive test scores are compared to average scores, or “norms,” for supposedly similar demographic groups, and then adjusted to account for expected differences in age, gender, education — and race.

The practice of adjusting test scores for race, widely known as “race-norming,” is in use across several different medical fields as a supposed safeguard against misdiagnosis. But because these “norms,” as used in a neuropsychology context, assume that the average Black player starts at a lower level of cognitive functioning than the average white player at the outset of their careers, Black players need to show larger cognitive declines than white players to qualify for compensation.

ABC News uncovered emails between clinicians who evaluated former NFL players for compensation through the program in which they contend they were all but required to apply race-based adjustments to players’ cognitive test scores and express concerns that the league’s protocols discriminate against Black players.

ABC News was also able to obtain a data analysis from a law firm representing several players that suggests that the impact of the practice on payouts could be significant, making it much more difficult for Black players to qualify.

An NFL spokesperson, prior to ABC News’ first report in March, initially defended the program and its protocols, saying that the concussion settlement, which has paid out more than $800 million to retirees and their families to date, was “agreed to by all parties, with the assistance of expert neuropsychological clinicians and approved by the courts more than five years ago” and “relied on widely accepted and long-established cognitive tests and scoring methodologies.”

The NFL, however, like Seeger, has since changed course. In response to questions from ABC News, an NFL spokesperson continued to assert that there is “no merit to the claim of discrimination” as the protocols were designed “to stop bias in testing, not perpetrate it,” but pledged to adopt the solution long sought by the program’s critics.

“We are committed to eliminating race-based norms in the program and more broadly in the neuropsychological community,” an NFL spokesperson said in a statement. “The parties to the settlement have been working with the magistrate judge and have assembled the leading members of the neuropsychological industry to help identify alternative testing techniques.”

“Everyone agrees race-based norms should be replaced, but no off-the-shelf alternative exists, and that’s why these experts are working to solve this decades-old issue,” the statement continued. “The replacement norms will be applied prospectively and retrospectively for those players who otherwise would have qualified for an award but for the application of race-based norms.”

The shift reflects a changing landscape beyond the settlement program as well, particularly in the medical literature on race norming amid an ongoing racial reckoning across many major industries.

Last year, a group of Harvard-affiliated doctors highlighted the “potential dangers” of “race-adjusted algorithms” they identified in several different medical fields in a paper published in the New England Journal of Medicine.

“When clinicians insert race into their tools, they risk interpreting racial disparities as immutable facts rather than as injustices that require intervention,” the doctors wrote. “Researchers and clinicians must distinguish between the use of race in descriptive statistics, where it plays a vital role in epidemiologic analyses, and in prescriptive clinical guidelines, where it can exacerbate inequities.”

Soon after, Rep. Richard Neal (D-Mass.), chairman of the House Ways and Means Committee, launched a review of “the misuse of race within clinical care” and solicited responses from several leading medical societies and associations.

And in March, Dr. Richard Naugle, who serves as the president of the American Academy of Clinical Neuropsychology, told ABC News that the group’s board of directors had recently “approved the preparation of a position statement” on the topic.

“That effort is just getting underway and will take some time,” Naugle said, “as this is a very complicated issue.”

No one knows that better than Seeger. When he was negotiating the terms of the original settlement, he said, he knew race norming was “a possibility” but didn’t anticipate it having a major effect on claims.

“I was totally aware of what was in the medical literature and what the standard practices were for neuropsychology,” Seeger said. “I knew demographic norms existed. I never expected a neuropsychologist to think they were appropriate in this settlement.”

He is adamant that the program manual’s recommendation of race-based adjustments does not amount to a requirement. The neuropsychologists who evaluated former players on the league’s behalf should never have applied them, he said, and he scoffed at evidence that they felt pressured to do so.

“They’re either hiding behind their lack of courage, or they’re just plain wrong,” Seeger said. “They can pick which one. I don’t care. They’re wrong.”

Seeger’s proposed solutions appears likely to cost the NFL millions of dollars, but he is confident the league will make a deal.

“I try not to concern myself with the problems that the other side I’m negotiating against has,” Seeger said. “The ability to pay is there. There’s no question about it. We’ve got 32 billionaires there. They got plenty of money. The NFL is 70% Black or more, at least in the retired player population. They need to do the right thing.”

And to his critics, he has a simple message.

“I didn’t sit in this chair and tell you I was perfect. I said I was wrong,” Seeger said. “Look, I fight hard for these folks and I am not going to be the guy who tries to cover up something. But what I can do if a mistake is made, I can come on ABC with you and tell folks what I’m doing. And that’s what I’m trying to do right now.”

“Yes, some people were hurt by this, but I’ll get it fixed. Some people were offended by this, and for that I’m sorry,” he continued. “But take some solace in the fact that we’re gonna make some changes here. Things are changing for the better.”