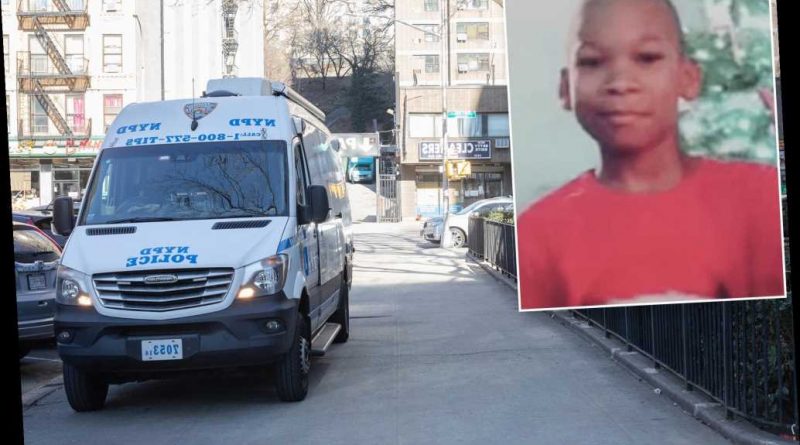 Mother of Harlem boy bludgeoned to death was investigated for neglect

Disturbing new details emerged Tuesday about the abuse suffered by a 10-year-old boy in the hours before his stepfather allegedly bludgeoned him to death.

The day before little Ayden Wolfe’s nude body was found inside the family’s Harlem apartment, a neighbor heard alarming noises.

“At about 3 p.m. on March 5, the neighbor “heard banging and thuds against the wall and a man yelling inside,” the complaint states.

“The person stated that the male voice was yelling, ‘Do you want me to beat your ass too?’ The female voice was saying ‘Stop!’ The person also heard a soft voice moaning in pain.” The argument continued for about 40 minutes, the neighbor told the police.

The details were revealed in a criminal complaint against Ryan Cato, 34, who was arraigned late Monday night on two counts of second-degree murder and one count of endangering the welfare of a child for the boy’s tragic slaying.

The next day, at about 11:45 a.m., the neighbor heard dreadful sounds in the midst of another fight. “The person heard banging and thuds coming from the apartment,” the complaint says, “and heard the same male voice yelling ‘You thought yesterday was something? You think this s–t is a game.’” The neighbor again heard whimpering.

Just two and 1/2 hours later, police responding to the scene found the boy unconscious and unresponsive in the living room of the apartment at the St. Nicholas Houses.

The child was rushed to Harlem Hospital where he was pronounced dead. An autopsy revealed that the cause of death was battered child syndrome.

The complaint says that Wolfe’s body was covered “from head to toe with bruises and abrasions — on both arms and hands, both legs and feet, head and face, neck and torso.”

Wolfe had multiple broken ribs and had been beaten so severely that he had deep cuts on his spleen, liver, kidney and renal vein, the papers say.

Cato is being held without bail. The boy’s mother was investigated by the city Administration for Children’s Service for neglecting him when he was a baby, it was revealed Monday at a press conference.

Cato had also been probed by the agency in an unrelated case for beating another woman in front of their children, NYPD Chief of Department Rodney Harrison said.

The mother has not been charged.