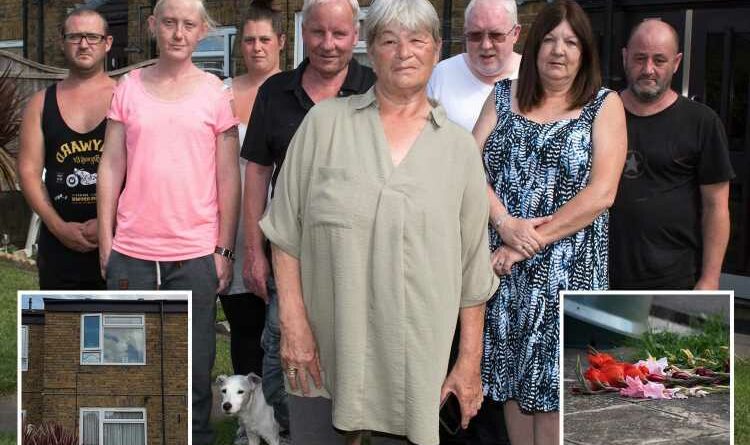 HORRIFIED neighbours have been plagued by the “stench of death” after a woman’s body was left to rot for THREE weeks.

Suszanne Randall and other residents at the apartment block in Walton-on-Thames, Surrey, begged the housing association to carry out a deep clean after the tragedy.

The 66-year-old and other locals claim they have been bitten by the flies and maggots attracted to the stench, and say that they are being suffocated by the horrific smell.

Suszanne, who has lived in the block for 18 years, explained that the body was only discovered last Tuesday after the lady’s downstairs neighbour complained to the police.

Speaking to The Sun she said: “She had been there for three weeks.

“Because she was left for so long it means that the smell has seeped into every corner of the building, it’s horrific.

“There has been a huge amount of flies that have been everywhere, with residents being bitten by them and all sorts.

“Of course there was the hot weather as well, so that has made everything a lot worse.

It’s the stench of death, and she was a hoarder as well so that has definitely made everything worse

Dozens of residents have called PA Housing begging for something to be done, but the company only sent someone out FOUR days after the grim discovery.

As well as the rotting corpse, locals claim that the deceased woman was a hoarder so that has added to the stench.

Another resident Jordan Wheatley, 27, added: “There are dogs who are refusing to go round the back of the flats because the smell is so bad.

“It’s the stench of death, and she was a hoarder as well so that has definitely made everything worse.

“One of the other neighbours has even tried lighting incense sticks to try to get rid of the smell but nothing is working.

“It’s making everyone feel sick, and it’s awful how this has happened to the poor lady.”

Rachael Smart, Assistant Director Housing Services at PA Housing, said: “We were notified on Wednesday about the sad passing of one of our residents and arranged for one of our specialist contractors to attend the property and carry out a clean.

“We apologise for the delay and can confirm that a full clean was carried out at the property on Saturday.

“Our thoughts are with our resident’s family and friends.”