The co-founder of a neo-Nazi terror group was found guilty of being its ‘Goebbels-like propaganda chief’ today after ranting racist views on BBC and vowing to ‘gas traitors’ of their cause.

Ben Raymond, 32, from Swindon, Wiltshire, co-founded the ‘unapologetically racist’ organisation National Action in 2013 that promoted ethnic cleansing as well as attacks on liberals as well as gay and transgender people.

Raymond told the BBC’s Victoria Derbyshire programme his ideal Britain was a ‘white Britain’ and claimed migrants were coming to the UK ‘to replace, rape and murder our people’.

At a National Action demonstration in Liverpool he also gave a speech threatening to ‘gas traitors’. 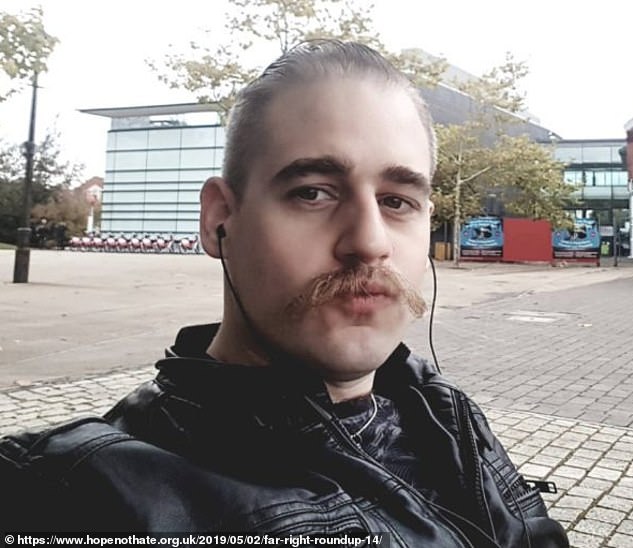 Ben Raymond, 32, (pictured) from Swindon, Wilshire, faces jail after he was found guilty of membership of a proscribed organisation and two counts of possessing a document or record of use to a terrorist

Speaking through a megaphone, he described Liverpool as a city ‘where every day the enemies of this nation preach their race-mixing communism’.

Raymond said: ‘The front pages of the newspapers and the TV shows said, ‘Stop the white man march’. And do you know who is responsible? Not the people that are afraid that we are going to make Britain great again but the ones who are afraid we are going to gas them all for being traitors, and we will!’ 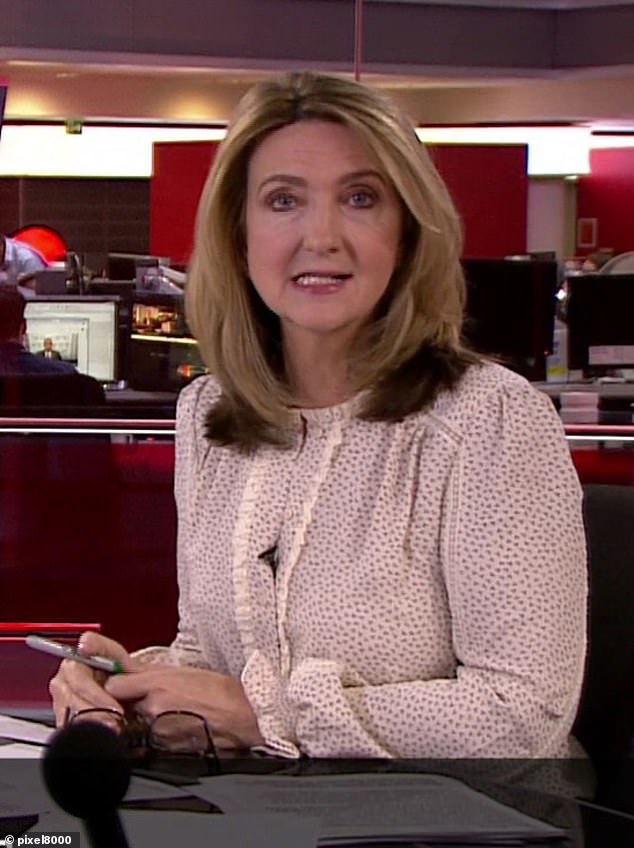 Raymond previosuly told the BBC’s Victoria Derbyshire (pictured) programme his ideal Britain was a ‘white Britain’ and claimed migrants were coming to the UK ‘to replace, rape and murder our people’

Instead, Raymond was described as the ‘public face’ of National Action.

Mr Jameson said: ‘His jihad was fought with words and images.

‘He was, like Joseph Goebbels of the original cabal of Nazis, the natural head of propaganda.

‘He gave media interviews, setting out the group’s virulent ethnic cleansing agenda to the media with sometimes transcendental calm. Other times his message was more direct.

‘The defendant had a role in the leadership and direction of the group, in its ideology, its activism, its recruitment and its operations security also known as OpSec.’

The court heard National Action members had access to rifles, a pump action shotgun, a machete, a crossbow and tear gas.

He also tried to ignite a race war in Britain. He said: ‘We exist, and continue the battle for the final victory of our race.’

He added: ‘We need something that flames the blood and fans the honour.’

The jury was told Raymond was also linked to other convicted neo-Nazis such as Jack Renshaw, who is serving a life sentence for plotting to murder Labour MP Rosie Cooper in 2017. 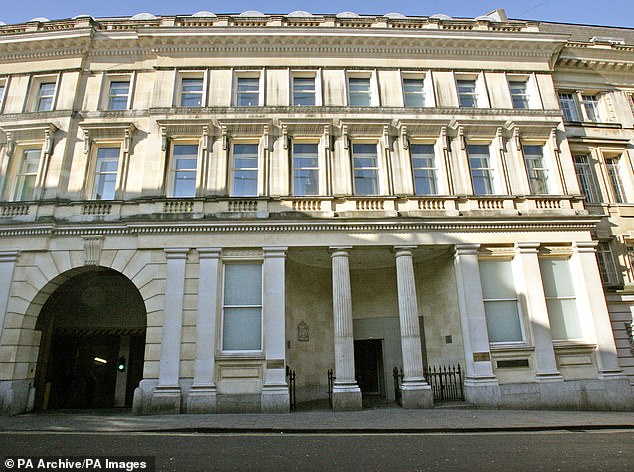 As well as his work promoting National Action and NS131, Raymond also created images for a Midlands-based group called KKK Mafia, and was in a chat group for its members on Telegram.

In the aftermath of the murder of MP Jo Cox, members discussed which politician would be killed next and chose Shabana Mahmood, the MP for Birmingham Ladywood, although they did not succeed with their plan.

National Action was the first far-right group to be banned since the British Union of Fascists in 76 years when it was proscribed under terror legislation in December 2016.

After the move by the Home Office father-of-one Raymond helped National Action morph in to a new group called NS131, the National Socialist Anti-Capitalist Action.

Raymond was convicted being a member of a proscribed organisation and did not give evidence in his defence, although he denied the charge.

He was also convicted of two counts of possessing a document or record of use to a terrorist, including one with ‘homemade detonators’ in its title.

He was acquitted of four further offences under Section 58 of the Terrorism Act.

Raymond was remanded into custody by Judge Christopher Parker QC and will face jail when sentenced on Friday.

2022 is make or break for Boris – he must tackle cost of living, crime and migrants
Travel