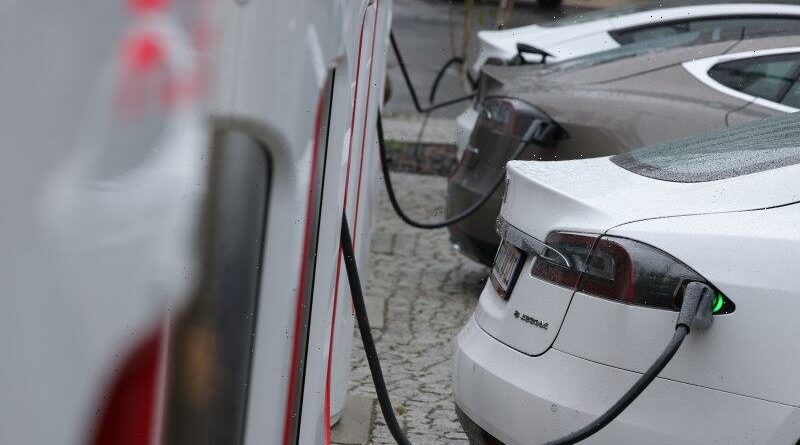 Electric cars could be banned from making non-essential journeys in Switzerland this winter under a COVID-19 lockdown-style plan to deal with potential energy shortages.

Emergency proposals have been drafted by the government that could see buildings heated to no more than 20C, shop opening hours reduced and streaming services limited. 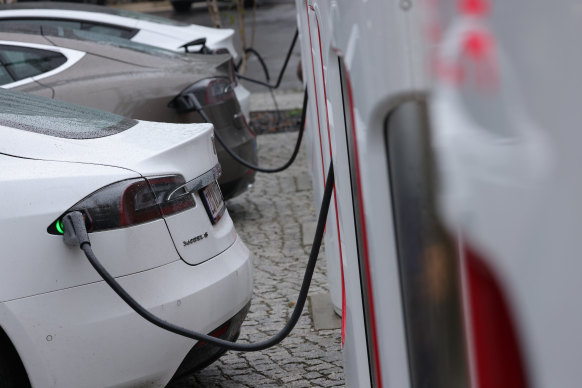 EVs would only be banned from non-urgent trips under the draft plans.Credit:Getty

The strictest measures – designed to avoid a blackout in the worst-case scenario – include a ban on sports matches, concerts and theatre performances.

Switzerland is bracing for an energy crisis this winter due to its reliance on imports to sustain the country through the colder months.

Hydroelectric power accounts for about 60 per cent of Switzerland’s energy supply.

Nuclear power, which the government is working on phasing out, contributes a third, while fossil fuel plants and solar or wind generation makes up the rest.

But there are significant discrepancies in how much electricity Switzerland is able to produce month to month. In the wetter months, rainfall and snow pumps up hydroelectric power, meaning the country exports much of what it is able to generate.

Switzerland then imports during the colder months, when production is lower, leaving the Swiss vulnerable to energy shortages in Europe due to the war in Ukraine.

The country’s emergency response to the risks posed has two tiers – emergency and crisis – including three levels of restrictions in the first, and two in the second.

Each stage will be triggered according to the level of supplies available, similar to coronavirus lockdown measures, which were based on cases and infection rates. The lowest level will see public buildings heated to no more than 20C, with people asked to limit their washing machines to a maximum of 40C.

Under the next level, temperatures will be lowered to 19C and streaming services will be asked to lower the resolution of videos from HD quality to standard.

If the situation worsens, shops will be asked to close two hours early and electric vehicles limited to essential journeys.

Crisis measures could see hot water disabled in public bathrooms and the use of electric leaf blowers barred.

Next, escalators will be stopped and outdoor Christmas lighting turned off.

Cryptocurrency mining would then be banned if supplies keep dropping, along with swimming pools closed and lights in sports stadiums turned off.

If the most extreme shortages hit, sports matches, concerts and theatre performances will be cancelled, and all leisure businesses could be forced to close.