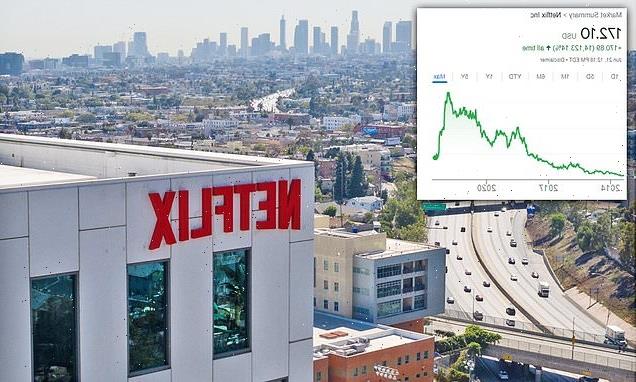 Netflix braces for MORE layoffs by the end of the week – just a month after hundreds of staff and contractors were cut – as the company loses 70% of its value and reveals it shed nearly 200,000 subscribers and expects to lose more

Netflix is preparing for yet another wave of layoffs as the streaming platform continues to grapple with plummeting stock values and tanking subscriber numbers.

The Los Gatos, California-based streaming giant, which employs 11,000 staffers, is expected to notify those impacted by layoffs at the end of the week, Variety first reported.

It comes on the heels of a previous downsizing at the company prompted by the company losing 70 percent of its stock value since the spring.

Last month, Netflix laid off a total of 150 full-time employees and another 70 workers at it’s animation studios.

Another 60 or 70 contactors were also let go.

Many of those losing their jobs worked on series and initiatives aligned with social justice causes.

The streaming platform shed 200,000 subscribers in the first three months of the year and lost $54 billion in stock market value in a single day in April.

This is a sharp turnaround for Netflix, which saw bug gains in its valuation at the height of the COVID-19 pandemic.

Executives have said that they expect to lose two million more subscribers in the second quarter.

Reed Hastings, Netflix’s co-chief executive, said the company was considering introducing advertisements to programming viewed through its cheaper subscription package, and would ‘figure it out over the next year or two.’ 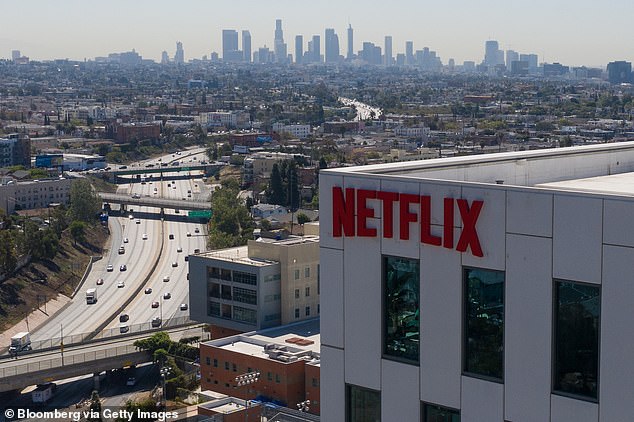 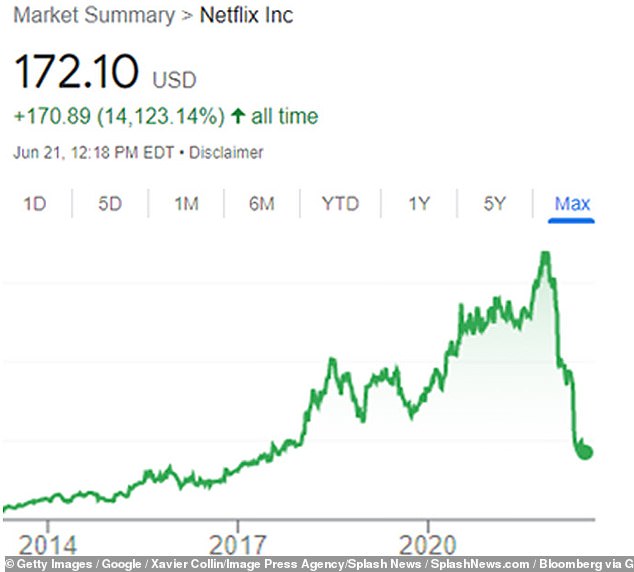 Netflix is currently trading at $172.10 per share, as opposed to $348 per share in April. Last month, a massive layover at the company was prompted by the company’s 70percent loss in value this spring

Netflix’s subscriber loss in April is the first time in a decade that the numbers have fallen, and a dramatic reversal of their aim of adding 2.5 million users.

‘We make decisions based on the best information we have at the time. They are not always going to be right, but how you help navigate the outcomes, and the urgency you bring to it, is what gets folks through the storm. And the storms will come.’

Sarandos, during his Times interview, spoke about the advertising option, which the company has so far resisted.

‘For us, it was all about simplicity of one product, one price point,’ he said, adding: ‘I think it can now withstand some complexity.’

He also argued that while the company needs to reflect on its recent successes and failures and evaluate how it got to the place it is in now, it is not beneficial to spend too long reviewing the failures.

‘How much time do you spend licking your wounds?’ he said. ‘Let’s have that burned into our memory, but we’ve got to move on and move fast.’

Earlier this year, Netflix also announced several shows in development, including projects by Prince Harry and Meghan Markle, would be dropped.

The CEO explained that Netflix, which has signed up several celebrities with no filmmaking experience including former President Barack Obama and his wife, Michelle, tries to take a chance on new talent, but it doesn’t always pan out. 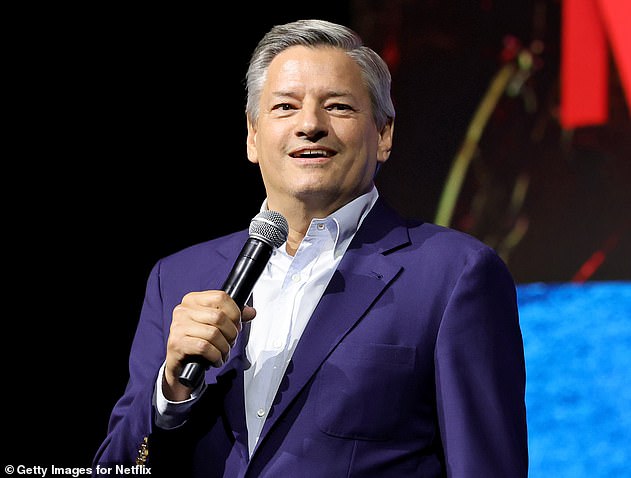 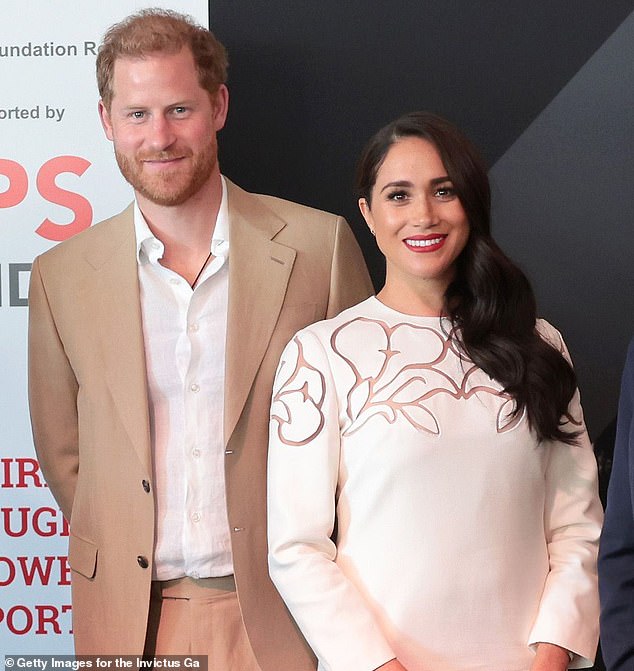 Earlier this year, Netflix also announced several shows in development, including projects by Prince Harry and Meghan Markle (above), would be dropped

While the company looks to halt its trending declines and seek new growth opportunities, it is also being sued by investors who claim Netflix misled them about subscriber growth in the six months before it reported the loss of subscribers, leading to a plunge in stock price.

The lawsuit, which seeks class-action status, was filed in San Francisco federal court alleging that Netflix violated US securities laws by making ‘materially false and/or misleading statements’ and because it ‘failed to disclose material adverse facts about the company’s business, operations and prospects.’

The lead plaintiff ‘Pirani v. Netflix Inc et al’ is Fiyyaz Pirani, a trustee of Imperium Irrevocable Trust, which is a Netflix shareholder, is named in the lawsuit that seeks damages for declines in the company’s share price this year after the company missed its subscriber growth estimates.

The lawsuit was filed just days after Netflix dropped Meghan Markle’s animated series as part of a wave of cutbacks prompted by the streaming service’s drop in subscribers.

The lawsuit seeks damages for investors who traded Netflix shares between October 19, 2021, and April 19, 2022 – which include ‘compensatory damages’ with an ‘amount to be proven at trial.’