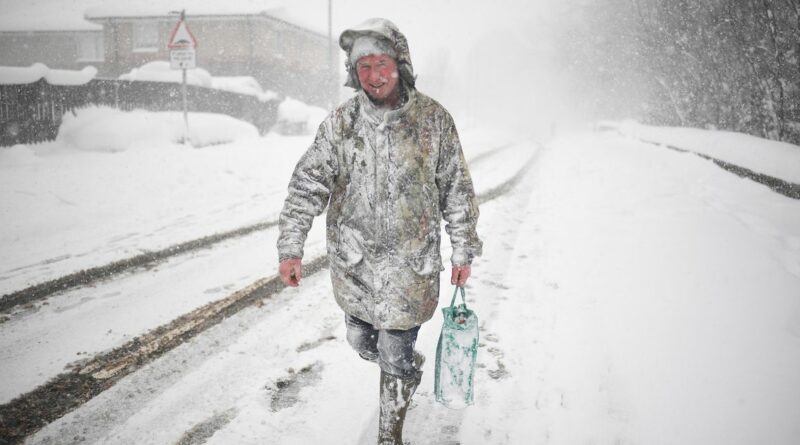 An avalanche of snow could hit Britain in the coming days with up to four inches potentially covering the nation.

The likes of Scotland, Northern Ireland and northern England are to be struck by the heavy snow by February 2.

Weather maps from WXCHARTS show that February 7 is the day where Britain is to be totally covered by snowfall, coupled with freezing cold temperatures.

Conversation on whether the Beast from the East will be returning to the nation has been active due to the severity of the weather conditions.

The Met Office said: "When this happens in winter, cold air is drawn in from the Eurasian landmass, bringing the cold and wintry conditions that give rise to the 'Beast from the East' moniker."

Jim Dale, from British Weather Services, spoke about the progress of the snowfall from early February and which areas are set to be affected the most.

He said: "It's more like February 2 and 3 when it'll start unwinding with snow into February 4 and 5.

"Again northern areas most at risk but universal frosts/ice will be deep for Scotland and the north. The polar front will be down near the north Mediterranean by then so it’s moderated Arctic air all the way.

"It looks set for at least a week so it won’t be a one-day wonder."

Dale spoke on the potential of a Beast from the East developing, saying: "This is more from the north – the polar front diving towards the Mediterranean but it could easily switch to the Beast later – we need to wait and watch."

Brian Gaze, founder of The Weather Outlook, added: "Computer models are suggesting that a weakening of the Stratospheric Polar Vortex (SPV) in the coming weeks could lead to an increasing chance of cold weather during February.

"It's a long way off in weather terms but the period around Valentine's Day has in the past often brought the UK some of its coldest and most wintry spells of weather."