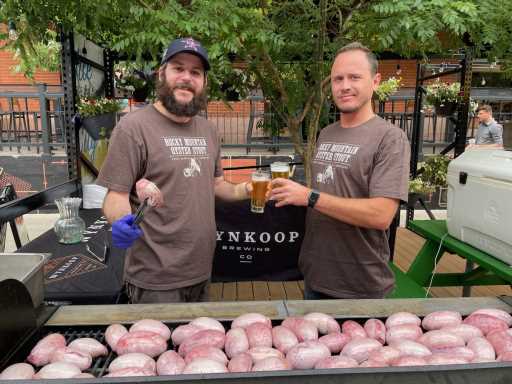 Ready to sip and savor these last weeks of summer? Colorado breweries have plenty of new offerings to satisfy.

Check out these six newly released local beers that include unusual flavoring ingredients and light styles to pair with sunny days.

Few novelty beers capture the spirit of Colorado better than Wynkoop Brewing Co.’s Rocky Mountain Oyster Stout. This dark and creamy brew is made with 60 flame-roasted bull testicles (six per barrel), which add a mild hint of smoke in the aroma. In terms of flavor, drinkers can expect chocolate and nutty notes accompanied by a sturdy bitterness, according to brewer Todd Bellmyer. This limited-edition Denver favorite only comes once every couple of years, and this time, it’s got a 9.1% alcohol content. Now that will force you to grow a pair.

Inspired by the Love Bug cocktail, an original from esteemed bar Death & Co., this sour ale is brewed with raspberries, pineapple, lemon, agave nectar and smoked wheat to mimic the flavor of its libation of homage. Death & Co.’s tipple features mezcal, tequila, tropical fruits and egg whites. Try them both at an Aug. 6 party at the rooftop garden at Death & Co. in Denver.

Getting into a pickle isn’t a bad thing when it comes to Great Divide Brewing Co.’s new release. The brewery collaborated with Denver-based The Real Dill pickle company, which created a specialty brine for use in the brewery’s newest seltzer, Dill.I.Am, a refreshing must-try for pickle lovers. Bonus: Great Divide also recently released a pickle-inspired gose made with cucumber, cantaloupe and salt for a two-in-one dill when you visit.

Can’t get enough of Colorado peach season? Drink in the harvest with Odell Brewing Co.’s seasonal blonde ale Peach Stand Rambler. Brewed with a Palisade Peach puree, this sessionable, fruit-forward beer showcases peaches on the nose and palate for a drink that’s sweet up front, but clean in the finish.

If you’re in the mood for a classic summer sipper, look no further than the Rocky Mountain Dream Cream Ale from Woods Boss Brewing Co. This 5.5% ABV beer includes wheat and flaked corn in the malt profile to lend creaminess to the mouthfeel and some sweetness to the flavor, as is true to the style. Fun fact: Woods Boss crowd-sourced the beer’s punny name from fans.

Now available exclusively at the brewery on draft or to-go in crowlers.

Known for their characteristic zesty citrus notes and overall drinkability, witbiers are practically begging to be paired with summer temperatures. This otherwise classic interpretation from Peculier Ales adds candied ginger for an extra spicy kick. Try it and others during the Windsor brewery’s first anniversary party on Aug. 28.

Now available on draft and in 16-ounce cans.

Subscribe to our food newsletter, Stuffed, to get Denver food and drink news sent straight to your inbox.