New dinosaur tracks have been uncovered in Texas due to a severe drought that dried up a river. The new tracks, found at Dinosaur Valley State Park, had been buried under layers of sediment.

The park is located southwest of Dallas. Many parts of Texas have experienced severe drought this summer. The park, where visitors can observe dinosaur tracks and other wildlife and camp has been under a “burn ban effect” – meaning no fires allowed, due to the drought.

“Due to the excessive drought conditions this past summer, the river dried up completely in most locations, allowing for more tracks to be uncovered here in the park,” Stephanie Salinas Garcia from the park’s press office told CBS News. 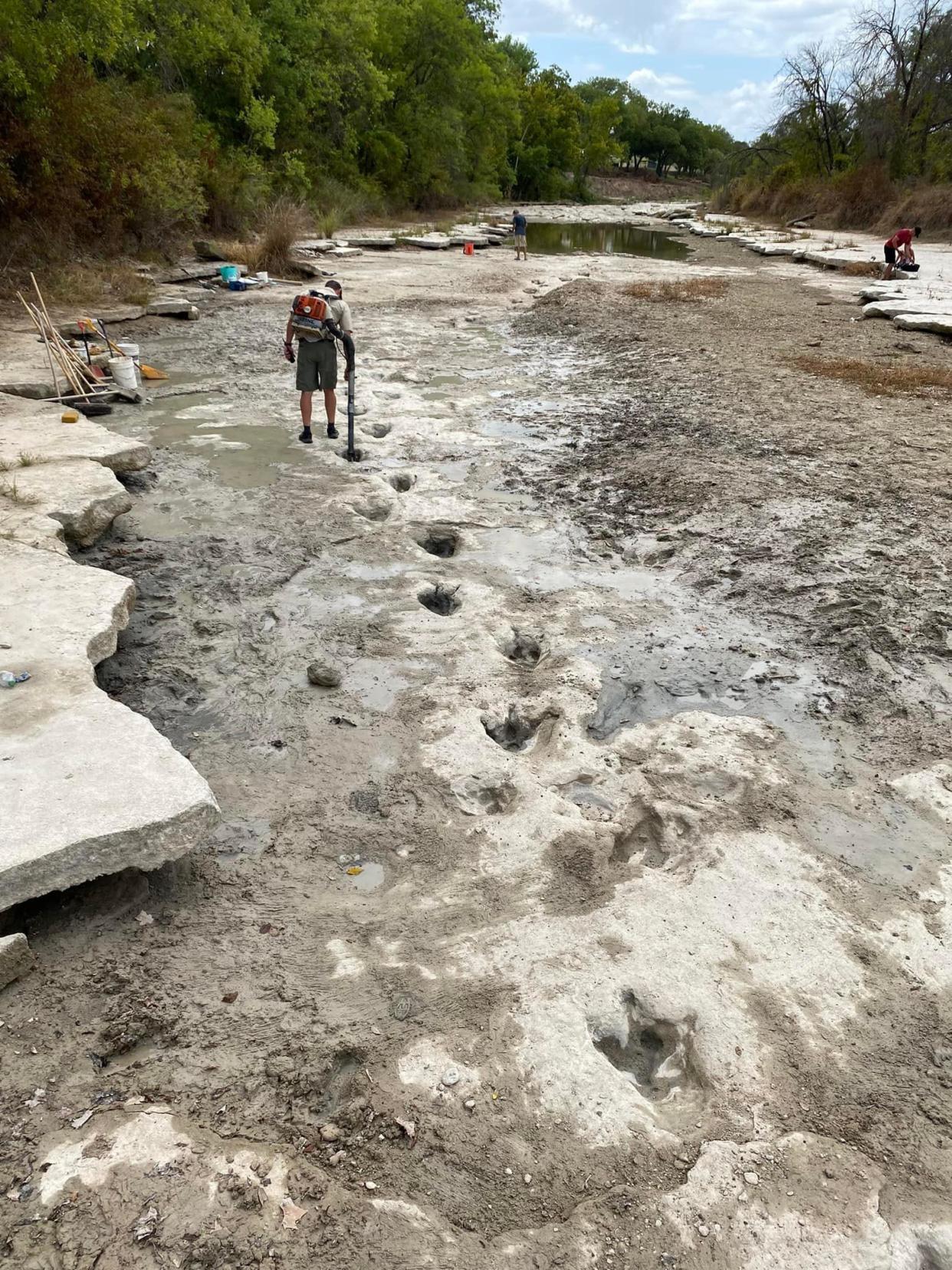 “Under normal river conditions, these newer tracks are underwater and are commonly filled in with sediment, making them buried and not as visible,” Garcia said. “Being able to find these discoveries and experience new dinosaur tracks is always an exciting time at the park!”

The tracks at the park date back 113 million years and the majority of them belong to two species: A theropod called Acrocanthosaurus and a sauropod called Sauroposeidon, Garcia said. 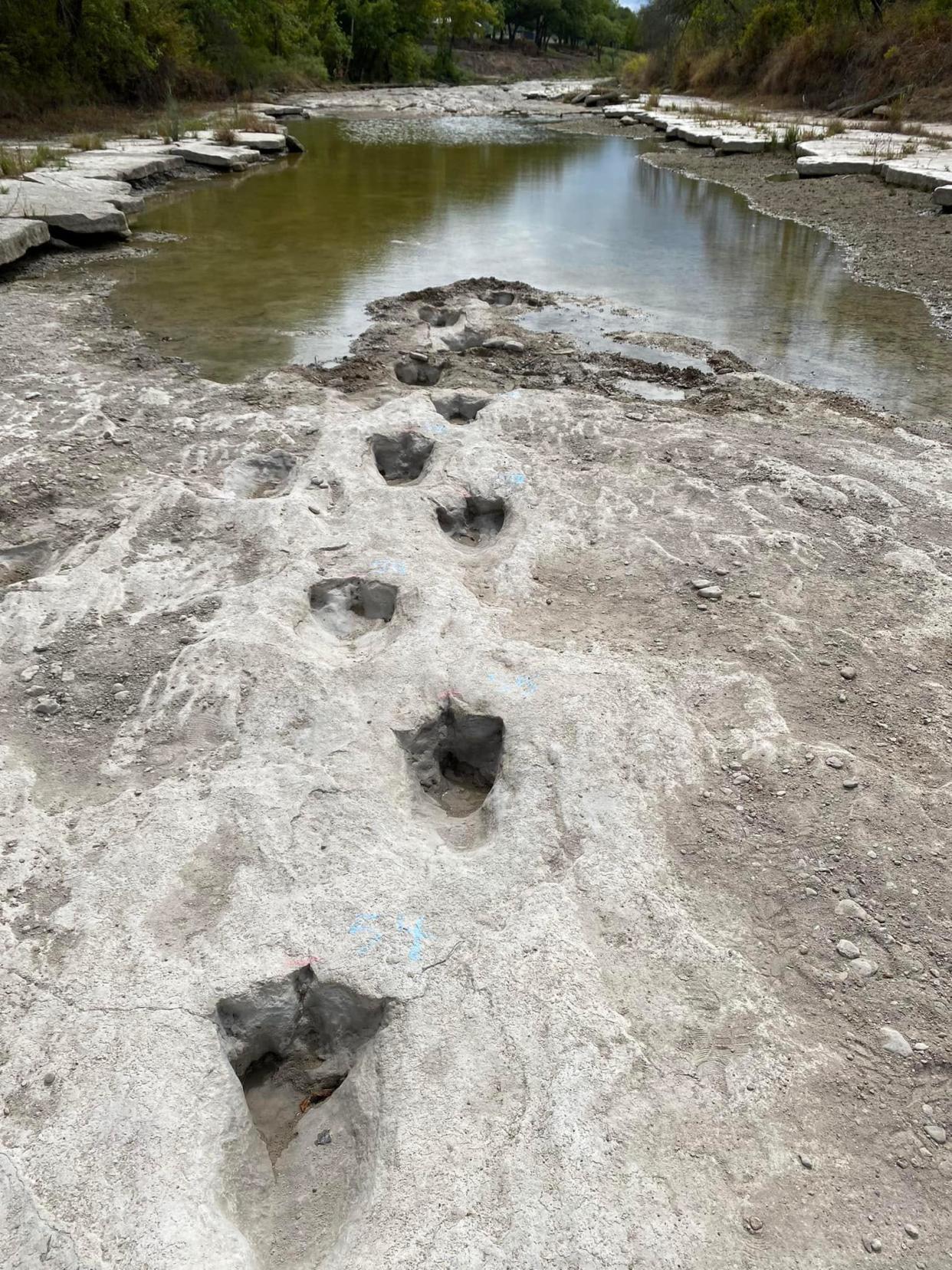 An Acrocanthosaurus would stand about 15 feet tall as an adult and weight close to seven tons. Sauroposeidon would be about 60 feet tall and weigh about 44 tons as an adult.

While the new tracks were briefly visible, the upcoming rain is anticipated to cover them again. The visibility of all the tracks at the park depends on the amount of rainfall in the area, and while the tracks uncovered by the drought will soon be buried again, the sediment actually helps protect them from natural weathering and erosion.

“While they will soon be buried again by the rain and the river, Dinosaur Valley State Park will continue to protect these 113-million year old tracks not only for present, but future generations,” Garcia said.