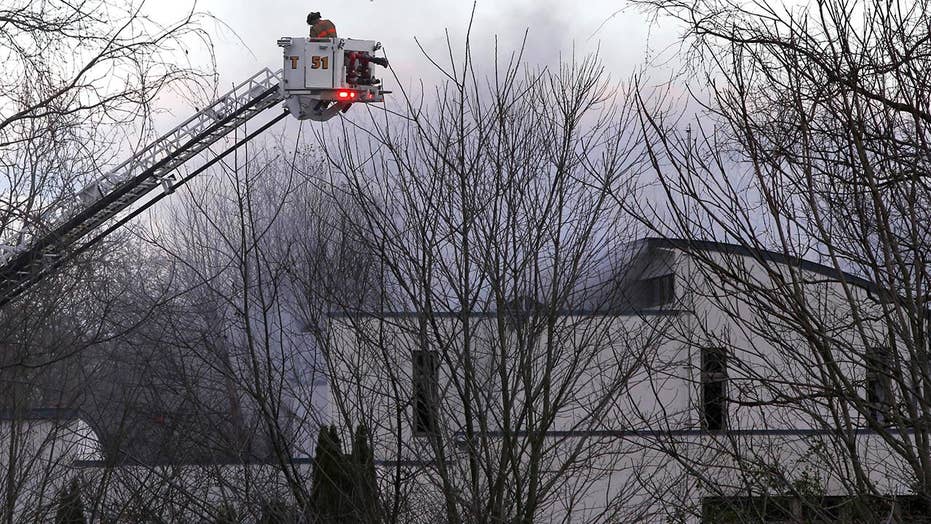 The brother of a mansion owner whose family was slain before the structure was set ablaze was spotted in his neighborhood about a half hour before that fire was started, a neighbor said Wednesday as a community came together to mourn the loss.

The neighbor, who asked not to be identified, told the Asbury Park Press that 51-year-old Paul Caneiro stayed near his home in Ocean Township until about noon.

Caneiro was charged Wednesday with setting fire to his own home Tuesday in Ocean Township, allegedly using gasoline to set the structure ablaze while his wife and two daughters were inside. No one was hurt in that fire, which was reported at 5 a.m. Tuesday. Less than eight hours later, the fire that destroyed his brother's home was reported around 12:30 p.m. about 10 miles away in Colts Neck, authorities said.

The neighbor in Ocean Township who lives two houses away said that he saw the 51-year-old, his wife and two daughters after the early-morning blaze, and that one of the daughters even asked to use his bathroom. 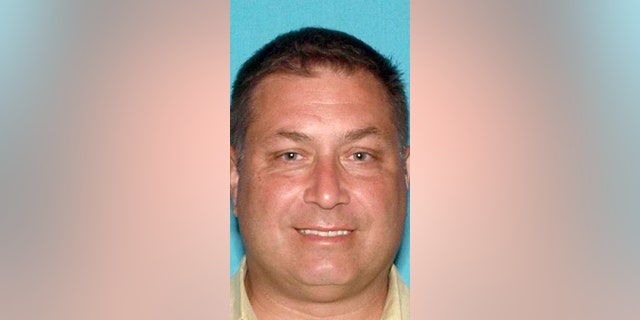 "They were great neighbors, very friendly. This is unexpected news," the neighbor told the Asbury Park Press.

Caneiro's brother, Keith Caneiro, was found was found shot to death Tuesday on the lawn of his mansion in Colts Neck. Inside, authorities found the remains of his 45-year-old wife, Jennifer Caniero, and their children, 11-year-old son Jesse and 8-year-old daughter Sophia. Officials said that all four were the victims of "homicidal violence."

Monmouth County Prosecutor Christopher Gramiccioni tried to reassure the public that a random killer was not on the loose in the affluent community of Colts Neck, which is also home to some celebrities.

"We believe that this family in some form or fashion was targeted," he said, adding that he could neither confirm nor deny that Paul Caniero was a suspect in the slayings. 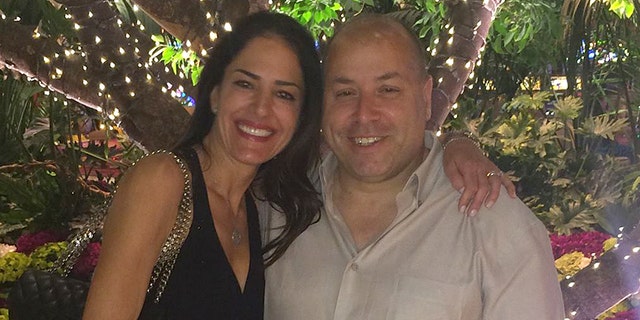 Keith Caneiro and Jennifer Caneiro, who were found dead at their New Jersey mansion after officials responded to a fire at the home on Tuesday.
(Facebook)

Former police officer and federal mafia prosecutor Joe Peters told "FOX & friends" the killings and fire at the mansion a "a very strange and bizarre circumstance," and gave insight on where investigators are likely focused.

Peters added that as the spotlight appears to be focused on Paul Caneiro, there could be several possible motivations if he faces charges related to the mansion fire and killings.

The bodies of tech CEO Keith Caneiro, his wife Jennifer Caneiro and their two children were discovered when authorities responded to a fire at their New Jersey mansion.

"They were in business together, in two businesses, that's motive number one," he said.

Keith and Paul Caneiro were partners at a technology firm in Asbury Park called Square One. All four members of Keith Caniero's family were "victims of homicidal violence," the prosecutor said, adding that there was no indication of suicide.

Residents in Colts Neck came together Wednesday night on the steps of town hall in remembrance of the family, NJ.com reported. 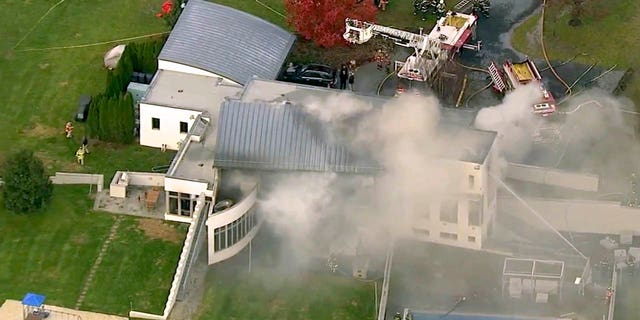 In this image made from a video provided by WABC firefighters battle a fatal fire on Tuesday, Nov. 20, 2018, in Colts Neck, N.J.
(WABC via AP)

Mayor JP Bartolomeo told the crowd gathered for the candlelight vigil that the Caneiros would be seen in town attending school sporting events or at local stores, and were well known.

"I'd be lying if I stood here and told you this was easy," he told the crowd. "We lost four really nice people from our community, who I happened to be friends with, who my boys were friends with." 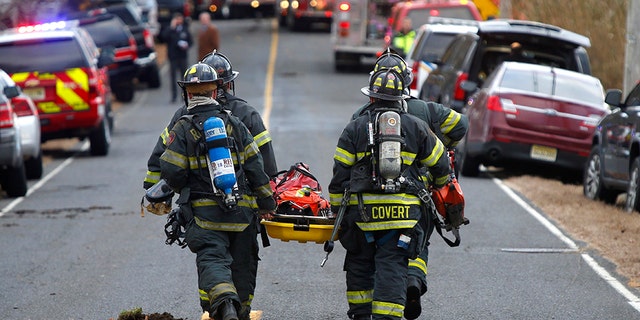 Colts Neck, about 50 miles south of New York City, is home to a number of celebrities, including Bruce Springsteen. Former "Daily Show" host Jon Stewart and his wife operate an animal sanctuary there. Queen Latifah sold her mansion there in 2015. Current and former members of the band Bon Jovi have also called it home.