Labour hold Lewisham East with over 50% of the vote as new MP warns: ‘We will not tolerate an extreme Brexit’

Labour has held Lewisham East after winning over 50 per cent of the vote in a by-election.

Janet Daby said she was ‘humbled and delighted’ to be the London constituency’s new MP.

In her acceptance speech, Ms Daby said her victory meant ‘we will not tolerate an extreme Brexit in Lewisham East’. 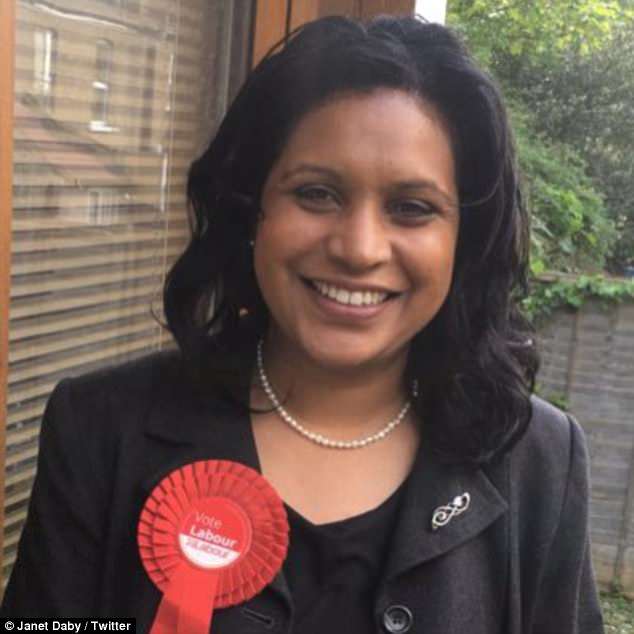 In her acceptance speech, Ms Daby (pictured) said her victory meant ‘we will not tolerate an extreme Brexit in Lewisham East’ 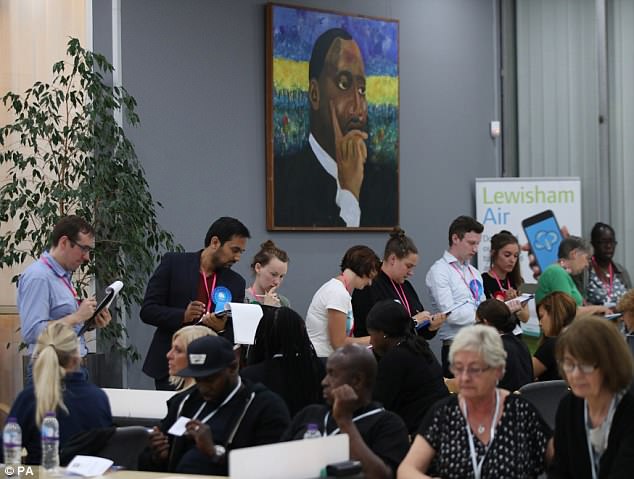 The election was called after Heidi Alexander resigned so she could work for Mayor of London Sadiq Khan. Pictured: The votes being counted last night 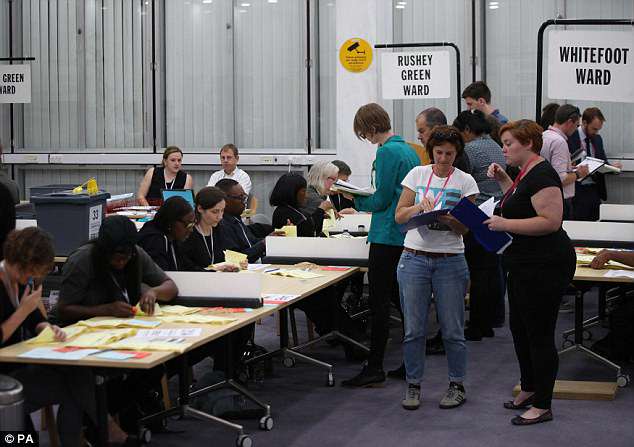 ‘We refuse to stand by and let a Tory government devastate our schools, our health service and our housing,’ she added.

The election was called after Heidi Alexander resigned so she could work for Mayor of London Sadiq Khan.

Only a third of eligible voters cast their ballot last night.

Lucy Salek for the Liberal Democrats came second with 25 per cent of the vote, a 20 per cent improvement on the party’s performance in 2017.

Tory Ross Archer came third with 14 per cent of the vote, doing eight per cent worse than the party did last year.

Anne Marie Waters, the controversial For Britain candidate, said the party would ‘continue to grow’ after contesting its first election.

The Sharia Watch director said her party struggled with ‘lies’ of being labelled ‘far right’ and ‘racist’, claiming the party was neither left nor right wing.

She added she left the Labour Party as she could ‘no longer tolerate the direction it was going in’, citing the party ‘overseeing the multicultural transformation of the country’.

Ms Waters won one per cent of the vote.

Ukip candidate David Kurten said he would have been pleased if he received more than the 2 per cent of votes that the party expected.

The former chemistry teacher said he ‘wanted to put the case for Brexit’ on doorsteps and attacked funding cuts to police budgets, saying it had contributed to a ‘spike’ in violent crime in the capital.

Mr Kurten, who sits on various London Assembly committees, added: ‘Who knows, there may well be another election coming up given the febrile state of the two main parties.’