Locals were less than pleased at the newly-opened Guangxi New Media Centre which, apparently, resembles a penis and testicles. 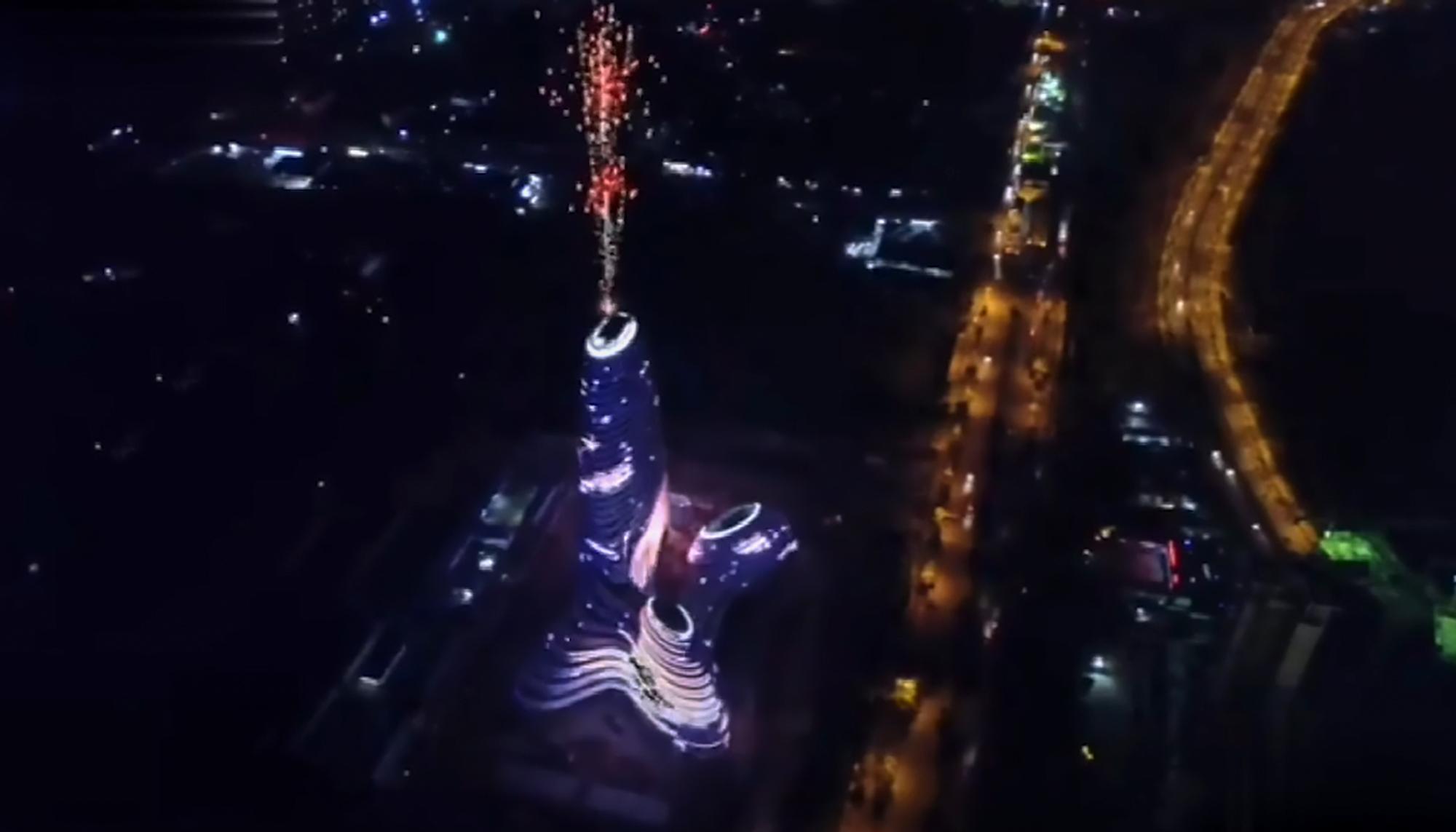 It was unveiled last month following two years of construction in the autonomous region of Guangxi in south-eastern China, bordering with Vietnam.

Footage showed the top of the building hosting a fireworks display to mark the Mid-Autumn Festival, celebrated by Chinese and Vietnamese people.

But it turned out the aerial shots of the illuminated building at night-time were doctored.

Many said the display making the full-moon festival made it look as though it was ejaculating. 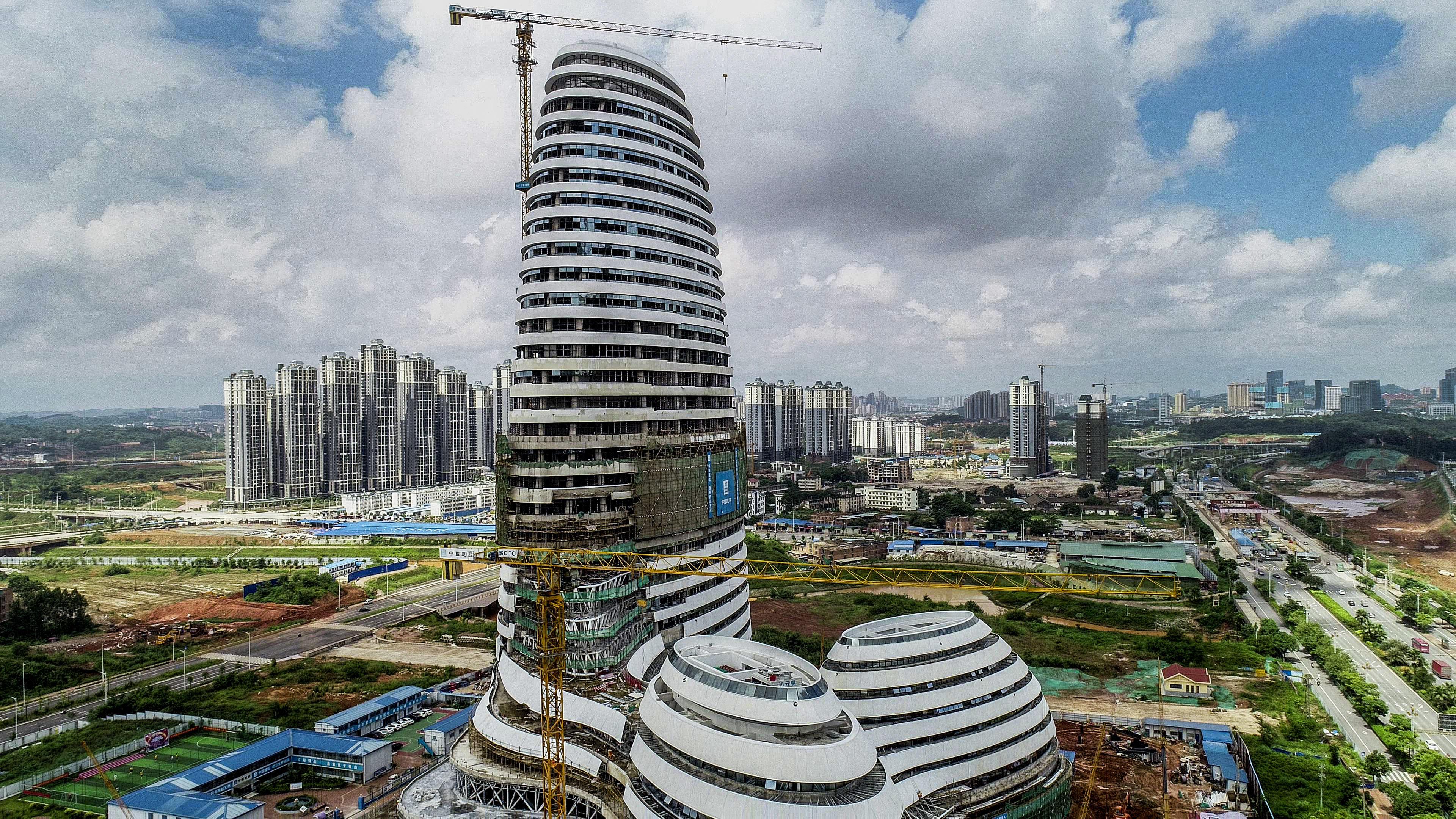 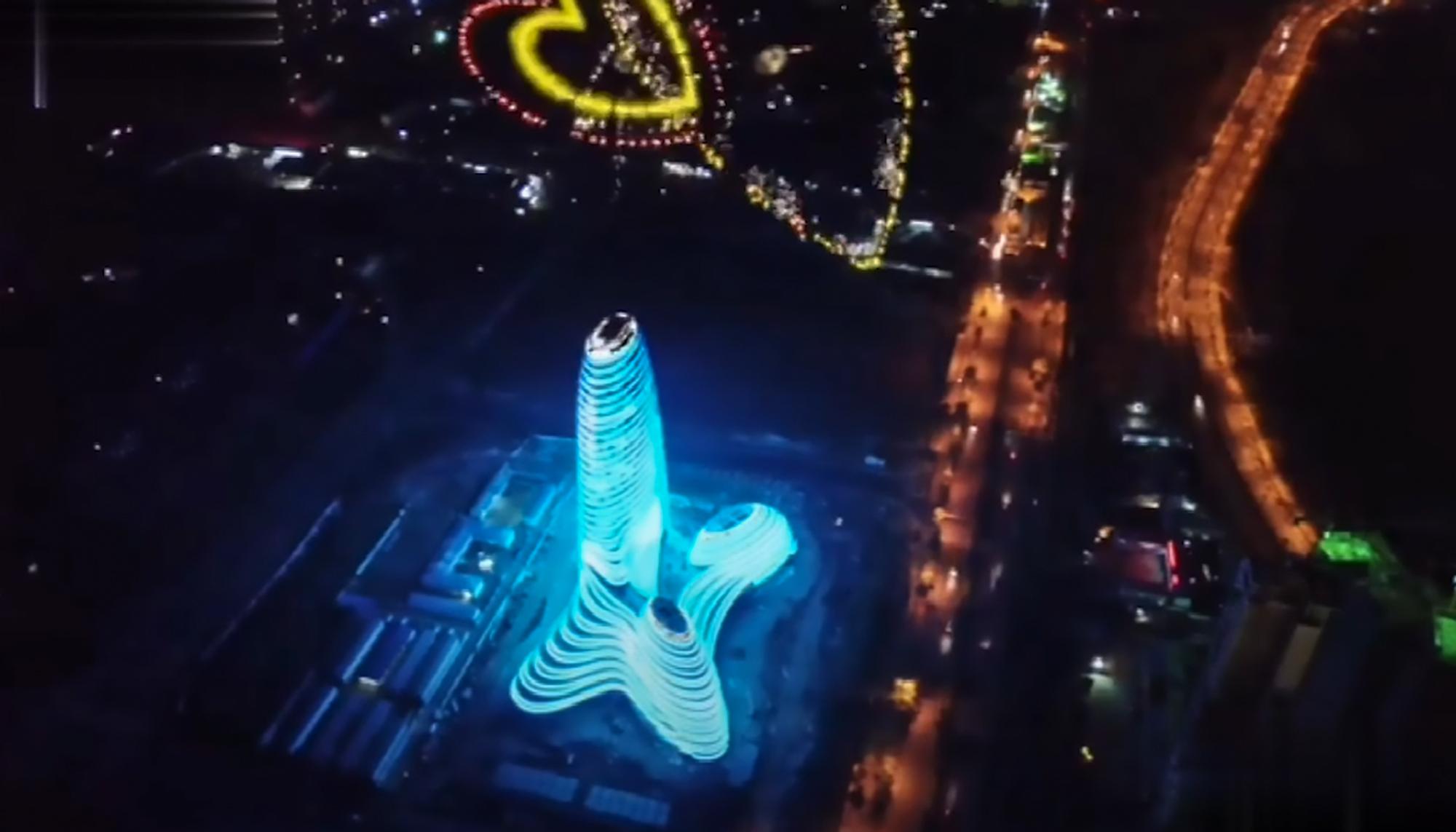 At first, the building was lit up with pulsating pink colours which turned blue as heart shapes exploded in the night sky.

The architects are reported to have designed the building on the terraced landscapes that the provinces of Guangxi and Yunnan are famous for.

Social media, of course, has been awash with jokes at the building's expense.

One person wrote: "Maybe it should be called d*** tower?"

Another said: "To me it looks like a zebra-striped bong!"

Augustus Manchurius added: "Live fireworks performance was placed on top of the building to mimic ejaculation."

My night in Britain's most haunted house