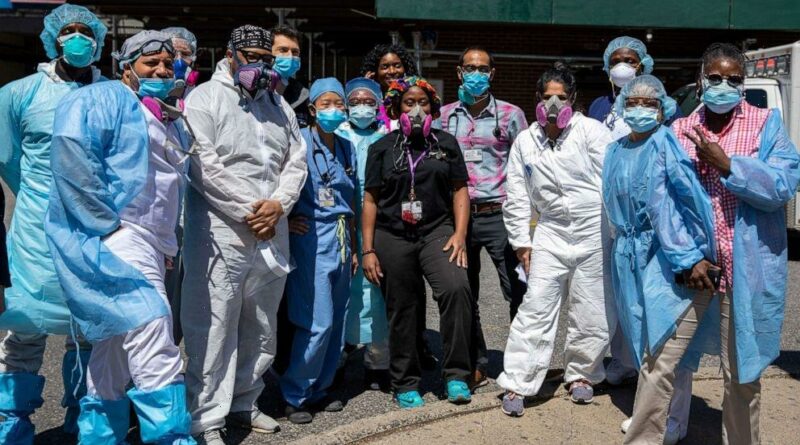 The celebration, called The Hometown Heroes Parade, will take place along the Canyon of Heroes in lower Manhattan on July 7, about 16 months after New York City became the nation’s first COVID-19 epicenter.

The city’s seven-day average positivity rate now stands at a record low of 0.59%, the mayor said.

De Blasio said the pandemic’s “health care heroes” are “extraordinary and need to be remembered for the ages.”

Ticker tape parades along the Canyon of Heroes are a historical part of New York City. These parades have honored people from Amelia Earhart in 1932 to Winston Churchill in 1946. The most recent ticker tape parade was in 2019 for the U.S. women’s national soccer team after they won the World Cup.

“Ticker tape parades up the Canyon of Heroes, they’ve happened for generations,” de Blasio said. “But this one will have a special spirit to it, a special heart and soul, because it’s about celebrating everyday New Yorkers who did something heroic and need our thanks.”

“Floats for health care workers, first responders, educators, municipal workers, transportation workers, grocery and bodega workers, delivery people, you name it. All the essential workers who made it happen,” the mayor said. “It’s a day to celebrate and appreciate the heroes who often go unsung.”