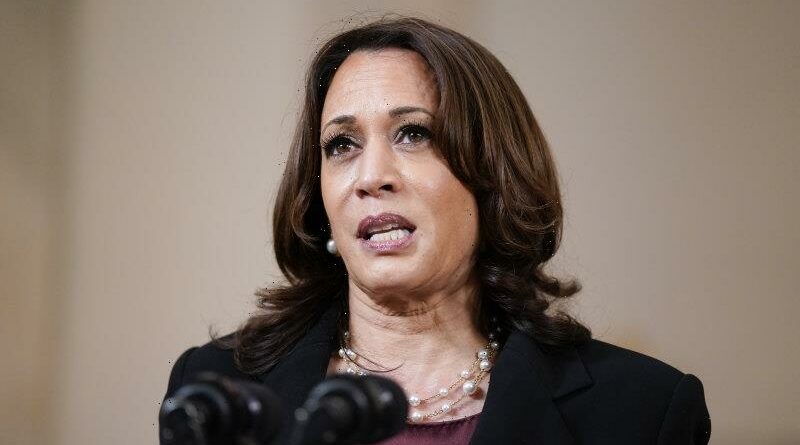 New York: The article splashed across the cover of Saturday’s New York Post seemed designed to enrage Republicans who railed against the Biden administration’s immigration policies.

Under the tabloid-ready headline “KAM ON IN,” The Post, which is controlled by conservative media baron Rupert Murdoch, claimed that copies of a children’s book written by Vice-President Kamala Harris were provided at taxpayer expense in a “welcome kit” for unaccompanied migrant children at a shelter in Long Beach, California. 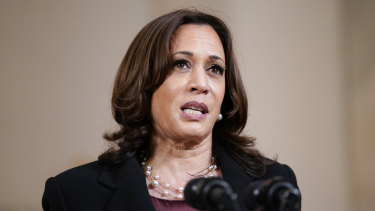 The story whipped around conservative media and elicited denunciations from leading Republicans, including the party chairwoman. A reporter for the Murdoch-owned Fox News, which published its own online article about the claims, asked about it at a televised White House press briefing.

But the claims were untrue. And on Tuesday (Wednesday AEST), the Post reporter who wrote the original article said she had resigned from the paper because of “an incorrect story I was ordered to write,” describing the episode as “my breaking point”.

In fact, no books by Harris were provided by government officials at the shelter, and the sole copy seen in the photograph that The Post published on its front page had been donated through a neighbourhood toy and book drive for the migrant children, local officials told The Washington Post.

The rise and collapse of the tabloid’s false accusations about the Vice-President illustrated the speed at which political misinformation can be weaponised in the modern media environment. The Post later issued brief corrections, but only after its falsehoods had been amplified at face value by leading Republican Congress members and cable news stars. 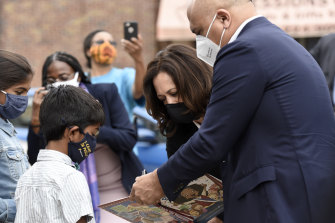 Then vice-presidential candidate Kamala Harris sings a book during a campaign stop in 2020. Her children’s book is called “Superheroes are everywhere”.Credit:AP

“Now they’re forcing taxpayers to buy Kamala Harris’ book to give to those illegal immigrants?” Republican Senator Tom Cotton of Arkansas wrote on Twitter on Sunday, adding a link to the story; Cotton’s tweet was later deleted.

The author of the original article, Laura Italiano, wrote on Twitter that she had resigned from the paper, describing the Harris article as “an incorrect story I was ordered to write and which I failed to push back hard enough against”. She added, “I’m sad to leave”.

Her abrupt exit underscored some tensions currently roiling The Post.

Murdoch installed a new editor at the tabloid to replace Australian Col Allan last month. At least eight journalists there have departed the paper recently, including a White House correspondent, Australian Ebony Bowden.