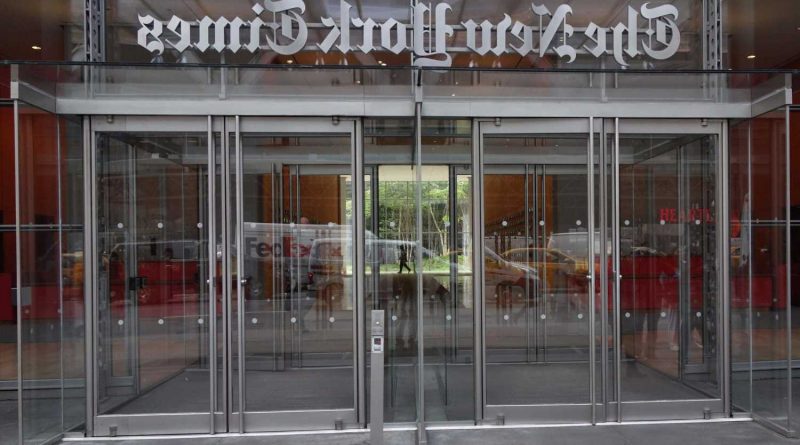 Firebrand writer tapped to bring Gawker back from the dead

New York Times journalists want the company to bring in “Ally McBeal”-style gender neutral bathrooms and to retroactively revise the bylines of transgender journalists who have changed their names.

Those are the issues topping the list of demand by the Gray Lady’s unionized editorial staffers as negotiations kick off for a new contract, Media Ink has learned. The previous union contract expired at the end of March.

So far, management is digging in its heels on the bathroom question as well as on revising bylines on past stories by transgender journalists.

The union also claims that the The Times is resisting its requests to set any hard-and-fast diversity guidelines on future hires, despite acknowledging earlier this year in a report from Deputy Managing Editor Carolyn Ryan that it has fallen woefully short in its efforts to diversify.

According to a memo circulated to members of the union by the Guild’s Bill Baker following an April 14 negotiating session, management “pushed back on our proposal to retroactively correct the bylines of transgender journalists who change their names.”

“While they agreed to change bylines on stories published after an employee’s transition, they said that retroactively correcting deadnames would be ‘fraught’,” Baker explained. “We countered that incorrectly crediting journalists for their body of work is ‘fraught’ as well.”

The Guild said the company also rejected a union proposal to diversify its staff by “requiring that half of interviewed job candidates to be from underrepresented groups.”

The company said it worried its managers would misinterpret the goals as “quotas” and “make race-based decisions” as a result, the memo said.

The final blow, the memo noted, came when “the company would not commit to gender neutral bathrooms on every floor.” It’s a demand that has some insiders recalling the popular law firm comedy-drama starring Calista Flockhart as lawyer Ally McBeal, wherein many of the most interesting dialogues unfolded in the gender neutral bathroom of the Boston-based law firm of Cage and Fish.

A Times spokesperson did not return a call at the time of writing. The Guild currently represents about 1,300 journalists and business side staffers and is seeking to add another 650 technology workers to its ranks.