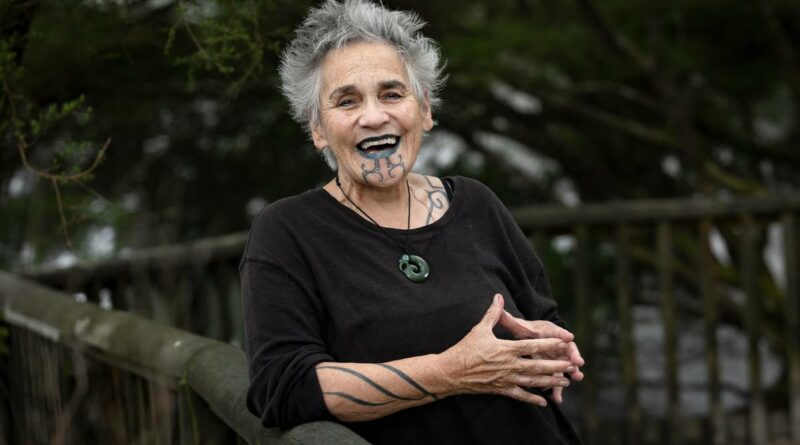 To be gay in New Zealand in 1972 meant living under discrimination that could cost you the roof over your head, the job that paid your bills, the safety to show affection in public and, if you were male, the legal right to have sex with another man.The dazzle of Pride celebrations, same-sex marriage, even the Homosexual Law Reform Act – which legalised consensual sex between men aged 16 and over -were still years away. But the fight had begun.Ngahuia te Awekotuku is now an emeritus professor of the University of Waikato, and longtime activist and writer.Wind back the clock almost 50 years and she was a University of Auckland student and member of the newly-formed Gay Liberation Front, soon to be at the centre of the fight for gay rights in New Zealand.

The first gay action in New Zealand wasn’t glittery and glamorous and full of chiffon scarves and beads and bulls***.

It also wasn’t in Albert Park with Queen Victoria [activists famously gathered under the former monarch’s statue in June 1972 chanting “Will Victorian morality ever die?”].

That was a few months later and by then we’d had a series of campus events and parties and we were really rolling.

We’d begun our wild Gay Liberation Front group in February/March 1972 and our first public confrontation was actually a challenge we made to Patricia Bartlett, after she was invited to speak at the Christian Union hall in Upper Queen St.

She was a rabid anti-abortion, anti-feminist, luridly Christian person who voiced all this destructive, poisonous stuff about the dangers of drugs, sex and rock ‘n’ roll.

She was incredibly popular and she was running about the nation, funded everywhere she went, spouting all this toxic rubbish, including calling us vile young perverts.

So the vile young perverts decided they needed to confront her.

It was a full house at the hall, at least 200 Christians, and there was probably about 15 of us.

We scattered ourselves among the audience and then, when Bartlett started haranguing us, we stood up.

Nigel Baumber was especially outstanding because he stood up, and he was this delicate little Botticelli angel guy, he was beautiful, and he always wore skimpy tank tops and lots of jewellery, lots of beads, and he had shoulder-length curly hair, and he stood up and said, “Why can’t I love the person I love? Why can’t I marry a man?”

And everybody just went bloody crazy. They all immediately turned on him.

I was sitting about two people down from him, on the aisle, and I stood up and said, “We have a right to love”.

Unfortunately, at that moment Tim Shadbolt and his group AUSAPOCPAH, whatever the f*** that means, came barrelling through the door with their placards against the Vietnam War and started screaming, “War is the true obscenity, make love, not war”, and they completely shattered our action.

And then someone attacked Nigel, and I went to him and this old woman attacked me, I got whacked around the head with an umbrella.

Shadbolt’s group was marching around the perimeter of the hall chanting one of their anti-war slogans, ‘Out now’, which was hilarious, because they actually meant out of Vietnam.

While that was going on and everyone was shouting and all the Christians were in an uproar, we ran up to the stage – Patricia Bartlett had been ushered out by the police by then -with our banner, which was two bedsheets sewn together.

There was a hairy blonde man I didn’t know, and I threw him one end of the banner and we pulled it across the stage, and it said, “Gay is proud”.

We held it for what felt like an hour but was probably only about 3.5 seconds, and then I got pulled down off the stage by very burly Christians.

The police came but we didn’t get arrested. We were kind of hustled out, like a rabble. It was really ugly.

I don’t remember feeling afraid, although at that time there was always the potential for violence from the public, and the police, but certainly the public.

If someone wanted to wade in and give you the bash they could. They were licensed to, because they were “defending decency”.

I just felt excited. We were so absolutely convinced of the righteousness, of the need of what we were doing.

The necessity and the righteousness gave us courage.

Because, for the boys, every act of intimacy they enjoyed was criminal.

Every time they held hands or they chose to be affectionate they were at risk – of being bashed up by other men, being narked on by colleagues.

For us as women, we could lose our accommodation, our jobs, even though we weren’t criminalised.

But the social attitude towards us was judgmental, disrespectful and dehumanising.

People have forgotten about this action, because it wasn’t balloons and fabulousness. It was visceral confrontation.

And one of the things that’s so tragic, is that most of us are dead.

Nigel Baumber was one of our first AIDS victims. With AIDS, poverty, disease, major drug use, we’ve gone.

It so interests me that no one remembers that night. But, Jesus I do.

I know it made a difference.

There were Christian parents in that gathering with concerns about their children, about their own situations.

I also think there were probably people in the audience who were living in the closet and who were suffering really heinously.

And so they saw us being really outrageous and brave and confident, and really proud.

We opened that little crack in their closet door and it worked.

• As told to Cherie Howie